Syphon Filter 3 looks, plays, and feels more like an expansion pack for the previous games than a true sequel.

The original Syphon Filter turned a lot of heads in early 1999 with its varied and complex mission-oriented gameplay. Not long after Metal Gear Solid made the stealthy spy thing cool, Syphon Filter capitalized on that theme with fewer cinematics and more intricate gameplay. Scarcely a year later, Syphon Filter 2 was released, but it represented a marked decline in quality from the first game. Now, as 2001 draws to a close and the PlayStation 2 sees an ever-expanding installed base, Sony has inexplicably decided to put out Syphon Filter 3 on the waning PlayStation, proving that someone must still be interested in the system. But will the third iteration of the series provide enough incentive for forward-thinking gamers to dust off their old PlayStations for a few more missions?

Let's be up front about this: Syphon Filter 3 looks, plays, and feels more like an expansion pack for the previous games than a true sequel. It's incredibly striking upon starting the game how similar it is to Syphon Filter 1 and 2. The heads-up displays, the menu graphics, the sound effects--if you've played either of the first two games, you've seen it all before. But Syphon Filter is a series known for its gameplay, not extravagant graphics and sounds, right? Right. Fortunately, that's the one area where the third game in the series still delivers.

Once again, Gabe Logan is cast as the square-jawed protagonist and pitted against his former spy organization, the mysterious Agency. In an interesting turn, the missions are presented as a series of flashbacks illustrated by the testimony of Gabe and his compatriots to a government panel. Each mission is prefaced by a short cinematic sequence during the hearing, then the game flashes back in time to the mission itself. This time around, you'll play as more characters than just Gabe; allies like Lian Xing and Dr. Mujari deliver testimony on their own past activities, and you'll control them as well. The differences between characters are merely cosmetic, though, as they all play exactly like Gabe. Still, the flashback model is a novel approach to the game's story.

As stated, the gameplay in Syphon Filter 3 is identical to that of the two games before it. The action is seen from a third-person perspective, and you can switch to a first-person mode when precise aiming is called for. Each mission provides a map and a list of objectives you have to accomplish to successfully complete it. These objectives are many and varied, but they generally consist of getting to the appointed place, "using" the required object, and then letting the story take over.

Combat is the central component of Syphon Filter's gameplay, and you have the typical assortment of weapons to fight your foes with. The third-person perspective makes aiming at enemies exceedingly difficult, but an automatic targeting system is thankfully available to alleviate this problem. After you make visual contact with an enemy, he'll show up as a dot on your short-range radar, and you can lock onto him by simply hitting the R1 button. If multiple enemies are present, tapping R1 will cycle through them. This is perhaps the single most important gameplay feature in the Syphon Filter games--without it, the game would be nearly impossible. In fact, all the controls in the game are pretty refined, but if you've played the first or second games, you already know that.

The nicest and most appropriate descriptor for Syphon Filter 3 is that it's more of the same thing that made the first game good. Unfortunately, what was great almost three years ago doesn't hold nearly as much water these days--and this, combined with the ailing PlayStation hardware, means Syphon Filter 3 is looking a bit lackluster. Make no mistake, there's still a solid game under the thick layer of dust, but the sad fact is that Syphon Filter 3 should be a PlayStation 2 game. As it stands, the game will appeal most directly to die-hard fans of the series and those looking to squeeze a little extra life out of their old hardware. If you've already graduated (or soon will) to the next generation of game systems, however, you'll probably want to look for something a little more modern in your next purchase. 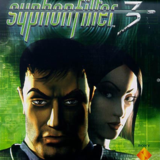 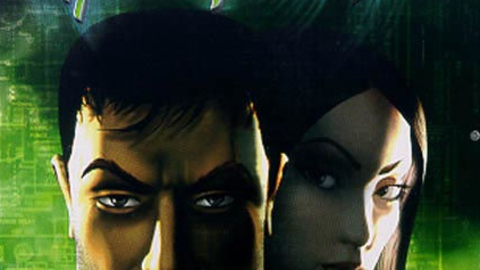 Syphon Filter 3 looks, plays, and feels more like an expansion pack for the previous games than a true sequel.