Memories fade in the coldest winter.

Once in a while, a renowned series from the past makes a welcome return after years in hiding. In their day, Syberia 1 and 2 were regarded as distinguished point-and-click adventure games that captured both mysticism and mystery, but 13 years later, most of that has been lost in Syberia 3. Although the threads that weave this series together return, its delivery is wholly underwhelming. Dialogue feels disconnected and the important moments lack impact, resulting in a story-centric game that rings hollow.

You play as series protagonist Kate Walker, an adventurous ex-lawyer from New York who ended up in Eastern Europe after helping one Hans Voralberg fulfill his dream: to ride the once-mythical mammoths on the island of Syberia. She leaves the island and is found by the Youkol tribe nearly frozen to death, and this is where Syberia 3 begins. Having been saved by the Youkol, Kate is compelled to help them overcome the roadblocks along their sacred migration across the Eurasian landmass. Many pieces of the previous game remain--the robotic Automatons built by the Voralberg family, Kate's vehement departure from home, and the aforementioned Youkol, a spiritual indigenous Asian tribe.

Set in fictional locations across Russia and the Eurasian landmass, Syberia 3 illustrates a quaint port village named Valsembor that's sprinkled with light snow. The charming town has a cozy tavern where the locals gather, and it feels like a place I'd want to spend a late afternoon. The game also takes you through the abandoned and rusted theme park in Baranour, where you can see remnants of a place that once fostered fun and imagination. It was tragically destroyed by nuclear fallout, and radiation still blocks off parts of the park, but once you get the power back on, a flicker of hope seeps through as your Youkol companions enjoy the salvaged rides for a brief moment.

As Kate, you complete objectives that consist of locating an item needed to solve a puzzle or speaking to someone who has information that's needed to move on. Syberia 3 moves away from the point-and-click controls of the past, and you're now in direct control of her. There aren't any fail-states or action sequences that ratchet up tension; that's fine, but the solutions to your goals are only mildly interesting obstacles that never really tap into or build upon your knowledge. Many of these moments rely on arbitrarily placed objects that either require a sharp eye or just blind luck to find. One genuinely clever puzzle forces you to finagle with the accelerometer of a broken-down roller coaster and figure out how to get the car to stop at a the entrance of a secret passageway. The necessary information can be derived from a paper clue nearby, but you need two metal poles to do the job. However, one is haphazardly placed under a bench within the expansive amusement park. So, even the better gameplay moments of the game are held back by curious design decisions.

Another scene requires you to find flares to fend off an attacker at sea, but the flares are placed under a bench in your ship that’s only visible if you enter the room from a specific angle. You may come across this item within minutes, or just as likely scramble for much longer. Regardless, player skill or cunning is not in the solution's equation. Important items are sometimes indistinguishable in the environment, a problem compounded by the game's semi-fixed camera angles and sluggish movement. Simple actions, such as changing direction and getting Kate into position, can be downright frustrating.

When you’re not pitted with obtuse puzzles, you're speaking with other characters who can assist you along the journey. You're given Telltale-style speech options to either alter Kate's conversational tone or dig up more backstory, but these often result in a slightly altered scene afterward or further down the road. You also have the ability to hear her thoughts during heated conversations, but it's simply meaningless exposition that tries to justify any of the presented options. There's always only one specific solution to objectives, devoid of any player agency.

For a game that relies so heavily on character interaction and dialogue to tell its story, Syberia 3 falls well short of making good on its approach. A large majority of dialogue sequences feature close-up views of the characters, which makes the overtly out-of-sync lip movement far too jarring to ignore. More often than not, the poor voice acting detracts from the characters’ presence and authenticity. Lines are delivered in the most inconsequential tones and out-of-context manner, reaching territory that'd have Siri or Alexa seem organic. For example, one supporting character speaks in run-on sentences, not even pausing to take a breath or express emotion for her ailing grandfather. That elderly man sounds as if he's voiced by someone 50 years younger. Meanwhile, Kate's original voice actress makes a return, but rarely do her lines ever match the gravity of the events that surround her. There isn't a natural pace to the speech, and many of the phrases and words sound like they’ve been lost in translation, sometimes bordering on nonsensical. Kate is constantly referred to as the American interfering with the issues at hand, but no one--other than the Youkol--seems to have any accents to match the game's setting. This relentless dissonance in tone and delivery permeates the entire game.

A returning companion and the captain of the Krystal ship are a few faint highlights, characters with more complex backstories and important roles. However, Syberia 3's antagonists are as cliche and faceless as they come. An evil doctor (who is constantly and nauseatingly called by her full name) and an eye-patched military commander make for the most hamfisted and cheesy villainous duo in recent memory. Without any semblance of purpose or motivation, they want the Youkol to modernize and integrate with modern society.

Rather than playing a vital complementary role in the Youkol’s journey, Kate is essentially their lone savior. Without her direct help, the Youkol tend to helplessly flounder about and sit idly by while she solves all their problems. The problem with this doesn't rest solely on some fictional Western savior complex, but also in the fact that the Youkol people never really develop as characters or become a bigger part of their own story. A late-game reveal adds a layer of depth to Youkol history, but it's first introduced in a throwaway line. The meat of this lore is relegated to a book in your inventory, which gives the time and place of your actions relevance. It's a significant tragedy that contextualizes a political struggle, but again, it's held back by clumsy presentation.

Amidst the grating dialogue and off-putting character animations is an atmosphere worthy of a better game and better-delivered story. Renowned composer Inon Zur (whose background includes the 3D Fallout games, Dragon Age series, and even Syberia 2) delivers incredibly rich and memorable music. The beating percussion uplifts a sharp orchestra that exudes infectious melodies and harmonies, driving home the feeling of charting unknown territory in remote parts of Eastern Europe. I even found myself unconsciously humming these songs outside of the game. The great music coincides with a cold and grim, yet captivating atmosphere, creating a world that should be lived in.

And that's the overall feeling with Syberia 3. Slivers of enjoyment and potential are found within a disconnected and underwhelming journey. The characters, their interactions, the way they speak, and the reason they even exist all mash into a puzzle-adventure game devoid of significance or impact. The Syberia series deserved a better return, otherwise, it should've been left in the past.

View Comments (51)
Back To Top
4
Poor
About GameSpot Reviews 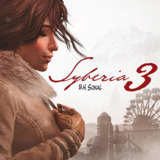 Michael was captivated by point-and-click adventure games early in life with the likes of Broken Sword: Shadow of the Templars and Escape From Monkey Island. Having played Syberia 1 and 2 all those years ago, he looked forward to what the third game had to offer and spent about 12 hours to complete Kate Walker's new journey. A copy of Syberia 3 was provided by Microids. 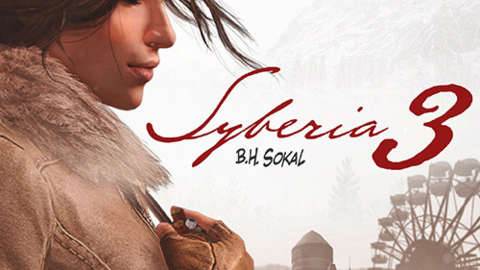 An immersive adventure experience awaits patient fans of the 2002 series, Syberia, with the third installment finally being unveiled.