I've got a need. A need for space speed.

Life's not easy when you're a wannabe Lothario and rogue but your day job is being the galaxy's most reliable (and poorly behaved) freight hauler. Sure, you get to kick up your boots in some of the most disreputable dive bars on the galaxy's outer ring, and you could cut the sexual tension between you and your boss--a wealthy and nearly immortal shipping magnate--with a butter knife, but you also have to push your freighter at breakneck speeds through the galaxy's most congested shipping lanes and protect your bounty from greedy pirates and even greedier tax men. But, hey… it's a living.

These are the worlds and emotions and possibilities shimmering on the surface of Switch Galaxy Ultra, a hyperkinetic arcade racer from British developer Atomicom Limited. And though the tantalizing backgrounds and universe that the game inhabits are never fully capitalized on, SGU takes you on a top-speed adventure with the potential to be a welcome retro throwback. Unfortunately, troubling glitches and repetition keep it from crossing its own finish line.

SGU follows the adventures of Vince Vance, a less charming version of Han Solo who needs a little dough after a fight in an alien casino. Luckily, his old job running freight for the Dakur Corporation, one of the galaxy's biggest enterprises, is waiting for him, and Vince sets out with his ship to collect and deliver Tantalum--the game's sci-fi technobabble plot mover--over the packed and busy interstellar highways that are his home away from home.

Aside from short interludes throughout the rest of the campaign that have no narrative connection to one another, that's all the story there is in SGU. The game begins on a beautifully drawn if unimaginatively written series of comic book pages that introduce the game's universe, and rare and very short comic book pages add more flavor to the universe later without providing any sort of overarching story. SGU provides the groundwork for a potential twist on the space trucking trope and then fails to go anywhere with it.

All of SGU's attention after those lavishly drawn comic book pages is placed on its core racing mechanics, which are, fortunately, as solid as it gets. SGU's core gameplay should be familiar to anyone who's played games like Audiosurf or Amplitude. You control a ship on progressively larger and more complicated tracks, and input is limited to acceleration, braking, and switching lanes. Multi-colored barriers, broken track sections, and other long-haul space truckers are all obstacles to clearing a record-fast run. A mini-game is also included at the halfway point of each track to collect Tantalum, which is used to unlock new levels, and any collisions with barriers after Tantalum is collected causes you to lose pieces of Tantalum from that level.

When SGU sticks to its simple but elegant racing, it can be a blast. Over the course of the campaign (over 50 levels), new obstacles and bonuses and mechanics are introduced at a steady pace. You can hit boost pads to kick your acceleration to supersonic speeds. You can pick up colored orbs that allow you free passage through a specific number of barriers of that color without being slowed down or losing your Tantalum. Bombs are placed in the track that you can activate by colliding with them, which in turn wipes out whole sections of barriers. Enemies slowly arrive and bomb the track and can slow your ship down with explosions or cause your controls to be inverted, which is a particularly nasty trick when you're moving so fast that your brain, eyes, and fingers must be totally in synch not to crash.

Nailing the most brutal slaloms requires a Jedi-like focus, and the only immediately comparable sense of achievement is nailing the rhythm of the toughest riffs from tracks in the Guitar Hero or Rock Band games. If you have the game's best ship with maxed-out stats (which is easy and happens well before you reach the final level), you will whip around stages like a stunt driver in a Fast and the Furious film, and you will feel totally in tune with your ship and the game's environments. Later stages are hallucinatory with their labyrinthine structures of barriers and the narrow passageways that you can survive in. The effect of the blur of colors and the focus required to navigate these levels are hypnotic, and when I stopped playing the game, my vision continued to tilt and swirl like the rollercoaster tracks I had just conquered.

The game's difficulty is a steady curve from challenging to masochistic, but it's too easy to simply ignore the challenges that the game asks you to overcome. Collected Tantalum is used to unlock later levels, and there's an assumption in the game that you'll progress through until you reach gated-off levels and return to early levels to collect the required Tantalum needed to progress. But it becomes apparent early on that acquiring Tantalum is childishly easy. Tantalum can only be lost in the second half of the tracks, and the speed with which you finish a track does not factor into level progression. So, once Tantalum is acquired, there's little reason (beyond personal pride) to push yourself to race through the second half of tracks at your best speed. Instead, it's much easier and more efficient to just hold down the brake and cruise through, ensuring that you don't lose any precious resources.

And that's especially problematic because it turns the end game into a repetitive, mindless bore. You will need nearly all of the game's Tantalum--10 pieces can be collected per level--to finish the game's campaign, and, while backtracking is kept to a minimum at the beginning and middle, by the end of the game, if you liked to try to push yourself on your first runs throughout the campaign, you will have to return to almost every level you visited picking up those remaining pieces of Tantalum you dropped. It's not a stretch to say that over half the time I spent with SGU involved backtracking to earlier levels.

While the tracks themselves--especially the later ones--are massive, the game recycles most of its environmental assets more times than I could keep track of. The first time you see the imposing and highly detailed space station/city that marks the end of your laps, the sense of scale it creates is daunting and eye-opening. When you see it 50 more times, it loses its wonder, and the same goes for the asteroids, planets, and space stations that dot your journeys.

Performing well in missions earns you credits that can be spent to upgrade your ship and buy new ones. And returning to early levels with a stacked ride is entertaining, as you travel so fast and your ship is so tough that hitting a barrier here or there becomes as meaningful as a fly running into the windshield of a semi. They barely slow you down. But there aren't enough progression options to fill out the game's sluggish end, and by the time I reached the last group of levels, I'd amassed a fortune in credits because I'd run out of meaningful things to spend money on.

While SGU lays the groundwork for a strange and unique sci-fi universe, perhaps it's for the best that there isn't more traditional narrative. When SGU's writing isn't simply reading like Star Trek techno-nonsense, it can feel downright offensive. The game's humor is sophomoric at best, and alien characters come off as unfortunate appropriations of real-world cultures, including your sultry and clearly Russian boss and a smug alien in a dive bar that reeks of awful Hispanic stereotypes. With some cheap titillation in the art on a planet with naked alien priestesses, SGU tosses casual misogyny into its grab bag of cheap writing.

If you're willing to block out the story and to seek out the challenges that SGU provides too many ways to avoid, a deceptively fun and enticing arcade racer is there for the taking. The game is available for cross-buy for both the Vita and the PS4, and, while even the solid racing charms don't survive long play sessions, it's not hard to imagine being on a plane or on a bus and finding myself taking the chance to shave a couple more seconds off another breakneck run. 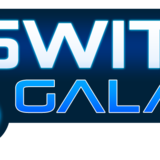 Don is down for intense arcade racers and has fond memories of wasting too many hours with Audiosurf. He spent over 10 hours with Switch Galaxy Ultra for this review. 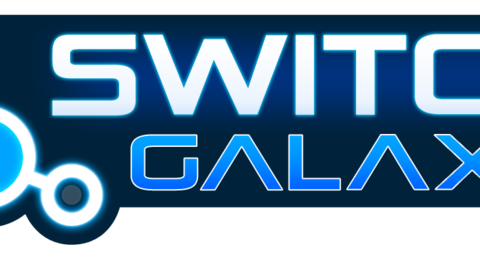 Switch Galaxy is a fast-paced arcade challenge where players must weave past obstacles and enemies as they travel across the galaxy collecting Tantalum for Dakur Technology.