Surgeon Simulator 2's awkward controls create plenty of hearty chuckles, but they only last so long before the frustration becomes chronic.

There's a fine line when playing a deliberately awkward game. On one hand, unreliable physics and purposefully clunky controls can yield hilarious results, as the struggle to perform basic actions is delightfully silly. Much like other absurdist "simulation" games such as Goat Simulator and the original Surgeon Simulator, Surgeon Simulator 2's best moments come from facing a ridiculous scenario while being woefully ill-equipped to deal with it. However, the laughs eventually die down, replaced by exasperated sighs as surgeries become more complex and picking up a scalpel doesn't get any less cumbersome.

Played from a first-person perspective, Surgeon Simulator 2 is far closer to a wobbly puzzle game than a proper simulation--albeit one with tongue firmly planted in cheek. In addition to performing surgery, you'll be navigating hospital labyrinths, solving conditional logic puzzles to access medical supplies, and generally trying to prevent the surgical dummy affectionately known as Bob from dying. Surgeon Simulator 2 features a story mode, playable solo or cooperatively with up to four players, where you're learning on the job using allegedly state-of-the-art simulation technology instead of bothering with stuffy medical school. This takes place over a series of levels, beginning with a tutorial, after which you'll be attempting your first heart transplant--a completely natural progression for medical practitioners, surely.

Surgeon Simulator 2's story is communicated through voiceover while you encounter increasingly outlandish situations. What begins as solely performing surgery quickly escalates to uncovering mysteries and conspiracies facing the shady medical facility in which you find yourself. It's all highly ridiculous, but in a way that complements the equally bizarre gameplay.

Each level challenges you to not only fix what ails the patient but also to solve various problems en route to providing treatment. This includes passing through inexplicably locked doors that won't open unless a button is pushed or a specific item is placed on a nearby scanner. Usually, an essential item lies behind these locked doors, such as a fresh set of intestines required for a transplant. However, the unlock condition is often placing the patient's old organs on the scanner, resulting in a frantic dash between rooms to replace organs before poor Bob bleeds out. Regardless of how badly you botch an operation, the only fail state is running out of blood. It doesn't matter if you conveniently forget to replace a lung as long as the diagnosed ailment is resolved. You also don't need to bother putting Bob's insides back in anything resembling anatomically correct order--just slap them in and Bob's your uncle (or rather, creepy surgical test dummy). Conversely, heads and limbs must be attached correctly. Surgeon Simulator 2 doesn't provide an explanation for this discrepancy, but making a mess of someone's insides is often incredibly funny.

While each level increases in scope and complexity, the controls offer the most consistent challenge. Beyond the standard act of moving in first-person, Surgeon Simulator 2's controls are wildly unconventional. Most notable is the sole arm dangling in your field of vision, which is used to interact with anything you can grab, be it a switch, a tool, or a vital organ. If you're using a keyboard and mouse on PC, holding shift locks your feet in place, allowing you to extend and retract your arm using the mouse. Similarly, clicking in the right-mouse button enables hand rotation, necessary for getting the correct grip angle on objects. Combined with the left-mouse button used for grabbing and releasing, Surgeon Simulator 2 intentionally makes actions taken for granted in typical first-person games incredibly clumsy. Even picking up and using a swipe access card is an awkward flailing mess, let alone successfully completing a double amputation.

At first, this baby giraffe level of coordination is hilarious; gleefully tossing vital organs across the room delights for a while. However, as Surgeon Simulator 2’s levels and puzzles ramp up in extravagance, imprecise controls begin to grate. Even when wielding a scalpel, there’s no aiming cursor or highlighted outlines to indicate what you’re about to cut free. Accidentally ripping out the wrong appendage while Bob’s vitals plummet only amuses so many times before frustration sets in.

A recurring example of Surgeon Simulator 2’s double-edged clumsiness is prominent whenever limbs are involved. Sure, you can literally grab and yank Bob’s leg off, but taking the time to use a saw results in far less blood loss. Saws and axes cause dotted lines to appear where you can chop away at the unfortunate patient, but it's far too easy to miss these guides and cause more damage than intended. While mimicking the physical act of sawing with your mouse is morbidly amusing, Surgeon Simulator 2's deliberately clumsy control system undermines its skill-based elements. This surgical anarchy would prove to be more amusing--especially in story mode--if the penalty for losing too much blood wasn't restarting the level from scratch. Some later levels are hefty and mazelike in structure, requiring a decent amount of exploration and puzzle-solving. This makes it all the more annoying when you're forced back to the beginning due to the unreliable controls causing a medical mishap of epic proportions.

Fortunately, Surgeon Simulator 2 isn't all exasperation. To help prevent disasters, there are two types of syringes: one for stopping bleeding and another for replenishing Bob's blood stores. If you prepare ahead of time by having some injections on hand, everything will usually turn out okay. Most malpractice will only occur when chasing the story mode's extra challenges, such as finishing a level within a strict time limit or keeping blood loss below a set amount.

Where Surgeon Simulator 2's obtuse nature works more consistently in its favour is in the community-created content. You can even make your own levels with a comprehensive creation mode, giving you access to all the tools seen in the story mode to enact your own brand of chaos. Oddly, the creation mode tutorial redirects you to a YouTube playlist instead of an interactive guide, which feels a little disjointed. Regardless, playing community-made levels is refreshing, largely due to how the objectives differ from simply healing Bob. You can access community levels by joining a random quickplay queue or searching for specific content to play by yourself or with others. Naturally, the quality of these levels varies, but there are plenty of clever twists on the core surgical gameplay. Some of my favorites included various escape-the-room settings, one of which was an Indiana Jones-themed level replete with giant boulders and Bob in a sarcophagus.

Surgeon Simulator 2 likely began its own medical school in protest of being kicked out of the real thing. In creating its own brand of hospital hospitality, there are plenty of laughs to be had. However, hearty chuckles from chucking a heart across a grimy hospital room only last for so long before Surgeon Simulator 2's clumsiness begins to frustrate more than entertain. 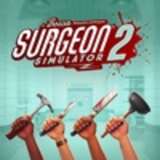 Chris spent more than eight hours in medical training, completing the story mode and checking out Surgeon Simulator's level creation and community content. He will never look at a scalpel the same way. Code was provided by the publisher. 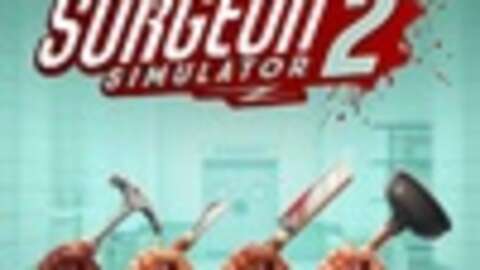