Superman Returns for the DS is a terrible game for numerous reasons.

As you'd expect, Superman Returns for the Nintendo DS takes the story from the recent film and expands on it by incorporating tangents involving other villains from the DC Comics canon. Sadly, the story is the only aspect that the game comes close to getting right. There's nothing to the board game-style presentation except that it provides another means for you to fail and have to start over, and the action levels that populate the board are badly designed and full of problems that hamper your ability to complete them. To make matters worse, the graphics and audio throughout range from mediocre to downright ugly.

The single-player mode presents Metropolis as the squares on a game board and the various super beings, including Superman, as the pieces on the board. The majority of squares are neutral, but some of them turn into disaster areas when a villain appears. During each turn, you, as Superman, and the bad guys can each move a certain number of squares. The general idea is to clean up the disaster squares and land on the squares occupied by Braniac, Bizarro, and the three other evildoers in order to challenge them to epic battles. Landing on a disaster square or initiating an epic battle will bring up an action stage in a 3D environment where you can put Superman's powers to good use. In the disaster stages, you have to do things like rescue a certain number of civilians, uncover a certain number of explosive trucks with your X-ray vision, or put the freeze on a certain number of henchmen before time runs out. Epic battles, meanwhile, are fistfights between Superman and a super villain, where you have to land punches and kicks by pressing the buttons shown at the proper time. All the while, Metropolis has a health indicator of sorts that ticks down each turn and gets a boost or a jolt depending on whether you succeeded in cleaning up the disaster or winning the battle you were just in.

The board game-style layout is an interesting idea, but there isn't much meat to it. You won't uncover any bonus squares or rewards that you'd look forward to while playing a traditional board game, and, although you can choose where to go, you'll eventually end up tackling all five villains and their 15 related disasters regardless of how you reach them. Clearly, the sole purpose of the game board was to come up with a way to give players a negative outcome. That makes sense in the regard that Superman is invincible in the game, so, since he can't die, his overall success or failure depends on whether or not Metropolis survives. Sensible or not, they could have done something to make traveling the game board more exciting.

Running out of turns and seeing Metropolis perish at the hands of Superman's enemies is actually a common outcome. It isn't that the disasters or epic battles are particularly complicated or difficult. In theory, they ought to be easy. In practice, however, the controls are clunky and slow to respond, and the levels themselves are full of glitches, graphical issues, and bad design decisions that make it tough to complete missions in the limited time provided. Often, it's just that Superman will get stuck up against a building for a couple seconds or a target won't appear until you back up and move forward again. The time limits are nail-biters though, so these sorts of unpredictable time wasters are usually catastrophic. In some instances, the culprit is a bad design choice on the part of the development team. Take the missions in which you have to locate trucks filled with explosives and hurl them into space, for example. You get a time bonus when you find a truck loaded with explosives, but that time bonus is eaten up by the nonskippable cutscene that shows Superman throwing the truck into space. There's also the matter of Bizarro's missions, which are displayed upside down. That's cute, but the disorientation only adds to the frustration brought on by the other problems. About the only positive thing that can be said about gameplay is that Superman's invincibility, strength, and various super abilities are faithfully represented.

Fans of the movie won't get much payoff for suffering through the game. Aside from the missions revolving around Braniac, Bizarro, Metallo, Mongul, and Parasite, there are a few extra missions interspersed at preset intervals that are based on scenes from the film. They're all in-flight missions in which you have to dodge obstacles and reach a goal before time runs out. The cutscenes that are displayed between missions explain in a believable way when these other villains appeared in relation to the events that transpired in the movie, and they incorporate movie imagery and dialogue without skipping a beat, but the amount of movie imagery that's used is miniscule. As it is, the images are all still frames, and the dialogue is purely text. Even though the Nintendo DS is capable of full-motion video and recorded audio, this game features neither.

Overall audiovisual payoff is practically nonexistent, anyway. On the audio end, the music is generic and loops constantly, while a good portion of the limited selection of sound effects are so shrill that they'll probably make you flinch when you hear them. There's no reason why sound effects should sound this painful coming from a Nintendo DS game, especially when the hardware is capable of much better music and recorded speech. Visually, the game board portion is nothing more than some colored squares and character icons, while the third-person stages are characterized by cookie-cutter buildings, streets that look like pudding, and blocky characters that make the earliest PS and Nintendo 64 games seem cutting-edge by comparison. Bizarro has a blocky face and features by nature, but every character, object, and vehicle in this game looks as if it was built out of rectangular blocks bought at a toy store in Bizarro World. Although the stages are small, it's striking just how empty they seem to be. There aren't any cars or people apart from those relevant to the mission, and the only decorations are light poles and trash cans placed sparingly. Incredibly, even though the stages are tiny and the graphics don't push many polygons, the frame rate has a habit of stuttering, which can make it hard to stay focused on what's happening. All in all, this game is an affront to the eyes and ears.

Despite how tough it is to get through the single-player mode, most people will load their save data a few times and eventually reach the story's conclusion in an hour or two. Twenty-five or so missions may seem like a lot, but it really isn't when you consider that most missions take about a minute to complete. The only reason the single-player mode takes as long as it does to finish is that you're forced to play through some missions multiple times thanks to all of the glitches and design gaffes. Besides the main single-player mode, the game also features two multiplayer modes. One is a multiplayer variation of the single-player mode, where as many as four players can compete to see who can control the most territory in Metropolis. When a player lands on a square occupied by another player, the two compete in a disaster showdown or an epic battle to decide control of the square. Mr. Mxyzptlk also appears periodically to pass out trick items that you can use to slow down your opponents. Each player needs his or her own copy of the game to play in this mode. The other multiplayer mode requires only one player to have a cartridge, but it's also fairly limited in that it doesn't feature the board game aspect and offers just a small selection of one-off disaster showdowns. In either case, you probably won't feel compelled to try the multiplayer modes since they're made up of the same cruddy levels from the single-player mode.

Whatever you do, stay away from the Nintendo DS version of Superman Returns. It hurts to play, it hurts to see, and it hurts to listen to. Games based on movies usually aren't very good, but this one is especially crummy. 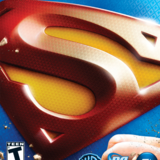 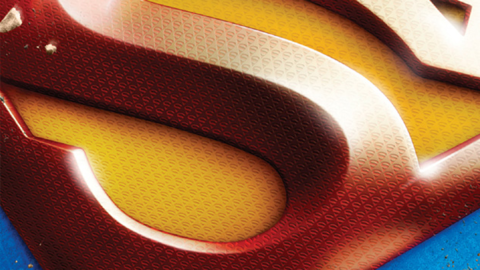