Super Stardust Delta is a solid dual-stick shooter with vibrant visuals that make it a great showcase for the PlayStation Vita's display.

With their bright colors and dazzling explosions, the Super Stardust series of dual-stick shooters can induce a trancelike state in which you're entirely caught up in the action. The PlayStation Vita features one of the brightest and most dazzling screens to ever grace a handheld device. So Super Stardust Delta is a fitting launch game for the Vita's download store. Delta's gameplay won't impress you with its originality, but it's a solid shooter that puts on one heck of a fireworks show.

You move your ship around with the left stick and fire with the right stick, traversing the spherical surfaces of the game's five planets to blast asteroids and avoid enemy fire. You frequently need to switch between your ice weapon and your fire weapon to more effectively cut through obstacles, which makes the moment-to-moment action more absorbing by giving you one more thing you constantly need to consider.

Blasting things to smithereens looks spellbinding. The intense colors pop off of the Vita's screen, and although the sparks that fly everywhere as you destroy asteroids might occasionally obscure your view of the action, it's a small price to pay for the rewarding feeling of causing such an explosive spectacle. Pulsating music complements the visuals, and the combined effect creates a dance-club vibe in which it's easy to lose yourself.

You have a boost you can use to get out of tight situations, and if you select the Delta control option, this boost is accompanied by a brief period of slow motion, which makes it easier to weave through enemy fire. You also have a limited number of special weapons that are good for decimating dangers. With the Delta option selected, you have three special weapon types at your disposal. Giving the Vita a quick shake triggers an EMP bomb; tapping the touch screen sends missiles out from your ship in all directions; and touching the rear touch pad opens a black hole that sucks up everything in its vicinity.

It's easy to accidentally trigger this last weapon while just trying to comfortably hold the Vita, at least until you've done so a few times and become aware of the importance of keeping your fingers away from the touch pad. The alternative to the Delta option is called Pure, which does away with all the touch- and accelerometer-related controls, as well as the slow motion that accompanies your boost. The EMP blast (triggered by a button press rather than a shake) is your only special weapon in Pure, which is fine; it's the only one you ever need.

Your choice of Delta or Pure doesn't impact the content you experience. There are five planets, each of which has five phases of enemies, with the last phase on each planet pitting you against a large mechanized boss. As you collect the stardust left behind by things you destroy, you build up score multipliers that are wiped out each time you die, so survival is essential to getting great scores.

And that's what Super Stardust Delta is all about. It won't take you long to see the game's five planets and beat the five bosses, but you're shown how your score stacks up against other players on your friends list, and the prospect of beating them is a compelling reason to keep coming back and improving your performance. Still, it's too bad that the game doesn't include more modes that change up the way you approach the game.

There's Arcade mode, in which you begin at any of the five planets you've previously reached and progress until you complete the mode or run out of lives. There's also Planets mode, in which you play only one planet for as high a score as possible. Compared to other dual-stick shooters, such as Geometry Wars: Retro Evolved 2, this is pretty bare bones.

As you progress, you do unlock five minigames that use the Vita's touch and tilt features. Crush has you squeezing asteroids between your fingers, while Disc Slide involves moving a blue disc around with your finger and trying to avoid red enemies. These are decent demonstrations of the Vita's abilities, but they're not particularly fun on their own terms. The best of these minigames is Rock & Roll, in which you carefully tilt the Vita to roll an asteroid around, but even this one is too basic to be worth coming back to more than a few times.

But the core game is a good one despite its familiarity, and it's reasonably priced at $10. Super Stardust Delta's range of difficulty options means you can have a good experience with it whether you just want to relax and enjoy blowing things up or you're looking for a stiff challenge. And its captivating visuals show off just how bright and gorgeous the screen on your new Vita really is.

View Comments (59)
Back To Top
7
Good
About GameSpot Reviews 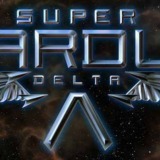 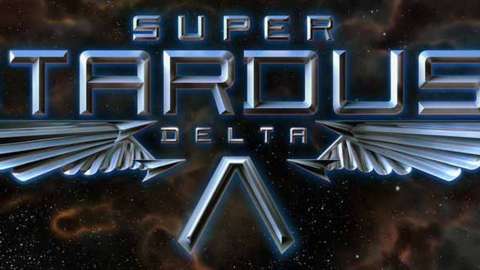 The PlayStation Network shooter comes to the NGP in the form of Super Stardust Delta.