In some respects, Smash for Wii U is the same game released on the 3DS two months ago: it has the same characters, same premise, and same reverence for gaming history. The fundamental difference is in the depth of the experience. The Wii U Smash has tighter controls, better action, more options for single- and multiplayer, more remixes of classic Nintendo songs, more stages, more customization, stage builders--the list goes on. The Wii U version is the definitive Smash Bros. experience.

At its most basic level, Smash Bros. is what you’d get if you built a game on the premise of settling the classic question, “I wonder who’d win in a fight: Mario or Link?” You and your opponents choose whichever character you like from Nintendo’s staggering roster of 49 fighters and enter the fray. Damage works in a unique and slightly obtuse way. In stark contrast with most fighting games, you don’t have a limited pool of health that depletes as you take damage. Instead, your health counts upwards, and the more hits you take, the further you're sent flying when hit again. The goal of any given match is to knock your opponents off the stage and prevent them from safely returning.

This series presents a challenge unique to the Smash Bros. series: recovery. If you are simply knocked from a platform or fall off by accident, it’s usually easy enough to make it back. Every character has at least two jump moves, and almost all of them have an additional emergency technique for covering large distances. Mindlessly knocking around opponents rarely clinches you a victory. Depending upon how well your opponent can predict your movements, it’s entirely possible and often advised to trick adversaries into falling off the stage for an easy knockout. The amazing depth and variety of this system is at the heart of Smash, and its marriage of the ridiculous and the serious, and the casual and the competitive, is what sets it apart from other adversarial games.

The disparity between the portable and console versions of the game is both immediately apparent and stunning, and making the jump to the Wii U version is freeing. On the pint-sized 3DS, some characters are clearly more comfortable to control than others; given the Wii U’s option to use seven different kinds of controllers, most Smash enthusiasts can immediately and competently play as just about anyone. If you struggled to use Mega Man to his fullest potential on the 3DS, you will enjoy the ease with which you can guide him now. Everyone from Samus to Wii Fit Trainer, Villager to Mario, responds with impressive ease.

Each time you select someone with whom you’re unfamiliar, it’s like being given a brand-new toolbox. You won’t know how to use every move immediately, but they all have a purpose. Your role is to learn when and where to use each skill. As with competitive martial arts, much of the match relies on carefully watching your opponent, maintaining your own balance, and being constantly ready to punish a mistake. At every step in the process, you have some degree of control.

That focus on fine control dovetails perfectly with many of Smash Bros.' new mechanics. Ledge guarding, a staple in Smash 64, Melee, and Brawl, has been removed. This pushes a lot of the combat off the stage, requiring stronger aerial play. While most moves also knock foes farther than they used to, each character generally only has two or three solid "killing moves." That means that knockouts require substantially more skill to execute cleanly, which in turn, translates into a distinct cut between high-level and low-level players. These changes benefit everyone. Casual players are able to survive much longer than they may be used to, making sure they aren’t left out of the game entirely. Professional-level brawlers still have the skill set necessary to dominate the less experienced, but cheap kills amongst one another are less common. This tight balance helps satisfy every kind of fan, without cheapening the experience for any one group. This philosophy defines Smash Bros. for Wii U.

Everyone from Samus to Wii Fit Trainer, Villager to Mario, responds with impressive ease.

Keeping a competitive game open for the inexperienced, but giving advanced folks the opportunity to spread their wings, is a challenge that requires an enormous number of options and plenty of ways to train and refine skill sets. Super Smash Bros. for Wii U is packed with dozens of challenges, training modes and minigames. These modes aren’t pointless additions. Event matches and challenges have you trying new approaches with characters you aren’t used to--often to teach you something you may have never learned otherwise. The Homerun Contest, for example, has you building up damage over ten seconds before knocking it as far as you possibly can. While it seems a bit odd, it actually helps you build a better understanding of how characters react to receiving damage, and how different techniques affect the trajectory at which you can launch enemies. There several specific distance goals, like R.O.B. having to hit the sandbag between 1600 and 1656 feet. To complete the challenge properly, you must develop a deep understanding of which attacks knock the bag too far away to continue your combo.

Event matches are less structured, but they often pit you against unusual or overwhelming odds and force you to adapt in order to progress. In one of the toughest events, you play as Falco and prevent a stream of Mr. Game and Watches from touching down even once on the stage. While you can approach the goal in a few different ways, you quickly discover that aerial attacks are one of Falco’s best choices, as they allowed you to deal with incoming foes more quickly with less downtime between attacks. There are hundreds of these types of skill tests, and they are designed to help you familiarize yourself with as many characters as you’re willing to learn. Even if you don’t end up ever using Falco, the events still give you enough experience with the game’s 49 characters that you know what your foes are capable of, and can then modify your approach accordingly.

If you have an Amiibo, then you’ve got yet another option to practice. Amiibo work like customizable AI opponents: you can change out numerous attacks, manipulate their names and appearance, and "feed" them equipment to make them stronger. For the most part, they grow by battling other people or Amiibo, and allegedly learn and adapt to better handle other people’s playstyles. I’m far from the best Smash player out there, but I’m better than most, and I struggled to deal with max-level Amiibo figures. When I switched from my typically aggressive style to a more defensive one, the Amiibo would respond either by baiting me to attack or by spamming ranged attacks to try and create an opening so that they could punish me. Amiibos aren’t unbeatable, but their attacks do a lot more damage than yours, and a good chunk of their difficulty seems to come from that. If you don’t have friends around and tire of the single-player options, an Amiibo is a great addition for all but the most talented Smash players, even if they are a little pricey.

For most players, the goal of this single-player training is to test your skills against friends, and that’s where Smash Bros. for Wii U excels. Eight-player matches are phenomenal. Turning item drops up to high and cramming eight players into a relatively small space results in the kind of unbridled lunacy I’ve come to love from Smash Bros. If you prefer the action to be a bit more tame, you can still play standard matches with four combatants, and that’s as great as it’s always been. There are quite a few new stages in which to slug it out, and more than enough to provide a good variety for just about anyone. The most interesting stages, of course, are those that change dramatically over the course of a match. They force players to keep up with the shift, and as long as you’re not looking for serious competition, it’s always hilarious to watch unwitting folks fall off the stage because they weren’t expecting the bottom of the level to suddenly drop away.

All of these stages are wonderfully rendered and keep multiplayer matches from losing their luster even after countless hours.

In that vein, Yoshi’s Wooly World, Kalos Pokemon League, and Mushroom Kingdom U are standouts. They all have new stage hazards like flaming pillars, or a pool that makes your fighter metallic, or a guy that tries to stuff you in a sack and jump off the level, resulting in an instant death. All of these stages are wonderfully rendered and keep multiplayer matches from losing their luster even after countless hours, though you can always use the Wii U gamepad to create your own levels if you seek even more diversity. There are too many restrictions on size and too few tools available, but drawing ridiculous levels with the touchpad more than makes up for the limitations. Disappointingly, you can’t conduct eight-player matches on custom stages, which is a missed opportunity for even crazier play.

Online multiplayer is an unfortunate stain on an otherwise stellar game. Lag in online Smash Bros. matches is hugely variable. Some online games chug along at a mere five frames or fewer per second or less, rendering the game completely unplayable. Others are almost as smooth as if you were playing locally. Playing with friends with solid Internet connections may help, but even so, there’s no knowing how any given match might perform. Online play is extremely hit-or-miss, with the misses being absolutely maddening.

Poor internet functionality is, thankfully, a blight on an otherwise incredible game. Between the Masterpiece Collections, which are short demos of the classic games that inspired Smash Bros., the many fighters and stages, the deep character customization for fine-tuning your fighters to suit your play style, and the extensive screenshot editing tools, there’s just so much to do. With the Wii U release, Smash Bros. has fully realized its goals. There’s something here for nearly everyone--from young to old, from novice to expert--presented almost without compromise. Super Smash Bros. Wii U invites everyone to join in its undiluted, joyous celebration of the broad community that Nintendo has built over the past forty years.

View Comments (984)
Back To Top
9
Superb
About GameSpot Reviews

Dan Starkey can’t remember a time when he wasn’t playing Smash Bros. on a semi-regular basis. He met his best friend through Smash, he’s got entire groups of friends that get together just to chat and play Smash Bros. He feels lucky to have spent around 90 hours so far with a game this superb, holding a Smash party, playing against the CPU, and competing online when he was lucky enough to enter a smooth match. 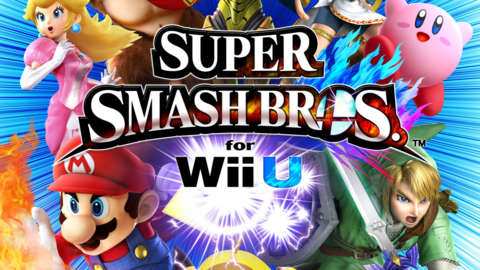 Duke it out with your favorite Nintendo characters in Super Smash Bros. for the Nintendo Wii U.