The beauty of Monkey Ball has always been in its simplicity. Those teetering-on-the-edge, twitchy moments as you coaxed your monkey-filled ball across treacherous platforms, moving obstacles, and gaping chasms were wholly compelling, and a lot of fun to boot. And so they remain in Super Monkey Ball: Banana Splitz, for the most part. While the standard Monkey Ball challenges are largely well-designed, colourful slices of classic Monkey Ball action, Banana Splitz's other modes are a convoluted, frustrating mess. The minigames range from dull to horribly confusing, giving you little reason to try to compete against others.

It's best to stick to the classic Monkey Ball mode. There, you must guide the cute monkey ball of your choice by tilting platforms with the analogue stick and rolling the ball around a devilishly challenging selection of courses, which are spread across beginner, normal, and advanced difficulty levels. Each course sports a different and wildly colourful theme that sets the tone for the challenges ahead. The beginner levels are bright, palm-tree-infused affairs with wide platforms, simple curves, and easy-to-reach bananas. Normal ushers in dinosaurs and prehistoric objects that try to smash your ball out of the way, while advanced brings the pain with heaps of jumps, holes, and impossibly thin platforms to navigate.

The advanced difficulty level almost errs on the side of being too hard, but there's always a way to make it through each level and towards the goal at the end, even if the solution isn't immediately obvious. That's so long as you stick to the analogue stick controls, though. Trying to complete anything but the easiest of levels with the motion controls is a painful experience--they simply aren't accurate enough, not to mention that it's difficult to see the screen when you're tilting it away from your face to slow your monkey ball down. That lack of precision also makes collecting bananas all the more difficult, which you need to do to earn high scores, or extra lives and continues should you fall off the edge of a platform one to many times.

You can relive those glorious moments of failure by saving replays of them to one of 16 slots, and you can share them--along with replays of your successes--with other Banana Blitz players. It's nowhere near as useful as sharing full-track playthroughs, but there are some amusing bailouts to be found online. Speaking of online, Banana Blitz features a full multiplayer mode via online and ad hoc connections, as well as simple pass-the-handheld play. Unfortunately, the multiplayer modes don't make use of the franchise's classic gameplay and instead focus on a series of minigames.

And those minigames are something of a mess. Things start off promisingly enough with Monkey Target, where you launch your monkey ball off a ramp and float it through the air, pass through checkpoints, and attempt to land on a platform at the end. There are three variations of the mode that change up the layout of the final landing platform--including a neat pinball-inspired layout--but all variants quickly become repetitive. So too does Monkey Bowling and its touch-screen controls that make it far too easy to score a strike each and every time, even on levels where there are warped lanes or gaps.

Those are the best of the bunch, though. Take Monkey Rodeo, an infuriating game where you have to collect bananas by bouncing ball-riding monkeys around with the rear touch pad. It's nigh on impossible to control your monkey and earn points, and the overly aggressive AI relentlessly smashes into you. There's the sluggish Battle Billiards too, which, despite the injection of monkeys in balls, fails to make playing billiards at all exciting. But the very worst of the lot is Pixie Hunt. Here, you're asked to use the Vita's camera to take photos of objects that match the colour of the reticle and…that's it. That's the whole game. The fact that someone, somewhere, at some stage in this game's development thought that was entertaining is maddening.

Similarly maddening is the promisingly titled Edit mode, which isn't actually a way to create your own wacky Monkey Ball courses using the touch screen. Instead, it's a simple random course generator that lets you snap a picture using the Vita's camera and use it as a background. That's incredibly disappointing. Fun (if not wholly original) as the classic Monkey Ball mode may be, it's not enough to prop up the rest of this confused mishmash of mundane minigames. 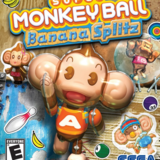