It's the classic Super Mario Bros. with a whole new set of tougher, often sadistic levels.

Nintendo actually produced two different versions of Super Mario Bros. 2. The first, a direct sequel for the 8-bit Famicom Disk System, was put together using the original Super Mario Bros. engine and was published in Japan in 1986. However, the head honcho of Nintendo of America at the time felt the game would be too challenging for players in the west. As a result, a second game, called Yume Koujou Doki Doki Panic, was revamped and published a couple of years later in English-speaking countries as Super Mario Bros. 2. Since then, Nintendo has occasionally made the Japanese rendition of Super Mario Bros. 2--also known as "The Lost Levels"--available worldwide through various means, most recently as a download for the Wii's Virtual Console.

Unlike the Super Mario Bros. 2 that was built from Doki Doki Panic, this game doesn't involve parallel dimensions, shyguys, or hauling giant turnips around. Instead, it's basically just a bunch of new levels hacked together from the original Super Mario Bros. The same familiar musical themes are there, and the graphics and gameplay are roughly the same. A couple of cosmetic changes are obvious. For example, the clouds have smiley faces drawn on them, and the ground is more detailed. You also have the option of playing as Luigi, who slips and slides all over the place, but can jump higher and further than Mario. Otherwise, this is simply more of the classic Super Mario Bros. gameplay where you pounce on turtle shells and leap over gaps.

So, was Nintendo of America right? In a way, yes. This game might look, sound, and play like the original Super Mario Bros., but the level layouts aren't as memorable, and they're infinitely more sadistic. Solid ground and artistic flair have been replaced by tiny platforms and gobs of open space. Frequently, pipes containing piranha plants provide the only solid ground between one bottomless pit after another. In the treetop levels, you'll have to contend with flying jellyfish that not only look out of place, but also always seem to be patrolling the spots where you need to initiate a jump or stick a landing. Some warp zones actually take you back to previous levels! On top of all that, when you bonk a question block, sometimes a purple poison mushroom will come out that will shrink you or cost you a life if you grab it. 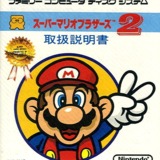 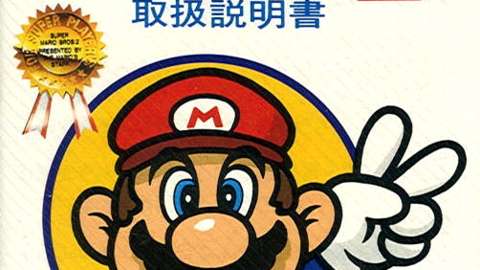 This sequel to Super Mario Bros. was really more of an add-on to the original game, as it basically dropped new levels into the same game. It wasn't released in the US until Super Mario All-Stars was released on the SNES, where this game appeared as "The Lost Levels."

7.8
Sign In to rate Super Mario Bros.: The Lost Levels