Super Mario Bros. is still totally sweet, even after more than 20 years.

It might be 2007, but you know what? Lakitu is still totally awesome. So are goombas, koopa troopas, koopa paratroopas, and buzzy beetles. And don't even get us started about the Hammer Bros. Those guys throw dark. This list of cartoony thugs comprises the more memorable enemies of 1985's Super Mario Bros. If you were coherent at the time, you might remember when this little gem was released on the Nintendo Entertainment System. It's the game that essentially brought console gaming back from the brink of destruction after Atari buried all those copies of E.T. in the desert and the Atari 2600 console was crushed under the weight of a million unsold Pac-Man tapes. For those who weren't coherent back then (or during any of the billion rereleases this game has seen since), Super Mario Bros. was the game that inspired all those stupid T-shirts they sell at the mall--you know, the ones with the pictures of mushrooms and turtles on them? Regardless of your frame of reference, this game is the blueprint for 2D platform gaming. It's one of the most amazing games ever made, and it's now available on the Wii's Virtual Console for five bucks.

While Mario had saved women before, Super Mario Bros. was the game that established the princess who Mario must save, as well as the evil Bowser, the crazy dragon/turtle thing that's served as Mario's main nemesis for years. When you come back to Super Mario Bros. after all this time has passed, it's easy to see why it caught on, and it still stands out today. Sure, game standards have evolved by leaps and bounds since 1985. But the player's control over Mario--the ability to run, the height of his jump, and how you have just the right level of air control--surprisingly is still satisfying. Of course, if you've played this game to excess before, it's more a matter of reacquainting yourself with the timing of Mario's movements as you run to the right, toss out a few fireballs, jump on top of a few Bullet Bills, hop over a few bottomless pits, and land on the glowing axe at the end of each world. It's hard to imagine a world in which a person isn't already innately familiar with how to play Super Mario Bros., but if you are such a person, we're going to take a wild guess and say that you, too, would enjoy this game today, provided you can take it in context.

Like all the other NES games released on the Virtual Console so far, this game controls just fine using a sideways Wii Remote. Also like the other NES games, this one seems to be a near-perfect emulation of the original, right down to the "hold A and hit start" trick that lets you continue your game after a loss and the "minus world" stunt that lets you get your head caught in some bricks, float through a wall, and drop down a pipe into a glitched-out water world from which there is no escape. If you're interested in an exciting metagame, try convincing your friends that you once escaped from the minus world and see how many hours they waste trying to duplicate your "amazing" skills. Some of the other rereleased versions of Super Mario Bros. have "fixed" that minus world trick, so it's good to see the game faithfully re-created on the Wii. The music really stands out, too. Considering how video games have inspired so much of the indie/electronic-music sound these days, the music in this game actually feels modern all over again.

Super Mario Bros. was the face that launched a million consoles back in the mid-'80s, and its amazingly memorable graphics and sound, along with its still-sharp gameplay, make it stand out among the rest of the Virtual Console releases. At a cost of five dollars, this is a great purchase if you're feeling nostalgic, but even if you're too young to remember the game's first release, you'll find that this is one of those rare classics whose gameplay is good enough to still be fun after all these years. 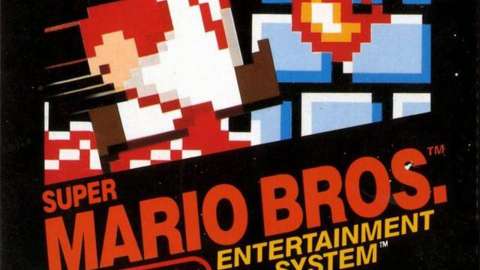 Super Mario Bros. was one of the early NES games that fueled Nintendo's rapid rise to power.