Super Mario Advance effectively highlights the power of the handheld with its brilliant, rich visuals and will provide hours of challenging fun, especially for those who haven't played the original games on which it is based.

Those familiar with Super Mario Bros. 2 will recall that its pace was noticeably different from other Mario platformers. The general cadence demanded methodical movements and usually led to a deliberate gameplay experience--enemies were at every step, and they forced the player to creep cautiously along the stages. For better or worse, that gameplay feel has translated faithfully to the Game Boy Advance version. In the game, you must select from one of four familiar characters--Mario, Princess Peach, Toad, and Luigi--and each has his or her own unique strengths and weaknesses. At the beginning of each level, you can select a new character--particularly one whose skills are best suited to that particular stage. This adds a welcome dynamic of strategy to the generally direct gameplay of other Mario platformers. The system in general is comparatively more complex, as you can pluck various plants from the ground and hurl them at enemies and even pick up enemies and throw them at others, instead of simply jumping on them. Additionally, the level design is decidedly more vertical in nature than in other Mario games, as you'll have to climb ladders and vines and negotiate ascending levels of platforms. To make matters more interesting, although the game has a gradually ascending learning curve, the latter stages are incredibly challenging. It all combines to provide a decidedly unique and entertaining gameplay experience.

The remake of the original Mario Bros. game is also very similar to the original. The objective is relatively simple--flip over and knock out a set number of enemies in each stage to advance to the next level, all the while dodging other enemies, icicles, fireballs, and slippery ice platforms, among many other obstacles. Although the single-player game is available, the action is infinitely more interesting when you're playing against four other human opponents, who each control his or her own Mario character. The game can be enjoyed with only one game cartridge and four GBAs, and the gameplay can get truly intense.

Graphically, the relatively broad color palette of the Game Boy Advance is used to its potential, as the vibrant colors from the original games are re-created faithfully. Additionally, the lead characters look more detailed, some of the animation has been changed, certain enemies are physically larger, and perhaps most notably, not-so-subtle elements--like massive Ferris wheels inside vases with independently moving platforms and psychedelically colored backgrounds--help Nintendo showcase the system's power.

The audio has also been marginally enhanced. In the remake of Super Mario Bros. 2, you can expect to hear what is essentially the same soundtrack that was featured in the SNES game. However, the GBA version now includes sampled speech for each of the characters, as they blurt out such sayings as the timeless "It-sa me, Mario!" and Toad's shrilly shrieks of "Here I go!" The voice samples received some early criticism, but they're generally bearable and at times charming.

After it made the decision to release Super Mario Advance as an upgraded version of a classic Mario game instead of creating a new 2D Mario adventure, Nintendo had a vast stable of games to choose from. Perhaps Super Mario Bros. 3 or Super Mario World would have been more popular choices, but the stark contrast in gameplay styles between the two final selections, Super Mario Bros. 2 and the original Mario Bros., gives Super Mario Advance a welcome sense of multiplicity in its gameplay. Those interested in single-player platformer gameplay, albeit with relatively loose controls, will find Super Mario Bros. 2 both unique and highly challenging, while those looking to link up their GBAs and taking part in multiplayer action will crave the lively, fast-paced gameplay in Mario Bros. The fact that Nintendo decided against packing the GBA game with added features, as in Super Mario DX for the GBC, is disappointing, but Super Mario Advance deserves a close look among the crowded crop of software for the handheld, if for its multiplayer mode alone. 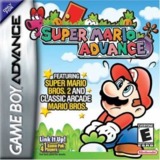 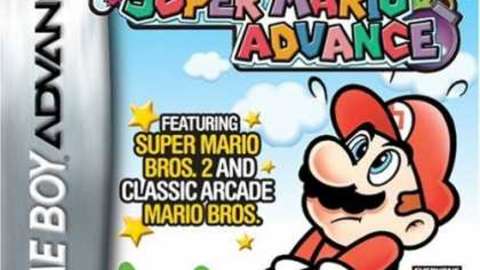 Super Mario Advance effectively highlights the power of the handheld with its brilliant, rich visuals and will provide hours of challenging fun, especially for those who haven't played the original games on which it is based.