Not a long tail.

Though it shares a protagonist, art style, and platforming mechanics with 2016's Lucky's Tale on Oculus Rift, Super Lucky's Tale is distinct from its predecessor--at least at first. It features an entirely new set of levels and a greater focus on collectibles, but it's still a paint-by-numbers 3D platformer that lacks depth and falls short of being memorable.

Aside from how it looks, Super Lucky's Tale is almost indistinguishable from an N64-era mascot platformer. Lucky, a plucky fox wearing a little cape, has to save a series of four realms from a band of evil cats known as Kitty Litter. Along the way, you collect clovers to open boss doors and meet cute, if two-dimensional, characters who speak like Sims and need your help. It's never too challenging, always sticking to its safe, time-tested formula as you jump and dodge and collect your way to becoming a hero.

Though it's generic, Super Lucky's Tale is certainly charming, from Lucky's encouraging quips to the little smiles that appear on everyone's, even enemies', faces. Despite being under attack from the Kitty Litter, the worlds are joyous and colorful, looking a little extra sharp on the Xbox One X. The holiday-themed desert world is a standout if only for its offbeat combination of aesthetics--it features Yetis who live in a candy cane- and skeleton-adorned desert and live to wrap presents for each other.

The four worlds are split into five main levels and a handful of optional levels that earn you extra clovers. Most of the main levels are short bursts of 3D platforming, though a few are 2D, and the optional ones vary from constant runners to simple puzzles. The variety is welcome if only because most levels feel too similar; aside from a few mini-challenges in some levels, like corralling a flock of escaped chickens for a weary farmer worm, most of the time you're just jumping past easy-to-avoid obstacles to reach an obvious end point.

There are technically four kinds of collectibles: coins, gems that function essentially as coins, the letters L, U, C, K, and Y, and clovers. But clovers are the only collectibles that matter. There are four to collect in each of the main levels, though you automatically get one just by completing the level. Collecting 300 coins will get you the second clover, the only real benefit to collecting coins; finding a secret, like a underground bonus stage, will net you another; and finding all the letters in Lucky's name, easily the most fun collectible, earns you the fourth. The letters reward deeper investigation and a sharp eye for switches and hidden routes, though only a few of the many letters hidden throughout the game take more than a few extra moments to find.

And you don't need to find them, because you'll likely get enough clovers (or close to it) by playing normally, maybe returning to a level to get one of the coin clovers. You could easily beat Super Lucky's Tale by disregarding anything that takes extra effort, which would be fine if the platforming were enjoyable enough on its own. But a limited 3D camera that doesn't rotate a full 180 degrees and inconsistent mantling on Lucky's part causes enough hiccups to be frustrating. Most of your deaths will be caused by missing or misjudging jumps due to a weird camera angle or Lucky just not grabbing the edge when it looks like he should have.

Across all four of its worlds, Super Lucky's Tale doesn't stray far from its formula. It's consistently cute and full of smiles, but the breeziness of its atmosphere extends to its simple levels. It never builds upon itself or asks much of you, including the building blocks of a 3D mascot platformer without the feeling of accomplishment you get from learning and applying that knowledge to new challenges. It's easy to imagine how Super Lucky's Tale would be the highlight of a younger kid's weekend, but it has little to offer anyone looking for an enjoyably challenging 3D platformer.

View Comments (100)
Back To Top
6
Fair
About GameSpot Reviews 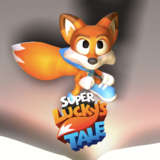 Kallie finished Super Lucky's Tale in about five hours with 100% completion. She also played Lucky's Tale on Oculus Rift. A complimentary code was provided for the purposes of this review. 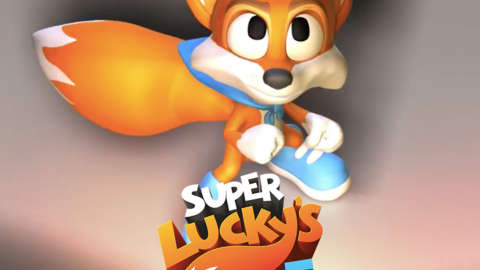 Join Lucky, the ever-optimistic, energetic, and lovable hero on his quest to find his inner strength and help his beloved sister rescue the Book of Ages from Jinx.