Would you like to hear a Tale of Terror or a Sky-Story? Relay some Salon-Stewed Gossip or pass on a Savage Secret? The names given to the various forms of currency exchanged across Sunless Skies give you a good idea of what sort of game it is. This is a world where words flow like water and stories hydrate whole planets. Where a turn of phrase is just as likely to unlock a door as the turn of a key.

Sunless Skies is a narrative-heavy adventure where every dramatic event is conveyed through beautifully written text. A delicate, customizable layer of "rogue-lite" action and survival encases a beating heart of vivid location descriptions, verbal flights of fancy, and giddy, spiraling story paths. Developer Failbetter Games has cleverly built upon the foundation of Sunless Sea, designing a sequel that improves core mechanics and spins its world into imaginative new orbits while easing the avenue of entry for new players. You're welcome here as long as you love words.

The British Empire, headed by Empress Victoria, has boarded its steam-powered engines and, improbably, made for the stars. There, amid the floating drifts of rock snaking across the sky, it has founded New Albion and, by remaking the Sun, it hopes to start again. It's an eccentric vision of outer space as alien territory where polar winds blow through ice-crusted canyons, hive-shaped asteroids drip honey, and myriad fungal spores glitter like stars. You play the captain of Her Majesty's Locomotive, the Orphean, newly inherited after the untimely death of the previous captain, and your ambition is to travel the stars seeking fame, fortune, or the truth.

Dotted around the New Wilderness, which is composed of four maps you may travel between once you've earned the appropriate permits, are dozens of busy ports and isolated homesteads. You pilot the Orphean between them, revealing new points of interest on the top-down 2D map and working to ensure you've packed enough fuel and supplies to make it to your destination. While docked you can repair and re-supply your engine, purchase any available upgrades, and visit the bazaar to claim prospects and earn additional revenue through trade.

Once that admin is out of the way, you can take your time to explore. Each port is well-stocked with fascinating locations and idiosyncratic characters. Buy a ticket to Polmear & Plenty's Circus and enjoy a show where the clowns can't juggle and the trapeze artist has lost their partner. Encounter an Inadvisably Big Dog at Port Prosper while seeking to aid the establishment Stove-pipes in their civil war against the revolutionary Tacketies. Travel to Hybras in search of a lost filmmaker and discover an entire colony of seniors has mysteriously vanished. There's a new captivating story to be found every step of the way.

As you follow each new narrative thread you're called upon to make choices and meet certain requirements. You might find a dying captain whose engine ran aground. Do you: end his suffering, return him home for one last glimpse of London, or escort him and try to complete his final, failed mission? There's something odd about that Repentant Devil you picked up at the previous port, but you'll need to track down some tea before he'll open up to you and reveal his true motivations. The decisions you make can see you gain or lose favor with a host of rival factions as you chart a course through the political struggles of this new frontier.

Every time you are presented with a path of action or choice to make, it's always clear how you have unlocked it. Some are based on having the correct items, purchased at a port or found in an earlier part of the story, while others provide a percentage chance of success depending on one of your character's core attributes. Actions you cannot yet take are grayed out but visible, allowing you to note that you need to find another Vision of the Heavens to make that selection or come back later once you've increased your Hearts attribute and boosted those odds in your favor. It's a clever setup in that you always have the information you need about your immediate options and enough of a nudge towards how to open up new sets of paths.

Between ports, however, things can slow down. Exploring an uncharted region of the map can be tense, especially as you venture into the outskirts and encounter some of the more dangerous enemies. It's also never less than beautiful to look at. But combat is simplistic and, much of the time, completely avoidable anyway. And while puttering the often long distances between points of interest, there's not a great deal to do beyond pinging your bat scout to identify random resource deposits and just watching the maze-like scenery wash by.

Popping up from time to time, and helping to enliven long journeys, are incidents involving the various officers you've recruited on board and your crew. Like the cast of a Mass Effect, each named officer--and like everyone in this world they all sport wonderfully evocative titles like The Incautious Driver or The Incognito Princess--has their own storyline to follow and they serve up some of the best questlines in the entire game. You'll want to check in with them whenever you can and prioritize their next steps.

There's also the ever-lurking concern of the "Terror" itself. As with Sunless Sea, Sunless Skies leans into elements of horror, in particular a kind of horror that draws on the ineffable mystery of the cosmos. Despite reaching the stars in our iron engines, no matter the expertise of all our Phlegmatic Researchers and Romantic Ornithologists, we don't have all the answers. So as you explore the darkest corners of space, and run headlong into the inexplicable, the Terror accumulates. Untreated, the Terror will send your crew, and ultimately you, into madness. But not before you've wasted supplies in a futile effort to placate their fears or lost crew members to horrific accidents.

You can die, of course, at which point you reroll as a new captain and inherit (most of) what could be salvaged of the Orphean. Certain character traits can be "passed on" as it were, a nod to your predecessors' achievements, and any banked goods can be retrieved at a major port. However, in what at first feels like a jarring rebuff, all story progress is reset upon death, leading to the retreading of narrative beats and character interactions. But, in combination, the freedom you have to explore the world, the small random elements it throws up, and the sheer speed at which you can breeze through any previously encountered scenario mean such repetition is ultimately only of minor concern.

There are small flaws, but each is balanced out. Travel can be dull, yet the passing scenery and shifting soundtrack are never so. Combat isn't interesting, but the decision to fight or flee carries weight, and the choices you make when scavenging through the wreckage can feel momentous. Repeating a quest can feel tedious, but this time you're wiser and, hopefully, better prepared.

At its best, Sunless Skies is a triumph. Its writers have crafted a world of endless wonder where seemingly anything is possible. At heart, it's a text adventure that conjures the imagination to send you on a journey as spectacular and memorable as any big-budget graphical blockbuster. 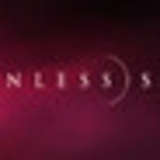 Ever the Diligent Critic, David Wildgoose traversed the New Wilderness for 20-odd hours before retiring to his homestead on a small rock east of Port Avon. Tacketies forever! 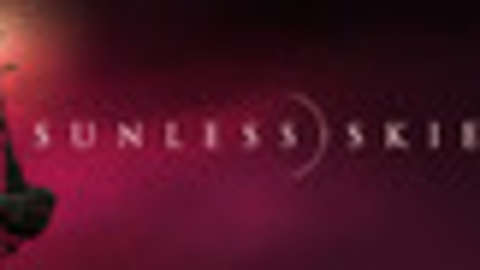