With plenty of what you would expect from a good RPG and only a few glaring flaws, Summoner is easily the best RPG on the PS2 yet.

Volition, the PC developer responsible for Descent: Freespace, shocked the gaming media when it announced that its next project would not only be a console game, but an RPG to boot. The result is Summoner, an amazing departure from the traditional nature of console RPGs. Summoner has a passionately ambitious nature, and even though the game doesn't realize all of its lofty goals, it has the potential to change the whole genre altogether.

Summoner tells the story of Joseph, a young man with the ability to summon and control powerful characters through a set of five ancient rings. He and his friends must prevail against amazing odds to prevent the evil emperor Murod from unleashing a horde of horrible demons onto the world. Summoner demonstrates Volition's PC expertise, as the game rebels against the standard console RPG format and presents several gameplay elements common in PC RPGs. From the opening sequence to the closing credits, Summoner plays unlike any other console RPG. While there are plenty of problems found within the game, it's the game's ambitious nature and willingness to innovate that will no doubt inspire future RPGs.

Summoner is played entirely through a third-person perspective. With the exception of the in-game cutscenes, every moment of Summoner is seen through the same camera. The game allows you to rotate and zoom the camera on the fly, giving the game the same sort of visual flexibility of an instant replay mode. All of the battles take place in real time, and they use a very simplified menu system. Whereas most RPGs bury you in menu-based attack and defense systems, Summoner works similar to Diablo. You select a character to control, then select who he or she wants to attack, and worry about the menus only if you want to do something particularly special like cast a spell or summon a creature. While you can have up to five members in your party, you can only control one individual character at any time, leaving the other characters to either follow your previous orders or follow the AI set you've predefined for them. The real-time battle system is quick and simple, and it may turn away RPG fans that want utter control over every aspect of the battle.

Summoner's most polished gem is its story. From the start of the game until the final sequence, Summoner is constantly pulling the rug out from under you. The game's plot follows the basic Hollywood formula, and it's full of victorious moments and cliffhangers. Playing through the game really motivates you to get to know each and every one of the characters, and it forces you to play with all the party members instead of focusing solely on your one preferred character. Every character in the game has something unique to say and an actual story. The game has tons of side quests, and each quest exists for a reason and has an impact on the whole of the story.

Joseph lives in an amazingly huge world. Even the smallest city is simply enormous by conventional console RPG standards. Summoner has some of the most detailed and immersive environments ever seen in a console RPG. The backgrounds are simply a horizon, and every building seen in the distance can be traveled to and seen up close. While the environments may seem a bit daunting, their sheer size is nothing less than breathtaking. There are some amazing architectural designs in the game, and the game engine allows them to be seen up close in their full splendor. Still, the huge towns make it difficult to find exactly where you're supposed to go sometimes, and a more detailed map would have made traveling the expansive towns easier. The dungeons and other non-town levels are just as big, and they're sometimes just as confusing as they would be in real life, leading to plenty of frustrating moments. Also, because of the huge environments, the game has some obnoxious draw-in. Larger buildings pop into existence piece by piece as you approach them, and textures draw themselves onto wireframes in an extremely conspicuous way. It's somewhat admirable that Volition simply chose to accept this flaw rather than trying to hide the amazing yet ridiculously flawed backgrounds with fog.

Summoner shows its North American influence most prominently through its character design. There are no cute anime characters in the game. Summoner is populated by realistic looking characters that, while definitely drawn in a unique style, give the game a harder, grittier edge than the cartoon nature of most console RPGs. The human characters look very distinct, and they have an unconventional, yet not wholly unrealistic, style to their faces. The nonhuman characters are drawn very well, and they're some of the most detailed and creative creatures seen in a console game to date.

One of the most visually stunning elements of the game is its cutscenes. Done entirely in-game, the cutscenes feature impressive camera work and excellent voice acting. Cutscenes ranging from boss introductions to a tour of stained glass windows and mosaics that explain the mythology of the game pepper the game, making for an excellent cinematic presentation. The cutscenes use the data from the characters and change your party's appearance depending on what armor and weapons they have equipped, which helps maintain the flow of the game's story. The voice acting in Summoner is simply top-notch. All of the characters have exactly the right tone, and more importantly, the voices fit with what you would expect the characters to sound like. The game also features an excellent score, with several different tracks that change depending on the scenario. However, the sound effects in battle could have used a bit more attention, as there's not enough audio impact when you're fighting.

While Summoner may not realize all of its lofty goals, it is still a good RPG with a solid storyline and an excitingly unconventional take on the RPG genre. With plenty of what you would expect from a good RPG and only a few glaring flaws, Summoner is easily the best RPG on the PS2 yet. More importantly, though, Summoner successfully breaks the mold of cookie-cutter console RPGs and shows the first signs of what will no doubt be commonplace in RPGs to come. 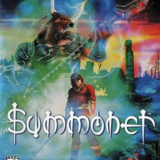 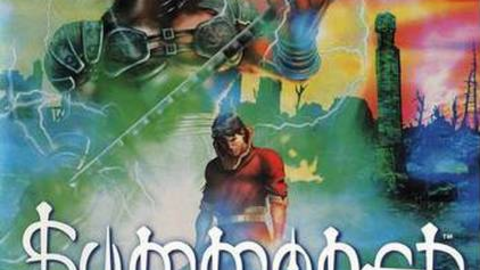 If you can tolerate its problems, you'll find that Summoner has an interesting combat system, an intriguing story, and an enjoyable multiplayer mode to boot.