Summoner 2 is by and large a very good adventure role-playing game, with a memorable cast of characters and plenty of pure action.

Though Volition started as a PC game developer, the last couple of games from the company debuted on the PlayStation 2. In fact, Volition's first two PS2 games--Summoner and Red Faction--did a lot to help the system's then-meager software lineup, providing it with both a solid role-playing game and a first-rate first-person shooter. Between these two games, Volition justly earned a good name for itself among console gamers, much like it already had among PC gamers with its superlative FreeSpace series of space combat sims. Now Volition is back with an original sequel to its first PlayStation 2 game, and with this latest release, the company should further improve its reputation. That's because, despite some rough edges, Summoner 2 is by and large a very good adventure role-playing game, with a memorable cast of characters and plenty of pure action.

Summoner 2 is more of a successor to the original than a direct sequel. The game has only a loose connection to its predecessor, so if by chance you've never played Summoner, there's no need to worry. And if you have, you'll appreciate its handful references to the original and also find that Summoner 2 makes a number of departures from the first game's formula--particularly with its new action-oriented combat system--while retaining the original's focus on telling a good story. Summoner 2 actually features a new cast of characters and an original plot: This time, the story focuses on Maia, a free-spirited queen of a proud nation whom prophets claim is a goddess reborn.

That actually might sound pretty generic, and what's great is that even Maia herself seems a bit bored by the idea at first. Much like the first game, Summoner 2 soon goes into much more interesting territory than its seemingly straightforward fantasy setting first implies. During the course of her journey, Maia will join forces with a variety of other memorable characters, whose own intentions will eventually be revealed. Sometimes the story is difficult to follow, as characters are introduced quickly and some of the people and places in Summoner 2 have decidedly tongue-twisting names (the characters actually comment on this at one point). Nevertheless, the game's story is the real driving force behind Summoner 2. You'll be compelled to press through the occasional frustrating or repetitive combat sequence just to see what happens next.

The game is played almost entirely from a third-person perspective, and at first, you can't even tell that what you're playing is actually a role-playing game. Summoner 2 opens with a sequence in which Maia is defending her ship against a pirate attack. This encounter will allow you to learn the basics of combat, but it'll also be your first exposure to the problems with the camera and the combat itself. You can use the right analog stick to adjust the perspective, and you'll often have to in order to get an angle on enemies attacking from different directions. Maia and other characters animate somewhat awkwardly in battle, and the game's collision detection isn't depicted very well, sometimes making it seem as though attacks are harmlessly missing their targets even though they may be dealing grievous damage. The good news is, you will get used to the combat and the game's somewhat unrefined graphics, and soon you'll be introduced to some of the deeper aspects of combat, such as the ability to have up to three characters in your team at once.

It isn't long before Maia finds some traveling companions. As your party grows in size, you'll encounter situations in which you'll need to control only certain combinations of characters at a time, and Maia herself may or may not be among them. Even when you have three in your squad, you control only one character directly, though you can switch to the others instantly using the shoulder buttons on the Dual Shock 2. Those characters not under your direct supervision will fight and follow you autonomously, and you can choose from a few different behavioral options for them that emphasize their fighting, casting, or supporting skills. Your computer-controlled companions will do a decent job of watching your back in the middle of a tussle, though sometimes they blunder headlong into certain disaster. Other times they'll fare even better than you will. A good strategy is to take command of the weakest character in the bunch and keep him or her out of trouble and in a supporting role while your computer-controlled brethren take to the front lines.

The combat can get pretty intense at times, but it generally requires little more than button mashing and maybe a special attack here and there. The enemies get a lot tougher over the course of the game, and some may require you to rely just on your magic or just on your weapons, but that's about as complex as it gets. All the foes you'll face act simply but effectively, either running up and hacking at you or hanging back and firing away with ranged weapons or magic. It gets to be predictable. If Summoner 2 were purely an action game, it wouldn't have been very good. Fortunately, it's not purely an action game. As you defeat foes and complete quests, your characters will gain experience levels and skill points to spend on various abilities. There's a great variety of different abilities available to each character, and while you'll find that some of them are pretty useless, you'll still like being able to customize your characters as you go along. In particular, Maia--the game's token summoner--gains the ability to transform into a wide variety of ghastly creatures, and you'll like making the young queen transform into these hulking, powerful monstrosities to gain the upper hand in a pinch.

Summoner 2 is a lengthy game that sends you to many different kinds of places. Some of the best of them are the ones that don't involve fighting, but rather focus on talking to some of the locals and investigating certain mysteries. Actually, some of the best points in the game are when Maia gets to stop at her castle in between her various excursions. Here she'll be able to engage in some queenly duties, such as listening to petitioners ask for the aid of the royal court. You'll actually get to make some tough choices in your role as the nation's ruler, and you may later reap the benefits of your calculated decisions. Those used to RPGs that are purely linear will more than likely be caught off guard--and particularly impressed--by these bits. Notably, Summoner 2 lets you save your progress just about anywhere (just don't forget to do so every now and then), so it can be fun to save at certain junctures to try out all the different options before you.

As noted, the graphics aren't Summoner 2's strongest point. Though many of the characters themselves are interesting and memorable, the 3D character models used to portray them tend to be simple. The game's various environments range from looking pretty generic to looking rather impressive, and the frame rate is a bit sluggish throughout. Once in a while, the graphics shine, such as during some of the in-engine cutscenes, which are animated much better and feature more detailed character models than the actual gameplay. But overall, Summoner 2's visuals are probably its weakest trait.

For better or worse, the game's audio is less consistent than its graphics. Summoner 2 uses lots of canned, generic sound effects that you've more than likely heard before in other games. The musical accompaniment usually consists of ambient tribal beats that are serviceable but forgettable. On the other hand, the game's voice acting is uniformly great, as virtually all the game's speaking characters deliver strong performances. Not all the dialogue in Summoner 2 is spoken aloud, but a lot of it is, and it's often through this well-written, well-acted dialogue that the game becomes so appealing.

Summoner 2 offers a lengthy quest with a lot of optional stuff to do along the way. Though the combat isn't great, the fact that you can often choose who to bring to the fray and how to develop each individual character makes Summoner 2 feel open-ended without compromising the game's emphasis on storytelling. Those who enjoyed the first game should by all means give Summoner 2 a go, while anyone who missed the first game shouldn't hesitate to start with the sequel. Summoner 2 is an all-around good game and a solid sequel, offering up an engaging story and an original mix of action and role-playing elements. 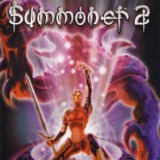 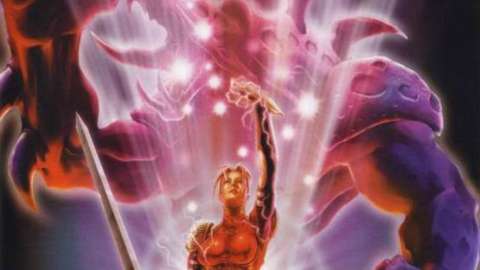 Summoner 2 is by and large a very good adventure role-playing game, with a memorable cast of characters and plenty of pure action.