Summer Athletics captures none of the passion and excitement of summer athletics.

Imagine, if you will, an international goodwill competition consisting of eight athletes coming together in some city or other to test their abilities in a series of dull takes on traditional sporting events while the eyes of the world look elsewhere. Summer Athletics: The Ultimate Challenge brings this vision to life, and it's every bit as underwhelming as you'd expect.

Summer Athletics is a collection of seven simple minigames based on seven categories of events: running, jumping, swimming, throwing, cycling, archery, and high diving. Although there are a number of events within each category--the jumping category contains pole vault, long jump, triple jump, and high jump events, for instance--the differences in how the events in a category play out are relatively minor. You can jump right into any individual event or play through a prearranged or custom competition made up of any combination of events, with up to four players participating. The game also includes a career mode in which you create your own superathlete and take him or her through a series of competitions. There are a surprising number of options for customizing your athlete's appearance, but none of them have a significant effect. No matter how much you tinker with these options, your athlete will still end up looking like a plastic doll made from the same mold as all the other athletes in the game. Summer Athletics pretends at depth by making you spend points after each event to improve your athlete's attributes in career mode, but this just feels like busywork, because it's never clear what effect these attributes have on your performance.

There are more competition options here than you can shake a javelin at, but they can only be as good as the minigames they're composed of, and the minigames in Summer Athletics range from mediocre to awful. The diving events are just simple rhythm games. Your dive takes place in slow motion, and you have to respond to a series of visual cues with precise timing to execute the best possible dive. It's nothing remotely exciting, but at least it's clear what you have to do to succeed.

The same can be said of events like short-distance running, which just involves jiggling the right stick back and forth as fast as you can on the 360 and moving the Wii Remote and Nunchuk up and down rapidly on the Wii. There's no depth to it, but there's still a certain straightforward appeal to these kinds of brief endurance events that's reminiscent of classic sports games like Track & Field. The throwing events and jumping events are pretty similar to each other, and all involve building up momentum with rapid controller inputs and then timing your jump or throw for the best possible result. Like the short-distance running events, these feel a lot like sports games of old that put an emphasis on rapid button mashing. That gameplay mechanic still works in short bursts, but it is decades old, and this game does nothing to improve upon it.

Archery is a bit better on the 360 than on the Wii. All you do here is line up a shot, taking wind into account, and fire. Using the thumbsticks to line up your shot seems more precise than using the remote. The swimming events, on the other hand, are considerably worse on the 360, though they're terrible on the Wii as well. On the Wii, they involve moving the remote and nunchuk in motions that vaguely resemble the swimming style being used in the event, and getting into a good rhythm is pretty easy, though waving your arms in the same motion for a minute or two is anything but fun. On the 360, you must rotate both thumbsticks constantly in an overly precise rhythm that's tricky to establish and extremely difficult to maintain.

The worst of the bunch are the cycling and medium-distance running events, which require you to pace yourself to maintain a balance between speed and conservation of stamina. If you don't push yourself hard enough, you'll fall behind the pack with no chance to salvage the race, and if you push yourself too hard, you'll run out of stamina well before the race is over. Staying in the pack is essential, since the only way to conserve your stamina is to stay in the slipstream of an opponent. Finding the right balance in the medium-distance running events is tricky, and in the cycling events, it's downright mystifying. The confusing onscreen gauges provide no guidance, so time and time again you will find yourself being passed by your opponents with no idea how to improve your performance.

As you'd expect, the Xbox 360 version is sharper and more vibrant than its Wii counterpart, but neither version looks good. All of the athletes seem to come from the same very small gene pool. The animation for the athletes is smooth during competitions, but the same few canned animations are repeated for celebration and disappointment after events. The event arenas feel eerily empty, and the only constant presence is a creepy grinning monkey dancing in the background. The sound in the game is disappointingly minimal. The noise of the crowd cheering has about as much character as what you'd hear in a sports game on the Atari 2600. The athletes seem to have taken a vow of silence; they don't utter so much as a grunt or a shout, and the announcer has only a few bits of verbiage you'll hear over and over again.

A handful of the events in Summer Athletics can make for simple fun in small doses, especially if you have a friend or two handy to compete against, but the majority of what you'll find here is lousy. Even at a budget price, seven minigames isn't much for your money, and considering that most of them aren't worth playing, even diehard sports fans are better off steering clear of this game. 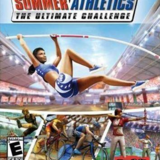 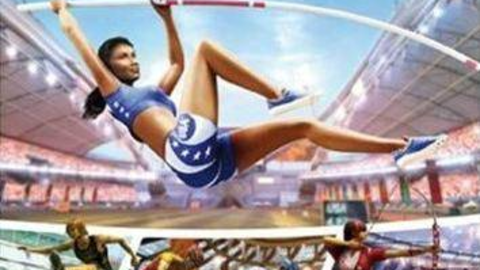 5.3
Sign In to rate Summer Athletics: The Ultimate Challenge