It's not too often we review a newly released game that already has 150,000 regular players and two newsgroups, plus many dedicated fan sites and privately hosted servers. SubSpace achieved this level of popularity through a two-year beta testing process accompanied by minimal fanfare and media attention. Now, with this commercial release, SubSpace may finally garner the attention it deserves.

SubSpace is a massively multiplayer, Internet-only, real-time action/strategy game. It began as a game developer's dream. Virgin Interactive Entertainment executives hired producer Rod Humble who had worked on the boxed version of Kesmai's arcade hit, Air Warrior. They asked him what kind of game he wanted to make. "Internet-only," was his reply and they said, "Sure, go ahead and here's the money." True story.

Humble hired his programming buddy Jeff Petersen and they set out to make something like Air Warrior in space. But first they wanted to solidify their Internet technology. In one month Petersen created an Asteroids-style overhead 2D prototype engine that incorporated Newtonian physics - an object in directed motion tends to stay in that directed motion. That physical predictability helped overcome the Internet's notorious latency problems. Then they quietly put the game, code-named Sniper, on a test site and awaited comments. Their plan: incorporate what they learned into their much larger game.

After about four months of tweaking and experimenting they announced they would close the site. The vitriol from perplexed and addicted beta testers floored Humble and Petersen. So instead of sticking to their original plan they began refining what they had.

After two years of adding "cool things" on a nearly daily basis, Humble and crew have created an easy-to-play, difficult-to-master marvel. On a simplistic level, it's a nonstop, blast-every-enemy-in-sight shooter. But the gameplay subtleties mean it may take several months before a "newbie" can begin to control his destiny.

You select one of seven spacecraft, each with strategic strengths and weaknesses, and use the arrow keys to control it, including the down arrow for reverse thrust. You enter a game by selecting a server based on its proximity and gameplay approach, from beginner and so-called Chaos shoot-em-up sites, to capture the flag(s) and hockey-like sites.

You start each game with minimal capabilities and have to stay out of harm's way until you've collected sufficient items, weapons, and power-ups (killing a new arrival with a low "bounty" is considered bad form and will lower your overall rating). Your weaponry includes guns, bombs, and mines each with several options and three strength levels. Plus you can use multiple defensive tools, like radar cloaking, invisibility, shields, decoys, walls, and warping portals.

In a typical game the server automatically assigns you to a team. That means virtually nothing in a blast fest, but is very important in the capture the flag or hockey games. The gameplay takes place in customizable zones of varying sizes with a sort of Lode Runner-esque look and feel. Walls (some are pervious), passageways, and randomly operated doors create many strategic opportunities. Your spacecraft (and some weapons) bounces off those walls with 80 percent of its original speed. That can be unnerving for a beginner, but experienced SubSpace gamers learn it's also a clever means to elude or subdue an opponent. A radar screen tracks nearby enemies. The pace is frenetic, fast, and furious, and death comes quickly and frequently. But not to worry, each time you will simply be resurrected in a random location and will have to gather power-ups again.

Communication is also key, from taunts to congrats. Eventually you may come to know players and by using the many fan web sites, may be able to join a team. Statistics can be maintained on a site-by-site basis or uploaded to Virgin's dedicated site for what amounts to an international rating. As you play you can call up the stats screens and see just who you're up against. You can easily customize what appears on screen, even create your own player logo.

The principal drawback is the lack of a clear goal other than increasing your skill level and moving up in rank. Those who succumb will play, play, and play. Even Rod Humble warns that "burnout" is common. The graphics and sound are less than exciting, the controls are very difficult to learn and master (Virgin does provide a much-needed keyboard template), and newbies will get wasted…and wasted. An informative and very helpful strategy guide comes with the game, but it was written for the beta version and does not cover all aspects of the current gameplay (it's missing one of the new spacecraft for instance). Ping (latency) and packet loss (percentage of packets lost in transmission) sometimes lead to choppy action and disappearing bombs and bullets. You may "see" that you hit someone dead center, but if your bullets are lost in transmission your opponent will survive.

Those who have used the beta version can continue to play with it, but they'll lose their "handles" ("demo" will appear before their onscreen name). The retail version has new graphics, adds several ships, has an editor to customize the ships and add sound effects, plus lets you set up your own server. You'll need a PC with Windows NT, 64 to 128MB of RAM, 4GB of hard drive space, and a very clean Internet connection (28.8 will barely suffice) to accomplish that.

While Virgin has made no official announcement, it appears it'll continue to operate three free SubSpace servers with five to ten zones apiece for at least the next six months. The timing depends largely on how many private zones crop up. 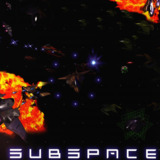 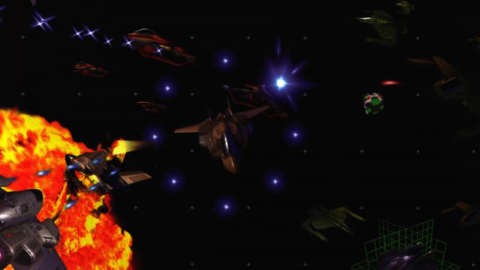