Strength of the Sword 3 Review

It's tough...and rough around the edges.

The title "Strength of the Sword 3" is a bit mystifying, because this game isn't actually a sequel to anything. Rather, it's an interesting game made by the tiny team at Ivent Games. It's numbered "3" because the team never wants to make sequels, so it finishes its "trilogies" from the get-go. I was curious about this because when I started Strength of the Sword 3, it felt like it had expected me to come in already knowing gameplay nuances and mechanics from the previous two games...only those two games didn't exist.

The game has a simple premise, presented in a charming little animated intro scene: a monstrous horde is invading the land, and a golem warrior has been delivered to stem the advancing tide of foul creatures and restore whatever harmony was there before. But even the most heaven-sent of warriors needs divine patience to make it through combat with these hellish hordes. Strength of the Sword 3 is an incredibly challenging game, with enemy battles that require you to make use of all the resources and skills available to you in order to win. Difficulty settings? Forget 'em; the game has one setting, and that setting is murderously tough.

Strength of the Sword 3 doesn't have levels as much as it has collected sets of enemy encounters. The game is a protracted boss rush: your golem warrior is plopped into an environment, enemies appear, and you need to kill them. The environments are arena-like, with no exits or safe spaces to flee to: you either defeat your opponents or die trying. And die you will, many times, because damage is high and the game's forgiveness is very, very low. The AI in Strength of the Sword 3 is impressive; the creatures you fight react to your movements and attacks with surprising defensive and aggressive acumen. You certainly can't spam special attacks and expect to win, because the monsters will counter your attacks and retaliate with a vengeance. The only way to survive is to learn your skills, learn your enemies' skills, and figure out how to use your abilities to counteract theirs--a process that requires lots of trial and error. Strength of the Sword 3 isn't a long game, but it takes lots of retries to finish.

Fortunately for your fighter, Strength of the Sword 3 features a robust combat system. You've got a standard array of sword slashes, shield-based defense abilities, and a rolling dodge, but you've also got a nice variety of stabs, dashing spin-slices, jumping stabs, and special combos that use stock from your mana gauge and do lots of damage...provided you actually hit with them. As you advance through the game, you gain access to more abilities and items, such as throwing knives, grenades, fire breath, and limited healing, as well as obtain swords and shields with different attributes. As you use items and skills over time, their effectiveness increases.

Difficulty settings? Forget 'em; the game has one setting, and that setting is murderously tough.

As great as the combat is, there are some serious barriers to enjoying it. Some of the controls are a bit odd, like having dodge and dash tied to the same button. The game has a list of moves you can look up at any time, but there's no place to get the hang of the controls outside of actual combat. Some of the early stages give you a list of skills to try, and tell you if you perform their inputs correctly, but they don't bother to show how or why the skills are useful. It's tough to learn when you should use skills like the running dash and the shield bash when you are interrupted or immediately punished after merely trying them. While the lack of hand-holding is nice, it's frustrating to be thrown into the hottest flames of battle from the get-go. Since you can't learn by doing, and it's difficult to figure out organically through play, you may feel like you want to give up early on. This is why I was surprised that no previous games in the "series" existed--the game seemed to assume I already knew what I was doing!

Another major issue with Strength of the Sword 3 is that the enemies you fight aren't that interesting. Think of some of the most memorable boss encounters in challenging games like Dark Souls, how intimidating and awesome the foes looked and how their attacks and skills filled you with dread and awe. Strength of the Sword 3's enemies are certainly tough, but they don't look or feel the part in their appearance or their attacks: you fight a cartoony goblin or an orc-type creature one fight, only to fight something that looks pretty similar in the next fight, but hey, this one flies! While there's certainly charm to the game's cartoony visual style, the fights lack the sort of spectacle and clever gimmickry you would want in such a combat-focused game.

There are a few more irritations: the tendency of the game to go into "helpful" (but really not) slow motion when you are struck, occasional camera bugs, and the wholly unpleasant experience of getting trapped in corners of the arena while enemies simply go to town on you (though getting stuck there is usually your own fault). But these are occasional occurrences that can be overlooked to some extent; the steep learning curve and the boring enemy design are much harder to forgive. In the end, there's some interesting gameplay and a rewarding challenge to be found in Strength of the Sword 3, but you're going to need some serious patience to get the most out of this game. 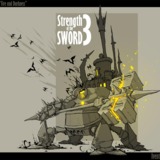 Heidi laments that there are so few "boss rush" games on the market, and even fewer truly great games fitting that description. Hey, can I talk about Alien Soldier? I really love Alien Soldier. It's a genius game that has every kind of ultra-challenging boss you could ever--no? Well, how about I just say to play that instead? 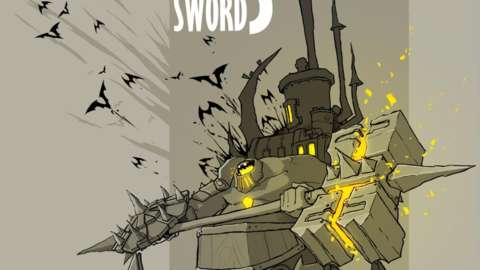 Strength of the Sword 3