The soundtrack still pops, though it's hard to stay excited about the simple beat-'em-up action in Streets of Rage for very long.

Originally released on the Genesis in 1991, Streets of Rage was Sega's response to the still-burgeoning popularity of side-scrolling arcade-style beat-'em-ups. Capcom's Final Fight was the game to emulate at the time. In a lot of ways, Streets of Rage felt like little more than a Final Fight also-ran, right down to its three playable characters and comic-book-gritty urban setting. Now that Streets of Rage has arrived on the Wii Virtual Console, you can be reminded of the great music, though the beat-'em-up gameplay doesn't hold up quite as well.

In Streets of Rage, you play as one of three ex-cops--Alex Hunter, Axel Stone, or Blaze Fielding--who are determined to clean up the apparently rage-filled streets of their fare city. As was the fashion of the time, they'll exact their brand of vigilante justice by walking to the right and brutalizing anyone that crosses their path. The three characters feel ever-so-slightly different, though the basic controls are the same, giving you a jump button and a single attack button, which, depending on the context, can be used to dish out a few different types of attack combos. You can also walk up to an enemy and automatically grapple them, and from there you can pull off moves like shoulder throws and suplexes. Enemies can also grapple you, though it's easy to get out of, and if you do end up getting thrown, a well-timed tap of the jump button will have you landing on your feet like some kind of bare-knuckle cat. There's also a cooperative angle to the grappling in the two-player game, as players can toss each other at enemies as a high-powered ranged attack.

You can also call in for backup, which comes in the form of some heavy artillery launched by a sleek-looking police cruiser sitting several screens away. It's great for dealing with large crowds and especially obnoxious bosses, and it's one of those things that defines Streets of Rage. Also, accidentally calling in for backup at the very start of the game, assuming that the button you're pressing will produce an attack or a jump, is truly one of those hallmark Streets of Rage moments. The novelty of the police backup and the grappling business help stave off some of the monotony inherent to most beat-'em-ups, if at least for a little while. Still, for what it is, Streets of Rage is a pretty well made beat-'em-up. It's not a bad-looking game, with plenty of changes of scenery, parallax-scrolling backgrounds, and good-for-their-time animations, though it's hard not to be bothered by the pervasive pallete-swaps you'll see in the enemies you'll face. Really, the saving grace for Streets of Rage is the music, which is varied and catchy, and it makes good use of the Genesis' sound synthesizer. This was really some of the best music to be heard on the Genesis at its time, and the actual compositions stand up rather well. It's not quite as catchy or intricate as what would end up appearing in Streets of Rage 2, but for some folks, the music will be worth the price of admission here.

It's tough to get excited about side-scrolling beat-'em-ups in 2007. The standards for depth in a fighting system, regardless the genre, have been raised to the point that actually playing Streets of Rage is just boring. There's no denying the quality of the soundtrack, but at 800 Wii points, it's a tough game to wholeheartedly recommend to anyone who doesn't already have built-in nostalgia for Streets of Rage. 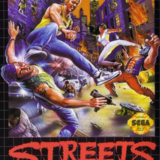 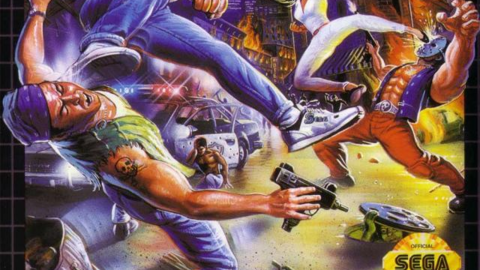 Adam, Axel, and Blaze come together in this classic Genesis beat-em-up.