Street Racer's graphics aren't bad, but they're not anything Playstation owners haven't seen before.

A cross between VirtualKarts and Road Rash, Street Racer for the Playstation combines typical flat-track go-kart racing with some good, old-fashioned violence for a mildly entertaining racing experience.

Players race on a variety of tracks against seven competitors (most of whom look more like Street Fighter brawlers than racers), while trying to score as many points during a race as possible. The point system is similar to the real-life NASCAR Winston Cup circuit, with points awarded for finishing position, and bonus points given for the fastest lap and other achievements. Rack up enough points and, at the end of the season, you may be crowned champion. In your kart you can punch opponents to knock them off the course, hop over bombs that (if detonated), send your kart a-spinnin', or pick up health/turbo boosts for some added kick in a tight race.

The 24 tracks in Street Racer consist mainly of earthy terrain: lots of sand, dirt, canyons, water, rocks, and trees. Even so, the racing experience for each track is roughly the same. Still, Street Racer comes with a ton of options. Choose Championship or Head-to-Head modes (multiplayer split screen showing all eight players), or Race (normal) or Rumble mode (a boring, demolition derby contest where players try to knock each other out of the circular barriers). The two game modes include Normal and Micro, the latter consisting of two truly bad bird's-eye views of the race below. From high above, the power-ups, hopping, and punching don't work and the kart is all but impossible to control.

Street Racer's graphics aren't bad, but they're not anything PlayStation owners haven't seen before. Control is sensitive and accurate, even if it's obvious you're actually controlling the track and not the kart (the kart remains mid-screen at all times). On the downside, the overhead course map is useless and the presentation of onscreen text, which you'll need to squint to read, is downright horrible.

If you're looking for a little quick-fix kart racing, Street Racer will do the trick. But it's doubtful the game will provide any long term excitement. It's good enough for a weekend rental, but not much more. 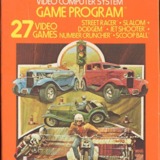 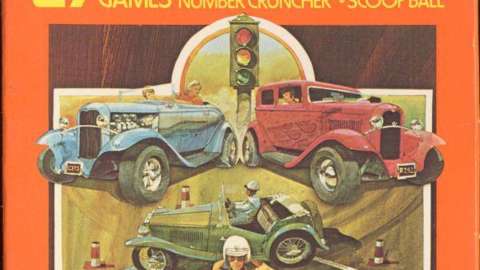 Street Racer's graphics aren't bad, but they're not anything Playstation owners haven't seen before.