There are a handful of different modes to choose from, which change up the standard five-on-five full-court action. You can also play down to three-on-three full court or anywhere from three-on-three to one-on-one in half-court modes. The world championship mode is the main mode here, letting you pick a team and travel to the game's different locales to play the other teams in the league, earning money along the way. That money can be used to change the appearance of your players. There's an apparel store that lets you choose from a large collection of clothing lines, including Ecko, Pure Playaz, Rocawear, and many, many more. The pawnshop is used as a jewelry store, and here you can buy fat rope chains with platinum pieces for your team. The barbershop lets you configure your players' hair for a small fee, the most expensive, of course, being the $50 Afro. At times, it seems like customizing your players is deeper and more interesting than the basketball itself. The game also has a gambling feature that lets you bet on your team in several different categories.

The gameplay in Street Hoops is forgettable and almost seems like an afterthought thrown in after Activision had acquired a ton of different music and clothing licenses. There's very little depth to be found here, and the game has the simplicity of a 16-bit-era NBA game with none of the challenge. On most difficulty settings, the computer can't put up a decent fight on defense, leaving you to fast-break the ball up court with nothing in your way. In the event that you do have to get around a defender, you can simply pound on the juke button repeatedly, which will eventually cause the defender to fall over, clearing your path. On defense, stripping the ball from computer players is, again, a matter of button mashing and positioning your player properly. The game gives you a finer level of control by letting you select which move set you want each player to have, and it gives you a toggle button on offense that, when pressed, makes the face buttons pull off different fancy moves. However, the standard fancy move you get without holding down any buttons works just fine. Like NBA Street, Street Hoops attempts to award you for flashy play. A momentum meter builds and catches on fire when one side is completely full, giving players improved stats and unlimited turbo for a short period of time. Playing the game with another person avoids most of the stupidity found when playing against the computer, but the lack of useful strategy (beyond the obvious "pass the ball across the court and slam before the defense has time to set up") still makes the game a little too straightforward.

As if the gameplay weren't already ugly enough, the game also sports some weak, blurry textures and low-poly models. The players move well, but look quite bad, and given the game's heavy focus on emulating real-life clothing lines, you would think a little more care would have been used when putting those clothes and logos into the game. The court textures look reasonably clean. The game's soundtrack is packed with tracks from artists like Cypress Hill, Xzibit, Smut Peddlers, and many more. Commentary is handled by a Los Angeles radio personality named Big Boy, who tosses in so much rap and street slang that it all sounds forced and phony. In addition, all the audio is very poorly mixed. Big Boy's voice is masked with echo, which is supposed to make it sound like he's outside, calling the game. Instead it just sounds muddy and occasionally difficult to understand.

Street Hoops is, quite simply, bad. The simplistic and boring gameplay makes it seem like the developer spent more time making sure the licensed clothing fit into the game than making sure that the basketball game had any merit to it. If you were a fan of Strawberry Shortcake Musical Match-Ups for the Atari 2600, or any other game where the main function is dressing people up in various clothes, then Street Hoops is nonstop excitement. Anyone looking for basketball, arcade-style or otherwise, would be better served by any other basketball game that has hit the North American market over the last five years. 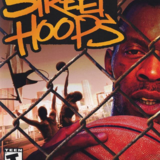 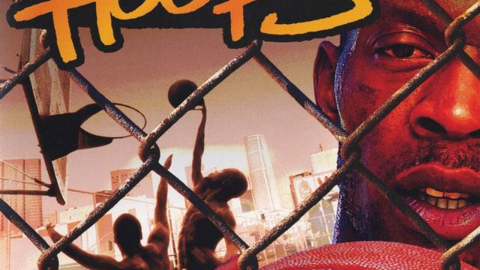