EX3 may feel a bit rushed in some spots, but overall it's a fun and great-looking fighting game that won't disappoint longtime EX fans.

The game's main mode is original mode, where you'll pick one character and dive right into a short but sweet fighting quest. Your first match is against three competitors - all at the same time. After winning this, or any, match in this mode, you'll be asked if you'd like to recruit one of your opponents. You can recruit up to three partners as you progress through the six-match quest, which comprises tag battles, team battles, and a two-on-one match. Completing the final battle nets you a screen full of text and the ending credits. The ending credits serve as a sort of bonus stage, where your main fighter is put on the screen with six or seven generic fighters whom you can beat with only one or two hits. The game gives you an infinite combo meter and keeps track of how many of the generic bad guys you can knock out before the credits end. The other fighting modes in the game let you set up tag battles, dramatic battles, team battles, and four-player matches at will.

The game's other real bonus is the character edit mode, which is an extention of the expert mode that appeared in EX1 and EX2. Instead of having a set number of missions to complete with each character, EX3 gives you Ace, a generic-looking fighter who looks a bit more like a fighter out of the Rival Schools universe than a Street Fighter. When you first start playing, Ace has no special moves whatsoever - he is a completely blank slate. As you complete the expert mode-like tasks (block all attacks, perform a three-hit combo, execute a combo that does over 90 points of damage, and the like), you earn experience points. You use these points to buy Ace's special moves and super combos, which you'll need to complete tasks later in the edit mode. Once you've beefed up Ace, he'll be able to hold his own in the game's other modes.

While the character graphics used in EX3 look pretty amazing when standing still, the animation is the same as it was in EX2. Granted, you can't exactly add lots of frames to all the special moves and keep the game's timing as faithful to the Street Fighter series as EX3 is, but now that the 3D Street Fighters don't look all blocky and pixilated, the jerky animation really stands out. Also worth mentioning is the appearance of B.A. Baracus himself. Yes, what appears to be Mr. T's picture adorns the walls of one of the arenas. It's a strange yet heartwarming tribute to such a master thespian.

The audio portion of EX3 is packed with great effects, such as deep, bassy whooshing noises that accompany super-combo fireballs and the like. All of the hits and misses sound terrific, and the character voices are nice and crystal clear. The music, however, doesn't always fit the action. Also, in an annoying demonstration of audio streaming, the music changes tunes on the fly when other characters get tagged in, so you never listen to one song for long - one track fades into another as soon as the action on the screen dictates a change.

Street Fighter EX3 is the game that EX2 should have, and probably would have, been, had this kind of hardware power been available sooner. The tag-team fighting adds a nice new element that the previous game totally lacked. EX3 may feel a bit rushed in some spots, but overall it's a fun and great-looking fighting game that won't disappoint longtime EX fans. 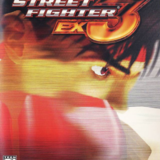 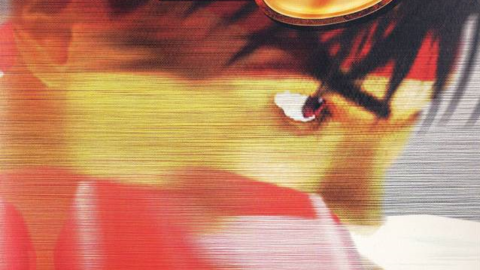 EX3 may feel a bit rushed in some spots, but overall it's a fun and great-looking fighting game that won't disappoint longtime EX fans.