Capcom's 2-D fighters have always been among the best, and Street Fighter Alpha 2 is their best home conversion yet.

Saturn owners should be pleased to know that Street Fighter Alpha 2's translation from coin-op to home is almost flawless. The graphics are solid and done in the same anime style as the first Alpha. The animation is topnotch, as are the sounds and music. The backgrounds are first rate, giving Alpha 2 some of the best scenery yet seen in a Street Fighter game.

The game features 18 fighters this time around - and for the first time Akuma is directly playable. Zangeif and Dhalsim, from Street Fighter 2, have returned. Some new fighters have also entered the fray, including a very cool old assassin named Gen who can switch fighting styles. Alpha 2, however, forgoes any semblance of a plot right from the start (the player doesn't find out what's going with his favorite character until the final fight). It also does away with the before-fight conversation, save for final the boss round. Moreover, the fighting engine has been tweaked to give the game some distinction from the previous Street Fighter games, including the original Street Fighter Alpha (which was a prequel to Street Fighter 2, making Street Fighter Alpha 2 the sequel to a prequel of a sequel to the original Street Fighter).

Control is, as usual, exceptional. Smooth, responsive, and intuitive, gameplay is dead-on. The most notable addition here is the custom combo technique: When the player hits three attack buttons while the combo bar is powered up, he can absolutely hammer the other fighter for a few seconds (racking up some awesome combos in the process). The super combo moves, and the plethora of special moves that players have come to know and love, are also present and accounted for. Capcom's 2-D fighters have always been among the best, and Street Fighter Alpha 2 is their best home conversion yet. 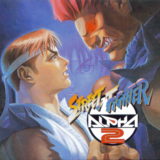 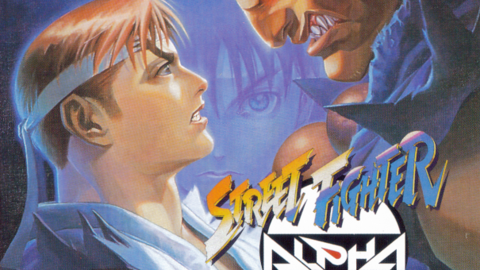