The first rule of fighting games is to make sure your fundamentals are rock solid. If the foundation of your play isn't on point, you'll never be considered a viable competitor. The whiffed launch of Street Fighter V showed that this mantra is as applicable to the game as it is to the people playing it. When it launched in 2016 Street Fighter V had a strong gameplay core, but the emaciated frame containing it couldn't stand up to its contemporaries.

A lack of modes that are considered staples for the series and the absence of tools to teach newcomers how to play left all but the most experienced fighting game aficionados out in the cold. This, unfortunately, came to define the discussion surrounding Street Fighter V, and although Capcom introduced offline modes and a suite of training options in the following months, that grey cloud has continued to linger over it.

Street Fighter V: Arcade Edition, however, represents a new beginning. Arriving two years after the game's initial launch, it is a content-rich, well-rounded experience that pays homage to the series' legacy while also revitalising its finely tuned gameplay. For newcomers or those put off by the paltry offerings of the original game, it's the ideal entry point, and for those that have stuck with it since day one, it's a free update that brings the fresh injection of ideas needed to reignite their fighting spirit.

The choice of characters for each path is limited to just the fighters who were available in those games when they first launched, with Street Fighter V equivalents thrown in to fill out the numbers. Costumes can be picked to reflect their classic design, so if you select Ryu in the first Street Fighter campaign you can opt for the floppy-haired version of the series' iconic mascot. A new selection of musical themes and stings also evoke sentimentality; jump into the Street Fighter III campaign, for example, and the character select theme is a saxophone-infused jazzy number that'll spark memories of playing it on a Dreamcast back in 2000. Go for Street Fighter Alpha and an energetic versus screen jingle channels the youthful motif of that spin-off series. As opponents are lined up, a little airplane moves across the screen to the location of your next bout as the announcer shouts the name of the country, harkening back to Street Fighter II. There are Bonus Stages, too, such as Street Fighter II's barrel-busting mini-game and even a special brawl with the fighter formerly known as Shen Long.

It's all really small, novel touches that land just that little bit harder in the year Street Fighter celebrates its 30th anniversary. The gameplay and character models are still the ones created for Street Fighter V, but this doesn't dilute the nostalgia and, in fact, gives everything a charming high school reunion vibe.

Each character's ending is a comic book-like page of art that summarizes their story for that incarnation, and if you meet certain conditions during a playthrough, more unique pieces of artwork can be unlocked. This might seem like an insignificant reward, but Capcom has brought in well-known artists with close relationships to the Street Fighter franchise such as Bengus, Akiman, and Ikeno to create these. Not only does this provide longevity to those that aren't up for fighting online, but it also gives fans of Street Fighter's art something to chase. These unlocks can be viewed in the new gallery, which also houses a sound-select mode that lets you listen to music from the game whenever you please. Again, another simple addition that reminds you of Street Fighters from yesteryear.

The other big addition is Team Battle mode, which can be used to set up offline skirmishes between multiple combatants, human or AI. It's very versatile, offering the options to tweak the number of participants, match format, and whether health is recovered in between battles and if Critical Gauge carries over, among other parameters. This is sure be a hit for tournament organizers, both professional and casual. It's a quick and easy way to settle rivalries or just have some fun in a party environment.

For the solitary Street Fighter V player, these marquee new features provide plenty to do. However, there are also things like the Extra Battle Mode and Special Challenges, which are time-exclusive fights that dangle the promise of in-game currency or exclusive rewards such as titles and costumes to those who best them. The first of these is a series of fights across a prolonged period that unlocks a Viewtiful Joe outfit for Rashid. This is also where Street Fighter V's ruthless Fight Money economy rears its head.

Fight Money, in addition to real money, can be used to purchase stages and costumes, but everything still feels unreasonably expensive. Although completing challenges and grinding out online battles are consistent ways of adding to your balance, you earn tiny amounts and not everyone wants to venture into the cutthroat world of online Street Fighter. As a result, the economy feels geared towards pushing players into spending real money, which is a shame. For anyone buying the game for the first time Arcade Edition is a way to get up to date on content. It is intended encapsulate everything released in Season 1 and 2 of Street Fighter V, and as far as characters go this is true. However, it would have been nice to also get the extra stages, if not the costumes. Admittedly, this is a greater concern for those that want everything; if you're just after a specific item here and there, the Fight Money mountain isn't as daunting.

Anyone who does feel inclined to purchase costumes with real money should take note of the new model viewer, which lets you preview how an outfit will look before you drop the cold hard cash on it. This is a quality-of-life improvement in Arcade Edition that at least provides the opportunity to make informed purchasing decisions from within the game, instead of being forced to resort to YouTube videos.

Outside of gameplay modes, Street Fighter V: Arcade Edition's big gameplay shakeup comes in the form of a second V-Trigger for every character. For those that need a refresher, V-Trigger is a unique move that can completely change a character's capabilities. It becomes accessible when a meter is filled by taking damage, landing well-timed crush counters, or using V-Skills. Arcade Edition's selection of new V-Triggers are an antidote to stagnation felt by veteran players of Street Fighter V. Two years into the game's life, characters have largely reached the point where they're played in a specific, optimised way, and for the most part this means everyone employs the same styles, strategies, and combos. Alternative V-Triggers open up each fighter in the roster to re-examination, and also creates just enough room for creativity and expression without sacrificing what originally made them distinct.

Ken is still a quick-footed powerhouse but now has the option to use his new Shinryuken to stand his ground and up his damage output. M. Bison players can swap the extra mobility of his original V-Trigger to gain access to a command grab and a Psycho Crusher with V-Trigger II. Laura's Matsuda Sway, meanwhile, helps her get out of high-pressure situations or make reads that lead to further damage. V-Trigger II is an additional wrinkle on a fighting framework that has already proven itself to be deep and rewarding. Street Fighter V emphasized clean play, measured strategy, and consistent execution, and with these new moves, each character feels fresh and unpredictable again.

The final notable improvement in Arcade Edition is in Training mode, which now displays detailed frame data, so students of the game can be fully informed on the technicalities of moves, the knowledge of which can be employed in high-level competitive play. If that's a bit too far down the rabbit hole, there's also a toggle that will just show you when you're safe and unsafe after executing an attack, which is something that's easy to understand and factor into play.

With a slick new interface, fully featured online and offline modes, and every character released thus far--plus Sakura, the first fighter from Season 3 of its DLC--Street Fighter V feels like a complete package. It has always been a strong fighting game that continues to get better over time, but it remained a game for genre enthusiasts. Arcade Edition, however, is a game that you can confidently recommend to anyone. Two years after its launch, Street Fighter V is finally fighting fit.

View Comments (163)
Back To Top
9
Superb
About GameSpot Reviews

Tamoor is now having to split time between Street Fighter V and Overwatch, and it's proving to be very difficult. GameSpot was provided with a complimentary copy of the game for the purpose of this review. 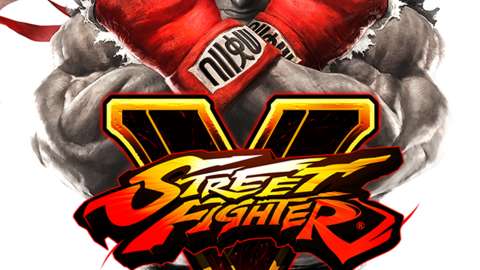 Street Fighter V is coming out exclusively for the PlayStation 4 and PC.