Streak is surprisingly rough around the edges for a third-generation racing game.

Created by the team that brought you Jet Moto, Streak is a futuristic new racer from GT Interactive. The object of the game is to race atop Back to the Future-style hoverboards, pulling off increasingly difficult stunts to boost your speed. In your quest to become the ultimate streaker, you must master a dozen roller coaster-like courses, filled with SingleTrac's signature half-pipes, head-on suicide sections, and canyon-sized jumps.

Just as Rogue Trip was an unofficial sequel to Twisted Metal 2 (Sony retained ownership of the series after SingleTrac was purchased by GT Interactive), Streak is the spiritual successor to the Jet Moto series; apart from piloting a hoverboard instead of a rocket cycle, the two games look and play almost identically. The only real innovation is a new confidence meter, which increases your top speed after particularly crazy stunts. Wreck, however, and your confidence (in addition to your body) will plummet.

While many die-hard Jet Moto fans undoubtedly will be entertained by the game, I was turned off by Streak's lack of originality. Once at the forefront of 3D game development, SingleTrac now seems content to rest on its laurels and copy its previous efforts, changing just enough to exploit legal loopholes.

Streak also suffers from many of the same shortcomings that plagued the Jet Moto series; questionable physics, stiff animation, low polygon counts, and ridiculously difficult tracks all mar the fun. While Jet Moto's dizzying originality made it easy to overlook such problems the first time around, Streak is surprisingly rough around the edges for a third-generation racing game. 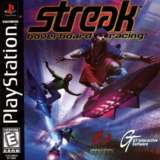 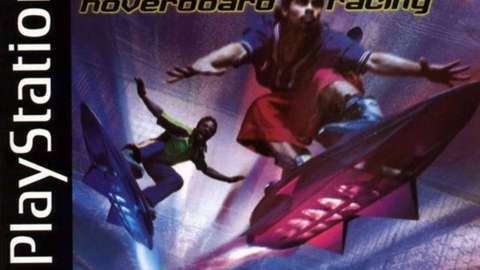 Streak is surprisingly rough around the edges for a third-generation racing game.