The game never really takes advantage of its unique premise and winds up as a title that simply isn't very compelling.

It's not often that we as gamers get to see something new and original. So when a game like Stratosphere comes along, it's hard not to root for it. You hope that maybe this is the game that will end your boredom with the countless "me too" copycats and provide you with hours of addictive gameplay. Well, the good news is that Stratosphere is based on an intriguing premise and offers an interesting plot and some decent 3D graphics. The bad news is that the game never really takes advantage of its unique premise and winds up as a title that simply isn't very compelling.

The game takes place on a world where wars are fought by massive fortresses of rock that float in the sky. These fortresses move and fight very much like ships and are appropriately organized into navies. As the game begins, one of the greatest heroes in the land returns after a long absence, during which most people have assumed him to be dead. Instead of coming home in celebration, the long-lost hero attacks his home kingdom, setting off an interesting and intriguing plot. Your role in this story is that of a rookie fortress commander. You have just completed your training and now must build and command a series of fortresses in the civil war that has broken out.

Gameplay includes simplistic resource management and building elements, as well as action-packed combat sequences between your fortress and those of your enemies. You gather resources (called floatstones because they... umm... float) by flying near them as they sit conveniently on mountainsides. These clumps of rock will break apart and float to your fortress, where you can then use them to build new weapons, structures, and power supplies for your floating rock-o-death. You have a free hand in selecting which items to build and where, but that's misleading. You're really quite limited because of the scarcity of floatstones.

Still, the game includes a nice variety of weapons for your fortresses, ranging from basic cannons and catapults on up to the mighty doom cannon. As you progress through the 24-mission single-player campaign, you can earn promotions that grant you the right to command larger fortresses with access to more powerful weapons. (Be warned that a game-stopping bug occurs in one of the later missions, unless you install the latest patch).

Most of the missions have you follow a series of waypoints and take out a series of bad guys, both in the air and on the ground. I found it odd that all airborne units in this game move around at exactly the same altitude. While the land-based forces (just flak emplacements, mostly) help spice up the environment, it would have been more interesting to allow vertical movement of the fortresses. This is the primary reason why I feel the game failed to deliver on its potential. After all, if they all fly around at the same unchanging level, why not just make them ships instead of floating fortresses?

Despite the fact that the combat takes place in only pseudo 3D, the 3D space around each battle is pretty impressive. The terrain is nicely detailed, with winding rivers and sprawling cities visible on the ground below. Settings throughout the game include grassy regions, lakes, snow-covered mountains, and volcanic regions. Even more impressive is the orchestral soundtrack, which is one of the best I've heard.

The interface leaves plenty of room to view the action but does so at the expense of the tons of information being presented to you throughout the game. The status of your fortress is presented in an unwieldy format that's something like a Windows Explorer file menu, while the text messages at the bottom of the screen are so small that they often pass by without notice.

The game is fairly difficult, though the challenge has little to do with the AI, which seems scripted for the most part. The main difficulty lies in the puzzle-style mission designs, which can be downright frustrating until you "solve" them and stumble across a winning strategy. Also, the game does not allow you to adjust the difficulty setting during campaign play. Finally, the computer seems to always have better equipment than you, and your tiny cannons must pound away for several minutes to achieve the sort of destruction the computer inflicts with a single shot.

Multiplayer support is decent, allowing up to four players to take part in fortress battles via TCP/IP and IPX links. Two players can battle it out over modem and direct serial connections. Gameplay includes basic deathmatch-style action as well as team-based missions. Unfortunately, the game was slow and unstable during my attempts to play it over the Internet.

Basically, Stratosphere is a game that immediately caught my eye and intrigued me with the promise of something new. Unfortunately, the game fails to deliver on that promise. It's not a bad game, and it can be quite fun when multiplayer mode works, but it just doesn't have the sort of gameplay to keep players coming back. 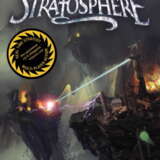 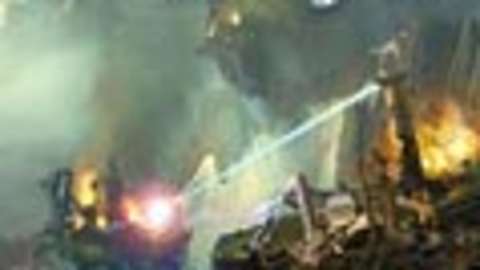 The game never really takes advantage of its unique premise and winds up as a title that simply isn't very compelling.