An overabundance of weaponry gets in the way of the killing in this intense shooter.

Mercy is not a word that's readily associated with Japanese arcade shooters, and there's not a shred of it to be found in Strania: The Stella Machina. Like the scores of sadistic bullet-hell shooters that have come before it, this game is cold-blooded and murderous. It is not your friend. It wants you to die. It relishes in your suffering. Sweaty palms, torrents of profanity, and rage quits are just a few symptoms that manifest as a result of piloting a giant flying mech through the game's blooming fields of bullet death. That's all but expected with the genre, and Strania doesn't disappoint in that regard. Short levels punctuated by dizzying action and hyperintense boss encounters make the bursts of over-the-top chaos stressfully entertaining, though some puzzling design decisions dampen the fun.

Saving the people of Strania from the clutches of a race of robotic invaders requires twitchy reflexes and a willingness to learn from a steady barrage of failure. As the pilot of a well-armed robot warrior, you're sent into the fray against swarms of enemy battleships and killer robots with the odds stacked heavily against you. Your main line of defense and offense is a unique tri-weapon system; you can equip a different armament on each of your mech's arms, and there's a slot for a third backup weapon. Cycling between the three weapons rapidly with the B button to change tactics on the fly opens up a lot of possible combinations. The weapon variety is equally impressive, even if it comes back to bite you in the end. A great mix of blasters, missiles, and other projectile weaponry offers a deadly toolbox for tackling the stickiest combat situations, being able to switch from long-range blasters to a sword for dishing out some melee punishment is a cool and sometimes crucial option.

However, having lots of firepower options isn't always a good thing. The game's constantly fluctuating stages are often designed with specific weapons in mind, and if you happen to be lacking a particular weapon that's well suited to a given level it can quickly sink your flight plans, since you keep your current loadout even when you die. Weapon pickups are also mapped to the closest limb you grab them with, which makes it very easy to accidentally nab an unwanted weapon to replace a favorite armament. Though the most hardcore bullet-hell fans may blow through the entire short game on the first few attempts, it takes constant replays to learn the nuances of each stage and tighten your skills enough to push to the finale. To that end, there's a practice mode that lets you replay a single stage you've already reached in the main game. It's a good way to whittle your attack to a fine point before committing to another full run-through.

On its default normal setting, the game provides only a handful of lives and a few limited continues. The action starts out deceptively easy. Then Strania punches you in the teeth. Progressing further in the game lets you beef the number of lives and continues up a bit by unlocking them, and grabbing a wing-mate in multiplayer co-op sessions helps a bit too, assuming you can sort things out amid the chaos. Each level zips by quickly if you manage to stay alive. It's possible to tear through the entire game in about 30 minutes, though don't expect the last few bosses to hand over victory without a tough fight. Blazing through a mere six short levels, each capped with a massive boss encounter, doesn't sound too tough, but the difficulty skyrockets after the first stage. When you die in mid-stage, you respawn near where you perished. That's not the case if you die in a boss battle, which forces you to restart the entire encounter from the beginning. It's an unfortunate design decision that takes some of the shine out of the otherwise spectacular boss fights. These encounters have you facing off against gnarly foes like a hulking starship that spews buckets of bullets and a huge mech that weaves a web of laser-death across the screen.

Stages are packed with lush background scenery that's constantly transitioning and undulating with visual flourishes: ships fly in and out of view, the view pans around to offer interesting angles on the battlefield, and there's always a strong sense of connection with the game's story setup. While the levels look pretty in between sprays of explosive shells and bullet fire, they're often sinister in design and painfully short. A unique weapon system and creative twists in stage designs--two standout features that should help the game--actually create problems that weaken their impact. In the end, Strania just isn't as accessible or as enjoyable as the competition. 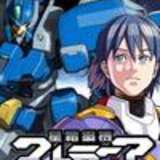 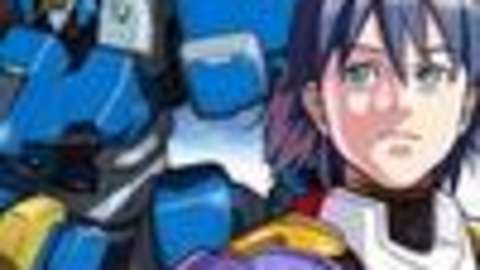 Seisou Kouki Strania is a Japanese arcade game coming out for the XBLA.