I've found I like ski boards over snowboards. They're short, slightly wider versions of skis that go onto each foot independently, as opposed to one large, long plank that straps onto them both conjointly. I completed my first run using them in a matter of minutes instead of the three straight days of falling down the mountain generally associated with snowboarding. This might seem an overdrawn analogy, but it well illustrates why I prefer Sega's Steep Slope Sliders over its current competition, Sony's Cool Boarders 2. In SSS, you can learn the controls very quickly and cut to the fun that much faster, even though you're still using those clunky old snowboards.

The game starts off with a menu of four different characters, one of which you'll select to represent you as you compete through speed and trick courses such as four "extreme" slopes, one slalom run, a snowboard park, and a half pipe. And these circuits are as much about tricks as they are about time. You can place first in the latter category but then end up forfeiting your trick crown if you failed to score at least a few decent stunts while you raced down the hill, and, of course, vice versa, as they're two separate goals, really.

Pointing your tips south and heading down the slope is one thing, but to manage respectable tricks, you've got to know the controls. And the controls have got to be amenable. In SSS, they're not only quick to comprehend they're very responsive as well. Besides the basic D-pad setup, A jumps, B grabs the tip of the board, C flips you head over heels backwards, and the left and right shoulder buttons cut you quickly (or slowly, depending on which you prefer) in either direction. Combining these buttons is how you accomplish tricks. Jumping and spinning a 360, or switching stance, for instance, will get you a decent number of points, depending on how well you do it. While jumping, spinning once, and grabbing the tip from the front will grant you a "360 switch-stance stiffy." Leaping off a hill or ramp will allow you the room to launch a 540 or 720 big air trick. Or, if you're in full effect, you might even score the massive point allotment delivered for a "540 switch-stance back-flip stiffy" (spinning one and a half times, grabbing the board from the front, and flipping over backwards all at once). Likewise, trying these without having proper space and air will plant you sunny-side deep in the powder, costing you precious seconds to boot. But the good news is, you won't have to fight the game to pull these off, in fact, they're easy when you know how. And once you do, bonuses such as additional "hidden" boarders and tracks will soon be unlocked.

The game's graphics are fairly impressive, with fine falling snow and powder kickback effects, great backgrounds, and a decent frame rate. And while some pop-up can occasionally be seen, it's nowhere as noticeable as it is in Cool Boarders 2. On the audio side, the music tracks are pretty agreeable and the lack of obnoxious voice-overs is quite welcome.

Working against Steep Slope Sliders is a sadly absent tournament mode (you keep racing down the same course until you decide to select a new one), CPU boarders to race against, and a two-player split-screen option. It's a good enough game, but these factors keep it from being a great one. 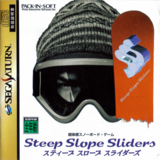 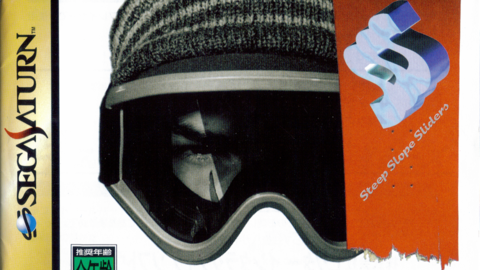