Without exceptional gameplay or style, Steel Soldiers ends up as a fairly formulaic real-time strategy game.

When Z was released in 1996 after protracted development, it was hailed as a real contender in a real-time strategy arena dominated by the giants, Command & Conquer and Warcraft II. Z put an unusual spin on what had emerged as the standard real-time strategy formula of "harvest-build-attack." Instead of mining resources, fighting for every scrap of ground, and constantly erecting new buildings to produce units, you fought over zones of control. You'd capture territory, and you'd gain control of its production facilities, which could then construct more robotic combatants for you. Capturing a territory provided a concrete, measurable reward for your efforts. Z also garnered attention with its quirky sense of humor. Not only did the game feature strange and colorful cutscenes, but it also actually cursed at you when you were losing. Z's new sequel, Steel Soldiers, in many ways feels trapped in 1996.

Steel Soldiers picks up Z's silly sensibility and runs with it. Cartoon cutscenes, rendered in a deliberately old-fashioned comic book style, explain that the MegaCom Corporation and the TransGlobal Empire have recently inked a peace accord and established a demilitarized zone on Rigal, once a hotbed of fighting. It turns out that Rigal is little more than a backwater dumping ground for the military's rejects. Lazing about on cots and downing six-packs, these humanoid robotic grunts are sent into action despite the new governmental policy, thanks to a cigar-chomping gung-ho base commander.

When the fighting re-erupts, you have to save the day. You get an idea of the game's tone by the first mission's banal objective: rescue Brad and Clarke, two daft robot soldiers that talk more like stoned surfers than like soldiers. In the 30 single-player missions, you'll complete different goals that tie into the evolving story, such as it is, replete with hit-and-miss stabs at humor and lines like, "This cease-fire sucks!" The game also includes fairly full-featured skirmish and multiplayer modes.

Along with the less-than-reverent attitude of Z, Steel Soldiers again features the territorial control concept in lieu of resource harvesting. Territories are outlined with pastel-colored borders. When you move units into a new territory, fight off any enemies there, and grab a central flag, you gain control of the area. Winning a territory will boost your credit income, provide you with any (inexplicably abandoned) buildings already located there, and offer you room to erect new buildings. Each territory provides a different income multiplier, so some territories will become more strategically important because of the added credits they produce. The enemy can of course retake territories.

Apart from territorial control, most of the basic gameplay falls into the standard old-school real-time strategy formula. A command center (and sometimes a character from the story) is your one vital asset; lose it and you lose the mission. From this center, you create construction robots that build new structures like factories and gun emplacements, as well as heal combat units. Factories produce your combat units, and these factories feature the standard options like rally points and construction queues.

Some of the units add interesting tactical possibilities to the formula: The spy can infect enemy computers with viruses that cause base structures to malfunction, and the sniper can spot and shoot from much longer ranges than most units. The "teleport" structure can send units anywhere that you can spot on your radar or that you can at least see with one of your units. You can also destroy and repair bridges for tactical advantages. Since both sides have identical units, you don't get to develop special side-specific strategies.

Despite some clever units, you'll spend much of your time building up your army instead of using it during the single-player missions. Because of the pacing and mission design, producing the most units the quickest usually wins the day. You'll often feel more like a factory foreman than a sly general. At least the need to control multiple territories to produce units effectively will encourage you to take the offensive instead of just twiddling your thumbs during mass production. Still, since the enemy artificial intelligence is both fairly competent tactically and improbably efficient at cranking out units, you'll usually be on the defensive and biding your time for a big final showdown despite grabs for nearby territory. Fortunately, the skirmish mode tends to be more balanced and more enjoyable.

While Steel Soldiers isn't particularly complex, a tutorial would have been helpful. At least you can choose from three difficulty levels, though even on the easy level, you'll sometimes find yourself against the ropes, reacting instead of acting. The lack of a game speed option doesn't improve that situation either. You can pause the game, but you can't issue orders while paused. Taken together, these design features often boil down to your having to click around as quickly as possible trying to coordinate your forces, rather than employing thoughtful tactics.

Steel Soldiers does offer welcome aids to help you follow the action. Three multimode display windows provide vital information about your forces and help you navigate the maps. Each window is translucent and can be moved as you see fit so as not to block the action. One of the more useful features is the "leadercam," a small picture-in-picture display that shows you hotspots (and lets you leap to them) referred to in incoming status messages. The camera system rarely gets in the way, and it lets you pan, rotate, tilt, and zoom your view with different mouse button and wheel combinations.

Right-clicking a unit opens a line of command icons above it. From these you set aggression stances, order construction robots to erect new structures, and so on. Buildings are controlled the same way. Actually selecting a unit in the first place can be a hassle, though, thanks to the sometimes clunky controls. You might order a construction robot to begin repairs only to select another unit accidentally. Sometimes you'll seemingly click on a unit only to have nothing happen. Needless to say, this can be a drain on the spirit during hectic battles.

To help reduce micromanagement, your robots sometimes perform intelligent actions on their own, based on the context. If your base comes under fire, nearby construction robots will march over without prompting and begin repairing it. They'll do the same thing to assist combat robots, assuming you have enough credits available for the repairs. Direct line-of-sight spotting means you can't rely on robotic initiative too much, though, as robots may not be able to see comrades even when close by. Apparently, futuristic warriors don't have radios.

When sending units out to explore and conquer, pathfinding can also be a bit of a problem. Single units navigate the landscape and obstacles fairly well, but large groups will inexplicably split themselves up, creating easy targets. Another problem is the lack of formations. You can group units, but they maintain their relative distance to each other from when you formed the group. You can forget about cohesive fighting forces, especially when some units in a group spot enemies before others do and run off after them.

Like the gameplay, Steel Soldiers' graphics are above average, but not far enough above average to really grab you. Wind-swept ridges lining desert sands look convincing, and glassy lakes reflect their surroundings. Boulders litter the landscape, and Mesoamerican-style step pyramids rise from the hills. Palm trees cast shade on the ground, birds soar overhead, and alien wildlife grazes on the plains. Bright beams, explosions, and tracer fire liven up combat, and some little details like running lights on the transport helicopters are nice. Building designs are competent yet bland, and the humanoid units tend to look stretched, awkward, or just plain ugly. Don't expect the stunning visual pyrotechnics and imaginative graphic design of games like Sacrifice. For any real-time strategy game to set itself apart in such a crowded field, it's important that it puts you in a unique world with a memorable style. Steel Soldiers looks too anonymous to succeed on that front.

The same holds true for the game's sound. The repetitive background music acts as sonic wallpaper, doing precious little to draw you in emotionally or create a distinctive mood. The game features some nice ambient sound effects like howling wind, but the combat effects and unit voice responses are eminently forgettable. Again, there's no real sense of playing in a unique, exciting, vividly imagined world. Steel Soldiers could learn a thing or two from games like Starcraft or Homeworld in that regard.

Without exceptional gameplay or style, Steel Soldiers ends up as a fairly formulaic real-time strategy game. It's definitely not bad, but it's hardly exceptional. Sometimes you'll love your robots for their initiative, and other times you'll wish them a fiery death as they blithely head off into trouble after you tried to order them somewhere else. Sometimes you'll laugh out loud at the quirky humor, and sometimes you'll just wince as jokes crash and burn. Some gameplay elements like the territorial control have real potential, but they can't disguise tired concepts and an overemphasis on unit production to beat back hordes of invaders. It too often feels like you're trying to beat the game design instead of a wily opponent. If you like manic gameplay in an RTS, Steel Soldiers might be what you're looking for. If you want the emphasis in real-time strategy to be on "strategy" over "real-time," you'll probably want to look elsewhere. As an old-fashioned and predictable RTS, Steel Soldiers succeeds, but as anything more, it merely scrapes by. 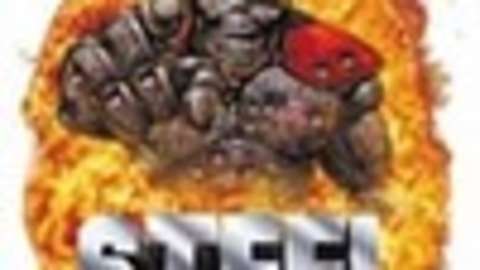 Without exceptional gameplay or style, Steel Soldiers ends up as a fairly formulaic real-time strategy game.