SteamWorld Heist is the successor to 2013's SteamWorld Dig, but rather than expand on that game's mix of action and crafting mechanics, Heist delivers tense turn-based combat from a 2D perspective. It capitalizes on this new approach with engrossing mechanics and complex, nuanced systems that allow the experience to excel despite its lacking story and repetitive mission objectives.

Heist takes place in a steampunk world where Earth has exploded into fragments and the steam-driven robots that now inhabit the remains struggle to survive. You control a band of smugglers led by a cunning but honorable rogue, Captain Piper Faraday. While she typically pursues her own interests, an evil faction stirs up trouble on her turf, forcing her and her crew into a massive, unavoidable conflict.

Unfortunately, this basic premise is about as deep as Heists' story goes. Dialogue in between story missions helps flesh out the universe at large, but characters rarely evolve, and the stakes never change. The story's most important details and plot points are delivered through heavy amounts of exposition. While you're given motivation to jump into battle, you never feel attached to the characters or their greater conflicts.

That being said, Heists' dialogue is witty, written with a quirky sense of humor that adds a layer of charm to its eccentric cast of rogues. From Captain Faraday's admiration of whales to a pair of AI's that debate their identities, there are numerous memorable interactions that help make up for the game's broader narrative shortcomings.

Heist's main star is its side-scrolling, strategic turn-based gameplay. Unlike others in its genre--which typically utilizes a 3D isometric view--the game plays from a 2D perspective. The concept is simple: you command Captain Faraday and a party of crew members through a series of combat missions on randomly generated maps. Despite its unorthodox perspective--which retains genre hallmarks like simple cover and different levels of terrain--Heist's gameplay is mostly standard fare. During your turn, you can move your party members to cover, attack, and use an ability. Then the enemy is given a chance to retaliate, and the process repeats. If you're victorious, you gain experience and net money, items, and special weapons that increase your party's overall strength.

There are a variety of enemy types to fight, each offering unique attacks and behaviors that require you to utilize special tactics. For example, heavy-armor robots with shields need to be flanked, while robots that shoot oil and napalm must be prioritized as they can force you out of cover. The enemy types do a great job at pushing you out of your comfort zone and constantly challenge you to shift your strategy in the middle of battle.

The most distinctive element of Heist is how its combat focuses on skill rather than a randomized probability of success determined by virtual dice rolls. For example, you adjust the aiming trajectory of your weapon in real-time to shoot at enemies or fire trick shots that can ricochet off the environment. While it seems like a simple change to the genre's standard "set and forget" formula, it enhances your sense of responsibility, adding tension to battles. You have to constantly strategize your shots with careful consideration, finding the best angle to fire at the opposition for optimal damage.

It sounds straightforward, but it takes time to master, making for some truly rewarding moments. Nothing feels as exhilarating as landing a complex trick shot on an enemy, especially when they're behind cover and you're using a weapon that lacks the assistance of laser targeting. Weapons come in different types--such as shotguns, sub-machine guns, and sniper rifles--and each has its unique characteristic pros and cons. A weapon could have the ability to fire twice in a single turn, but lack laser targeting. Another could have high attack power, but can't be fired on the same turn as a move action. Choosing weapons for your party provides an enjoyable sense of risk and reward to the game that heightens its strategic depth.

While Heist's focus on skill over randomized dice rolls helps make its combat accessible and engaging to casual players, strategy doesn't take a backseat. The game still requires adaptive thinking and a keen understanding of tactical positioning, as the simple mistake of not getting your party behind cover can quickly result in your party's death.

Victory is balanced out with harsh punishments for defeat. Mission failure can result in a fat loss to your funds, and even if you do succeed, any characters that died in combat lose any experience earned during that mission. With five difficulty levels to choose from--each providing varying tiers of challenge and reward, such as higher penalty in funds, enemy count, and bonus experience percentages--these are always new tests that can push your skills further. By offering a steady learning curve and rewarding your efforts accordingly, Steamworld Heist makes you want to go the extra mile.

Even though there are technically only six classes represented in your complete crew roster of nine, the varying skills and abilities they receive upon levelling up make each character feel distinct. Though two characters share the offensive-focused Vanguard class, one obtains abilities that help them act as a tank; the other gains abilities that increases their damage dealing potential. The welcome variety among your team members creates depth, ensuring that you always need to think carefully when sending a crew member into battle, or when deciding which characters deserve a greater share of your time and commitment.

The culmination of Heist's systems and mechanics occurs during boss fights, which are intense tactical experiences where you fight a powerful V.I.P. target while dealing with waves of oncoming enemies. These battles require quick thinking, accuracy, and a firm understanding of your party's various strengths and abilities. They also challenge your ability to implement a broader plan of attack: do you focus your attention on the boss? Or do you defeat the current wave of enemies before deadly turrets spawn into the map in five turns? Choose wisely since one wrong move can result in your party getting overwhelmed. Boss fights provide some of the most memorable and exciting moments Heist has to offer.

It's just unfortunate that Heist's actual missions are repetitive. Across the game's numerous levels, the objective variety can be narrowed down to eliminating all enemies, collecting all loot, destroying all generators, or eliminating a single target. These objectives are rinsed and repeated throughout, creating a lack of diversity in the experience. While this makes Heist's campaign somewhat forgettable overall, the strength of its mechanics and systems help to alleviate this issue by sparking memorable moments during combat. This is furthered by the enemy variety and the randomly-generated maps, which add a sense of unpredictability, especially during mission replays. You'll struggle to remember Heist's individual missions, but you won't forget the sense of satisfaction you get after leading a well-tuned team to victory against unpredictable odds.

SteamWorld Heist is an absorbing tactical experience with well-crafted mechanics and systems that in spite of its story and repetitive missions, is worth recommending. As a package, it has a sense of quality in its content that'll keep you engaged well after completing it. Heist is an accessible strategy game with nuanced mechanics and systems that make its ever-shifting challenges a joy to play.

View Comments (38)
Back To Top
8
Great
About GameSpot Reviews 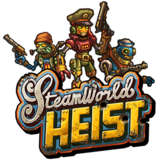 Matt spent 15 hours playing SteamWorld Heist during his first time through. and now he's more than willing to put in more hours to max out the level of his in-game crew. 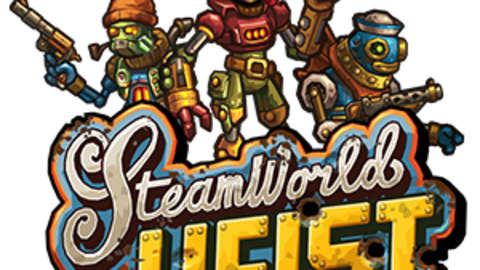 SteamWorld Heist is a game about space adventures and strategic shoot-outs. Play as Captain Piper and recruit a team of rag-tag robots to explore and scavenge the remains of a destroyed world. Board enemy spaceships and command your crew in a unique variety of turn-based combat, where the outcome is determined purely by your own skills.

Everyone 10+
Fantasy Violence, Mild Language, Use of Tobacco