The best part about State of Emergency is the way every facet of the game comes together to form a perfect feeling of panic.

In order to become a game publisher that stands out from the crowd, a company has to carve its own niche. EA is best known for its sports lineup, Nintendo's software is typically family friendly, and Midway is known for its largely arcade-style roster. Rockstar Games is quickly gaining a reputation for publishing games that manage to be both insanely fun and completely adult in nature. The company's freestyle crime slant has led to games like Smuggler's Run, Midnight Club, and the universally acclaimed Grand Theft Auto III. Now, hot on the heels of GTAIII, Rockstar is back with State of Emergency, an action-packed riot simulator filled with so much over-the-top violence that the game becomes almost hilariously funny.

The publisher has defined State of Emergency as "the world's biggest beat-'em-up," likening the game to a modernized Final Fight that takes advantage of current technology. While this isn't inaccurate, it's worth mentioning that State of Emergency, like just about every game that has tried to bring the Final Fight formula into a 3D world, has its share of problems. For starters, the camera requires constant babysitting, forcing you to frequently hit R1 to swing it around behind your character or use the right stick to swing the point of view around. Even still, the camera gets hung up in tight corridors, and you'll often find yourself walking around corners blindly, only to find a large enemy force on the other side that opens fire before you even have time to reposition the camera to see them. Additionally, the basic gameplay is extremely simple, almost to the point of feeling stripped down. You have a punch and a kick at your disposal, and mashing on the buttons will execute combos. Hitting both buttons together allows you to grab opponents for throws and other holds. But the game is perhaps at its best when your character is armed. There's a wide variety of weapons in State of Emergency, starting out with simple batons and baseball bats. The game also includes a nice selection of firearms, including a pistol, an Uzi, an AK-47, an M16, a shotgun, a minigun, a flamethrower, a grenade launcher, and a rocket launcher. You'll also find some blades, namely a hatchet and a sword. Finally, many objects found around the environment--park benches, for example--can be picked up and thrown. You'll need this large arsenal to keep the corporation security forces and gangs at bay. As you proceed, the enemies become tougher and tougher to beat, as they'll rush you with larger numbers and better armaments.

The game's main mode is called chaos. Chaos' main selection, confusingly called "kaos," plays similarly to Sega's Crazy Taxi. You are given a limited amount of time to earn points, but you can earn more time by picking up time power-ups, which are usually earned by killing enemies. The idea is to strike a balance between rioting to earn points and fighting to replenish your health and time. As you play, various bonuses switch on and off. For instance, on occasion, you'll earn 10 times as many points for destroying objects as you normally would, or there will be a five-times multiplier on window breaking. Also switching on and off is the civilian kill penalty, which costs you points if you mow down bystanders when it's enabled. When the penalty is off, you can freely unload your weapons into the crowd, though it should be noted that you never actually earn points or bonuses by killing civilians. The point of chaos mode is to earn points. Once you reach a certain score plateau, the next level is unlocked. In addition to the push and pull of the kaos selection, there are also variants with fixed time limits. Completing these unlocks the "last clone standing" selection, which puts you in the level with 200 defenseless drones and asks you to kill them all in the fastest time possible.

State of Emergency's storyline seems like an afterthought that attempts to provide a reason for the rioting--so much so that the game's main mode doesn't contain any story elements whatsoever. In the not-so-distant future, the government is overtaken by a large corporation that is, of course, evil and extremely oppressive. As things reach big-brother-like levels, the populace, full of fear, begins to riot. You are a member of Freedom, an organization bent on overthrowing the evil government and getting things back to normal. The story only appears in the game's mission-based revolution mode. In this mode, the scoring and time limits of the chaos mode are replaced by various task-based objectives. Here, you'll advance Freedom's cause by blowing up buildings, killing corporation executives, and guarding people and places that are friendly to the resistance. Weapons are a lot harder to come by in this mode, as they're usually only given out for specific missions, rather than found on the ground all over the place. There are a ton of missions in the game, and each one must be completed to move forward. Some of the missions are well designed and fun, but most of them are either mindlessly simple tasks or frustrating trial-and-error endeavors that force you to find the path of least resistance through a part of the map to avoid enemy-heavy areas. In the end, the mission mode seems more like busywork than anything else, and it definitely deserves its secondary status. Advancing in this mode unlocks playable characters, which start at two and grow to a total of five.

State of Emergency is a pretty amazing graphical achievement. While the levels don't look terribly out of the ordinary and the player models don't look especially robust, the game can put somewhere around 150-200 people onscreen without any frame rate trouble at all. Add to this little graphical effects, such as some nice-looking fire and explosions, and you've got a technical marvel that manages to look quite good along the way. Without the ability to put this many people onscreen, the game would lose a lot of its impact--there's nothing quite as satisfying as launching a rocket or grenade into a huge crowd of people and watching the blood and limbs fly. The sound effects throughout the game are pretty great, and they effectively convey the feeling of a riot. You'll hear people shrieking as they run around like lunatics, and the weapon fire is especially nice. The music consists of fairly generic-sounding techno and rock tracks.

In the end, the best part about State of Emergency is the way every facet of the game comes together to form a perfect feeling of panic. It's also disturbingly satisfying to find a shotgun or assault rifle and turn a crowded, rioting mall into a complete and total bloodbath. Even once the missions are completed and the levels are all unlocked, State of Emergency has enough going for it to hold your interest. The almost mindless nature of State of Emergency makes it seem a bit harsher than Grand Theft Auto III--where there was at least a clearer method to the madness--despite SOE's cartoonish character design. As a result, this game is most certainly not for children or the easily offended. If you're the least bit squeamish about random acts of destruction or extreme loss of life, pass on this one. 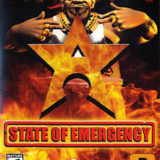 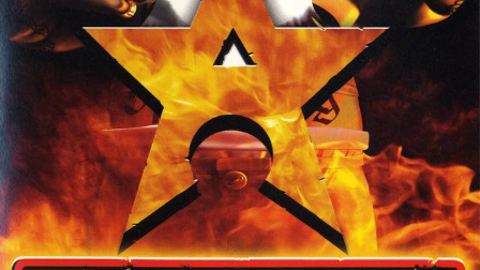 The best part about State of Emergency is the way every facet of the game comes together to form a perfect feeling of panic.