Taldren has overhauled the Starfleet Command series to appeal to a wider audience, and the changes are immediately noticeable.

A few years ago, it seemed that pretty much any game with "Star Trek" in its title would turn out to be terrible. One of the first games to buck this trend was Starfleet Command, a tactical starship simulator from Interplay and developer Taldren. Based on the Star Fleet Battles board game, it was a modest success among strategy gamers and was well received by Trek fans for its slavish devotion to Trek lore. Today, old Trek seems a distant memory, and the newest installment in the Starfleet Command series is boldly striding into the future with a new publisher, a new setting, and many changes to gameplay.

It's clear from the outset that Starfleet Command III is striving for a broader audience. While the first two games were applauded by Star Trek fans and hard-core strategy gamers, they were also maligned for their cumbersome interfaces and complicated gameplay. Taldren has overhauled the Starfleet Command series to appeal to a wider audience, and the changes are immediately noticeable.

The biggest difference from previous editions is a change in setting from classic Star Trek to the Next Generation. The new setting means that all the ships, weapons, and technology are brand new, and the races are significantly changed. The numerous factions of the previous game have been pared down to the four core races of the Next Generation canon--the Federation, Klingons, Romulans, and Borg--which also translates into tighter campaigns and more-focused gameplay.

The single-player game takes place after the U.S.S. Voyager has returned home but prior to the events of the upcoming Star Trek: Nemesis movie. The designers have crafted a more interesting plot to tie together the campaigns, and so you'll play as the Klingons first, then the Romulans, and finally the Federation. Now that relations between the Federation and the Klingons are at an all-time high, the two factions are preparing to construct a joint space station called Unity--on the border of the Romulan Neutral Zone. Of course, the Romulans are dead set against the alliance and the space station, and over the course of the campaigns, they engineer a series of events to imperil both the starbase and the alliance.

The Borg don't have a story-based campaign, but you can play as them in multiplayer and in the conquest campaigns, which are open-ended games without a plot. The victory condition is simply conquest of the galaxy. These campaigns aren't as interesting as the story-based campaigns, since they lack unique missions, but they're ideal for those who just want to amass bigger ships and crush AI empires.

However, the campaign itself is secondary to the game's missions. All the action unfolds in the tactical missions, and it is here that most of the improvements have been made. The interface and gameplay have been streamlined immensely from the previous Starfleet Command games. The interface is less cluttered, though it may still seem a bit overwhelming to more-casual strategy gamers. Thankfully, the game has excellent tutorials to teach you the basics of controls, gameplay, advanced tactics, and the differences between the races. It's too bad the developer didn't add similar tutorials for the game's clunky campaign interface.

Nevertheless, within the tactical mode, things are easier to handle. There are now just two weapon types: primary, which consists of standard phasers and disruptors, and heavy, which consists of torpedoes and specialized beam weapons like the Klingon ion cannon or the Romulan myotronic beam. In addition, managing power between your shields and weapons, which is the key to winning battles, is handled easily with sliders. Starfleet Command III's tactical battles also have streamlined shields and warp-drive travel. The game has four shield facings instead of six, and reinforcing shields is done simply by clicking on the desired shield in the ship schematic at the bottom left of the screen. Unlike in previous games, your ships can also engage their warp drives. Not only does that mean you can shuttle across the levels easier, but the warp drive can also be used tactically, for high-speed strafing runs (you can fire torpedoes while in warp but not primary weapons), for shaking off pursuers, or in other ways.

If your ship gets damaged, repairs are easier to perform, and you no longer have to manually purchase spare parts. Instead, you can use prestige points to customize your ship. You can refit your ships with new shields, weapons, transporters, computers, armor, warp cores, and more. Like in FASA Studio's recent MechWarrior games, you need to make sure you can afford to buy the equipment you want and that your ship has the available mass and power for the modifications.

There is a lot of strategy involved in customizing your ship in Starfleet Command III, especially when you must decide whether to modify your current ship or buy a higher-end model with default weapons. You'll also have to decide between upgrading different parts of your ships, like choosing between better shields or better torpedoes. Despite the tough choices, it's actually a lot of fun, and with more than two dozen ships and more than quadruple that number in different parts, Starfleet Command III offers hundreds of different combinations, most of which are perfectly feasible combinations, so you may find outfitting your ship to be almost as enjoyable as fighting a battle.

Starfleet Command III makes plenty of other changes, too. Crew members now gain experience levels, which lets them perform additional tasks. You can also use prestige points to recruit new crew members to replace old ones. Also, the game simplifies shuttles (there's only one shuttle available in the game) and removes missiles, and it also changes tractor beams so that they can't stop attacks but can still help you lock onto a target.

But having to arrange a firing arc to lock onto a target, as well as having regenerating shields and relatively slow ships, sets a plodding pace for the game. There's quite a bit of strategy involved in each battle, but they take time to resolve and seem more like drawn-out waltzes than exhilarating space battles. All the hardpoints for your weapons have firing arcs, which are in most cases 45-degree-angle cones. So you spend lots of time just maneuvering your ship into position to fire and then spend more time waiting for the weapons to recharge, all while trying to keep your enemy's weak spots in your sights. And because the enemy is moving his strong shields to face you, you have to outmaneuver him. The end result is lots of circling around each other. Since maneuvering is so difficult, you'll really appreciate the small Klingon ships or the Federation's 360-degree, saucer-mounted phasers.

Starfleet Command III's AI is tough but predictable. It does a great job of rotating its ships to move its unshielded sections out of the way and position its intact shields toward you. And it's good at turning the tables on you and maneuvering into position to pick apart your weak side. The game itself is well balanced, yet all the sides are still different, with unique strengths. For instance, cloaking has been enhanced from previous games so that Romulans and Klingons can cloak their ships to position themselves in just the right spot before unloading a full attack. But since you can't usually destroy an enemy ship with a single volley, cloaking isn't some kind of unbalanced instant-kill tactic. And there are built-in balances to keep cloaking in check: You can't fire when cloaked, and while you're decloaking, your ship's shields will be briefly offline, which makes your ship vulnerable to enemy fire and boarding soldiers.

Other minor problems mar this otherwise well-executed game. The biggest is that you can't save during a mission. The game's graphics aren't great either, though they are serviceable. Starfleet Command III's explosions all seem pretty uniform, and the game's cluttered campaign interface is unintuitive to say the least. Also, actually moving your ships on the campaign map is tedious, as you have to click on one hex at a time, and you can't see what missions are available in surrounding hexes. And despite all the enhancements, the game is still slow-paced and rather complex, at least compared to a conventional real-time strategy game, so those who prefer the quick action of Command & Conquer or Warcraft III may not enjoy it.

However, Starfleet Command III is a great game overall. Its voice acting, with the exception of the Borg, is superb--the game even features Patrick Stewart as Captain Picard, who provides voice-over for the game's tutorials. The online campaign, called Dynaverse 3, is also playable right out of the box and is as robust as the single-player conquest campaign, though it lets you group with players in fleets to take over other players' territories. The Dynaverse 3 campaign is a semipersistent world, with a winning empire declared after a period of time. This aspect of the game sounds like fun (except for having to bid against your allies to buy ships), but at this point, the online campaigns are so sparsely populated (or run as exclusive clubs) that it's hard to find good action-packed games at any given moment. Still, as more people come to realize the depth of rewarding gameplay in Starfleet Command III, it should hopefully be only a matter of time before both the Dynaverse and the Starfleet Command series attract more fans and would-be starship commanders. 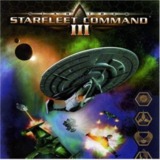 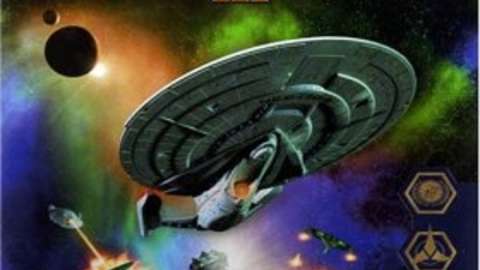 Taldren has overhauled the Starfleet Command series to appeal to a wider audience, and the changes are immediately noticeable.