Expectations tend not to run high for add-ons and expansion packs; they're poor-man's sequels, usually thrown together in the wake of the original game's success. But you figure that so long as the expansion offers up more of what you liked about the original, it's good enough. Besides, at half the cost, you can't really ask for much more, can you? According to Blizzard, you can indeed: Brood War, the official expansion to the year's best real-time strategy game, contains all the care, detail, and ingenuity of a true sequel, in spite of its unlikely guise as your typical supplement. While that's not to suggest Brood War is a complete overhaul of the original, by continuing and enriching Starcraft's story, and adding excellent new units and terrain, Brood War completely revitalizes Blizzard's everlasting real-time strategy game.

Brood War doesn't look all that much different than the original Starcraft, although there's plenty of new visual content. Fortunately, Starcraft's graphics have aged nicely, and the game still looks great. Brood War's new units fit right in with the returning cast, and although the new snow terrain is too bright, the twilight and desert tile sets are beautifully drawn. Meanwhile, the stylish new intro movie and ending cinematics for each of the three campaigns are emotionally moving and tie in much more closely with the larger story than the original Starcraft's cutscenes.

Brood War boldly improves upon Starcraft's unforgettable audio, with new music and sound effects and a lot of new speech. Each of the three races gets a new music track, and all of it is outstanding, particularly the orchestral Terran theme that eclipses the New Agey stuff from the original. With the exception of the Dark Archon who sounds like he has laryngitis, all the new units in Brood War sound every bit as good as the originals, and many of them have very amusing things to say if you keep on clicking. Every surviving character from the original Starcraft returns with many more speaking lines in most cases, and as in the first game, the voice acting in Brood War is first-rate. With rare exceptions, the dialogue during mission briefings and during frequent in-game scripted events is completely convincing and adds up to what's one of the year's best stories in any gaming genre. It picks up right where the first game left off, and much like the original, the three plots are brilliantly written to be both self-contained and deeply connected.

As you'd expect, the Brood War campaign is much more difficult than the original Starcraft campaign. Nevertheless, the missions are far superior by design. They're heavily plot driven, with scripted story events frequently punctuating the action. Occasionally your mission objectives will change after you complete what you thought was the extent of your duty. At other times you'll be given a choice of objectives, and your decision will directly affect the course of the following mission. New units are introduced in context, and the scenario will teach you to use them by demanding you take advantage of their particular specialties. It is worth noting, though, that the designers start to run out of steam by the end, as the innovative scenarios that permeate the Protoss and Terran campaigns finally give way to more straightforward against-all-odds Zerg-centric massacres, although the story remains captivating to the end.

With Brood War, Blizzard took the opportunity to reevaluate the play balance of an already well-designed real-time strategy game. The results are outstanding; seemingly minor but terribly significant modifications to unit costs, damage rates, hit points, and build times suddenly make the game play very differently, as units that were once ineffective (such as the Protoss Dragoon and the Terran Goliath) are powerless no longer. In the end, almost every single unit in the game has been changed in one way or another. Likewise Blizzard addressed the common complaint that Starcraft catered itself toward rush tactics, where an early attack by basic units would often prove decisive, by augmenting defensive structures to better handle small numbers of weak units. These changes to the original units are included not only in Brood War, but in the Starcraft 1.04 patch.

At the same time, the six new units in Brood War demand serious consideration, as each race now has the means to deal with enemy swarm tactics. Now more than ever, the player who just piles up one type of unit will surely lose to he who combines his forces. The end result of all the changes and additions is a game that feels much more strategic than before. The only consequence is that Starcraft's interface, which demands that you carefully micromanage your forces, is ill-equipped to handle the game's newfound complexity, and without some serious practice you'll have trouble putting the specialized new units to good use. Moreover, if you're weary of the real-time strategy formula that culminated in Starcraft, you may be put off that Brood War, when you get right down to it, is fundamentally similar.

Nevertheless, if you liked Starcraft in the least, it doesn't take a great deal of thought to understand that Brood War is essential. What with the superb campaign, the new units, the overhauled gameplay, and dozens of new multiplayer maps, you have both a more-than-worthy successor to Starcraft and one of the finest computer game expansion sets of all time. 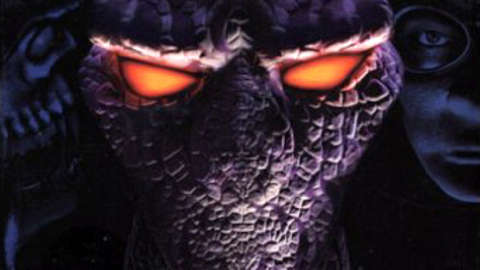 It doesn't stray far from the blueprint created by its predecessors, but it is, without a doubt, the best game to ever adhere to that formula.