Order 66 is genuinely fun to play, which is why it's such a shame that the game's UI is so fundamentally broken. If you can overlook these problems and regard it as a diamond in the rough, you'll be rewarded.

In Star Wars: Republic Commando: Order 66, you control Republic insurgents under the thrall of Chancellor Palpatine, who's not so secretly a Sith Lord. "Enact Order 66" is Palpatine's way of commanding you to kill all the Jedi--a move anticipated by everyone but the Jedi themselves, who were too busy doing nude yoga in their hippie commune to notice that every single clone soldier had gone all Dark Side. Order 66 combines excellent strategic shooting with lackluster presentation and broken menu interaction. The gameplay is so good, you'll curse the fact that the user interface is completely broken on the Sony Ericsson S710.

In Order 66, you command three units at a time. You can select these from a small roster that grows each time you complete a level, and eventually includes Anakin Skywalker/Darth Vader himself. Each type of soldier fires in a particular direction with a certain level of power. Choosing your troops wisely is practically half the battle; certain units are almost required to beat each level's end boss.

Your units can travel in three formations: staggered, horizontally linear, and vertically linear. You can also switch the order of the troops in the formation to suit your strategy. One unit, for example, can occasionally activate a shield. In these instances it's a good idea to keep him in front to take damage. Med kits abound, and are the game's only power-ups, aside from very rare missile icons. Picking one of these up lets you call for an air strike, damaging all enemy units onscreen.

Order 66 is compelling because it requires you to strategically engage your enemies. If you just charge in, guns blazing, you'll get majorly messed up. Fights against Jedi are easily the highlights; these Buddhist monks from the futuristic past are only vulnerable under specific circumstances. Most of the time, they'll just deflect your blaster shots, sending them darting right back at you.

Unfortunately, many players will never get to enjoy all that Order 66 has to offer because they'll likely be put off by the game's numerous UI bugs, which are apparent right from the get-go. The splash screen doesn't display in the right aspect ratio. Because this is the screen on which all expository text appears, the story is illegible--those who haven't seen Episode III will be spared any plot spoilers.

In-game, the pause key doesn't work at all. If you don't like the way a fight is going, you'll have to just wait to die. There's also no way to quit the game midsession, besides hard-resetting your phone. None of these problems were in evidence on the Motorola V551, but the game was unplayably slow on that handset. Ask yourself: Do you want a busted UI or annoying slowdown?

Order 66's sprites don't represent amazing artistry, but the game does let you face off against dozens of enemies simultaneously. The backgrounds are decent too, and--for the most part--true to the movie settings on which they're based. Strangely enough, though, flaming braziers are all over the place, and can cause you damage.

Sweet laser sounds abound, and thankfully don't cause slowdown on the Sony Ericsson S710. We had just about the opposite experience with the Moto V551, which chugged up with each blaster report.

Order 66 is genuinely fun to play, which is why it's such a shame that the game's UI is so fundamentally broken. If you can overlook these problems and regard it as a diamond in the rough, you'll be rewarded. Palpatine will scare you into submission, too. The dude has huge bags under his eyes--a trait common to all Sith--yet only Samuel L. Jackson suspected sedition, because he's always hankering for a fight. (Haven't you seen his other movies?) In any case, with you at the controls, it's too late for all these Light Side sissies. This is a game worth playing, regardless of its problems.

Editor's note 09/07/05: An updated version of this game has been released that corrects some of the issues mentioned in this review. 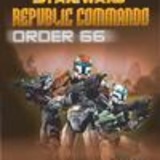 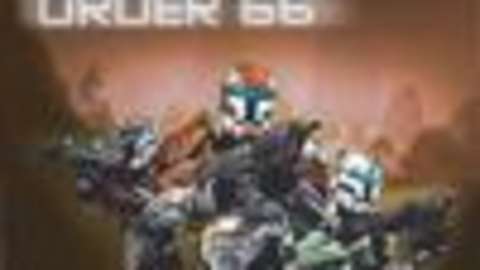 Order 66 is genuinely fun to play, which is why it's such a shame that the game's UI is so fundamentally broken. If you can overlook these problems and regard it as a diamond in the rough, you'll be rewarded.