Starfleet Command is undoubtedly the best combat-oriented Trek game yet.

When Star Trek fans finally got their hands on Interplay's long-awaited Starfleet Academy a couple years back, a great many of them were disappointed to find that what they'd hoped would be a full-fledged starship simulation was, at its core, merely a run-of-the-mill space-combat game with Trek trappings. Interplay must have realized that Starfleet Academy just wasn't what Star Trek die-hards wanted, so it based its next Star Trek game on the board game Star Fleet Battles. The result is virtually a polar opposite of Starfleet Academy: Though its production values aren't nearly as slick, it's light-years ahead of its predecessor in terms of detail, strategy, tactics, and replay value. But while Starfleet Command is undoubtedly the best combat-oriented Trek game yet dished up for the PC, continued play reveals a slew of problems that keep it from achieving the "instant classic" status that some have hastily applied to it.

Just like the board game it's based on, Starfleet Command is almost staggering in its scope and, at least at first, in its complexity. In the single-player campaign and skirmish games, you can choose to represent one of six species. The familiar Federation, Romulans, and Klingons are here, as well as the lizard-like Gorn (featured in a single episode of the original series), the Lyrans (a derivative of the Kzinti, from the board game), and the Hydrans (three arms and three legs - too bad you never see one up close). With three different eras to choose from, that adds up to a whopping 18 different campaigns, featuring progressively faster and more sophisticated ships.

The prospect of 18 campaigns is pretty exciting in itself, but the manual claims that Starfleet Command goes much further with a "dynamic universe generator" called Dynaverse, designed to ensure that "every campaign game of Starfleet Command will be different." Unfortunately, that isn't exactly the case. Certain parameters of each campaign may vary - the Federation might be at war with the Gorn and the Hydrans one time, then fighting the Romulans if you restart. Some of these random variations can be inconsistent, with bitter enemies accusing you of breaking treaties that never even took place. Otherwise, certain campaign scripts remain identical every time, such as after you join the Federation Special Task Force or Klingon Black Staff sects.

If you elect not to join elite organizations such as these, the missions basically boil down to fighting pirates, escorting convoys, and defending bases. This can last for about an hour before you're handed a half-dozen heavy cruisers and told to destroy an enemy base. That takes about ten seconds, and then the campaign's over and you're told you're being hailed as a hero back home. Clearly, the only satisfying route in Starfleet Command is to join the Special Forces of a given race, whose scripted campaigns are more involving than the less linear ones.

There's still plenty of campaigning even if each of the 18 scenarios plays out similarly each time, and the process of acquiring new and better ships can be enough to keep you going for hours and hours. You buy new ships and equipment and recruit new officers by spending "prestige points" earned by completing missions successfully. The better you perform, the more prestige points you earn. The interface for buying and outfitting ships is clean and efficient, and an accessible Vessel Library makes it simple to determine if your prospective purchase is suitable for your next mission.

Though you nominally have officers assigned to all the usual posts - helm, security, science, tactical, repair, weapons, and so on - the bottom line is that it's up to you to control each of these ship functions. It sounds like a lot to do, especially when you toss in stuff like sending over "hit and run" teams of marines to capture an opposing vessel or to destroy enemy ship components (which you cannot target specifically with your onboard weapons). But the game's tutorials help you master the basics in very short order. It's also helpful that you can pause the game at any time and issue all the orders you like before resuming play. Yes it's complex, but it isn't overwhelming.

Once in combat, you'll be blown away by the richly detailed 3D starships, and the visual effects for weapons and explosions are equally impressive. But the decision to place these 3D models into what's essentially a 2D playing field may have you scratching your head: The only navigation options are for speed and turning right or left (there is no first-person view, by the way). The result is that battles often look like they're being fought on a galactic turntable, especially if you use the "padlock" view to keep the targeted ship in sight. It's troubling, as is the fact that ships appear to pass through one another - you can even see your missiles pass through friendly units on their way to a target. However, in the end you'll get used to it - but then you'll begin to run into other issues that are more difficult to accept.

The troubles begin with mission briefings, which give you so little information that you'll sometimes have no clue about your objective halfway through the mission. And for a game of fleet tactics, communications in Starfleet Command are extremely limited: About the only options you'll get after hailing someone are "taunt" and "surrender" - even when dealing with allies! And it's impossible to tell a ship in your fleet to attack a specific enemy unless it's the one you're targeting, which can be frustrating when you want a smaller ship to deal solely with smaller enemy ships while you tackle the big guys.

Meanwhile, the tactical map is almost worthless because you can't use it to order ship movement, and it doesn't identify the icons that are displayed - the only ship you can absolutely, positively identify from this map is your own since it's always in the middle. You can target an object by right-clicking on it in the tactical map, but to find out exactly what you've targeted you've got to eyeball it from the captain's chair - the same view you must use to send ships in your fleet to a specific location. Sure, this system works - you can zoom out a huge distance, select a friendly, then click at a point in space - but for ships as highly advanced as these, it seems pretty primitive.

Then there's the issue of ship identification. It seems almost obvious that hostiles should be highlighted in red for quick identification, but in Starfleet Command, they're bracketed in blue like everything else. You can supposedly use a target-enemy command to cut down on the confusion, but it sometimes winds up targeting planets and other nonhostile objects, possibly because some dangerous ships apparently aren't classified as enemies because you're not actually at war with them. You'll also begin to suspect the game's artificial intelligence routines after you lose enough times. These aren't what you'd call state of the art: Expect your security officer to speak nonsense from time to time, and beware while escorting convoys, for they're liable to run headlong into asteroids they've seen far in advance.

This is not to suggest that Starfleet Command isn't any fun. The huge array of options you're provided in battle - sending shuttles to attack enemies, reallocating power to meet the changing combat conditions, using tractors to hold incoming missiles at bay, and more - provide Starfleet Command with an unprecedented level of depth for a Star Trek game. Multiplayer Starfleet Command is also a real blast: Even with relatively high latencies on Mplayer, the action was smooth and satisfying. And the different multiplayer modes - base attack/defense, several variations on a "last man standing" theme, and a "pass the tribble" game where you attack enemies by beaming tribbles aboard their ships - meshed nicely with the game's complex tactics. But though you'll enjoy it for quite some time, you'll also realize that Starfleet Command could have spent more time in the dry dock before shipping to retail outlets. 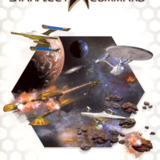 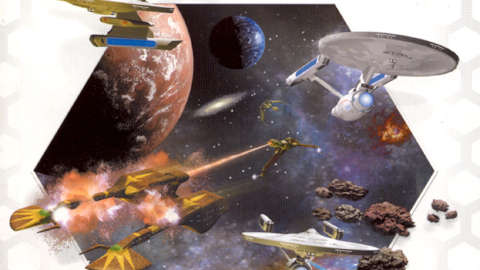 Starfleet Command is undoubtedly the best combat-oriented Trek game yet.