Star Renegades Review – The Heat Of The Moment

Star Renegades revives the magic of the turn-based RPG battle.

I grew up on RPGs with turn-based battles, but I don't play them much anymore. Too often, they're designed for quantity over quality, leading to long strings of fights you can grind through on auto-pilot. It's ironic, then, that Star Renegades, which applies the run-based roguelite structure of games like Into the Breach and Dead Cells to a gauntlet of turn-based RPG battles you repeat over and over again, would find a way to reinvigorate them. Tactically taxing and demanding in every moment, Star Renegades makes every turn feel like a new crossroads where the fate of the world (or at least your playthrough) hangs in the balance. Whether it elicits ecstasy or agony, it's always exciting.

The "run" in Star Renegades is a truncated RPG quest. Your party, which begins as a trio and maxes out as a group of six, repels a multiverse-conquering invasion force. Taking a cue from Into The Breach, failing in Star Renegades prompts you to send a robot messenger to the next dimension so it can prepare to defend itself. On the journey, you move your party around world maps, level up, equip weapons and armor, learn bits and pieces about your heroes' backstories, and, of course, fight.

Star Renegades' RPG trappings allow its pixel art aesthetic to shine. In moving back and forth from world map to combat screen, you get to see the vibrant, colorful sci-fi world from both a bird's-eye and ground-level view. With little room for actual narrative, so much of Star Renegades' world and characters is conveyed through its look and feel.

Though it looks like an RPG, Star Renegades is a strategy game at heart. Every move is a tactical consideration. In combat, it's often a matter of timing. Every turn translates to a 30-second window of time; each character has a range of attacks that take different amounts of time to complete. You can see how everyone's moves--yours and your enemies'--will play out on a large bar at the top of the screen.

There's a huge incentive to make sure all of your fighters attack first--enough that you'll change your plans to be the quicker on the draw. Most attacks will also stagger their target, pushing them back on their timeline. If you push them back far enough, they won't attack at all. Landing an attack on an enemy before they attack also causes it to "crit," doing extra damage, staggering more, and often adding other effects. For example: One character, Senya, has a light attack that bypasses enemies' armor and shields when it lands first. There's a limit to how many times you can push a turn back before an enemy performs their attack, but a full turn of breathing room gives you plenty of time to do a lot of damage, so it's worth planning around.

Keeping enemies from fighting back is also important for your long-term prospects. Every character has two life bars: health and shields. Shields regenerate after every battle, but you can only restore health on special occasions every few fights. So, more than a traditional RPG, there's a strong push and pull between inflicting as much damage as possible and preventing any attack that might make a lasting impact.

Each of the nine characters has a unique moveset and naturally falls into a class. Their skillsets offer enough variety that you'll find they take on specific roles depending on what combination of fighters you amass in your party. The roster isn't as malleable as I wanted it to be, though. I found some groups to be much more viable than others, and some specific characters, like Maryadi, the "Aegis" tank, to be more or less irreplaceable. Still, there is room for experimentation and improvisation in how you combine your team's skills, which gives you the tools you need to strategize.

It's a lot to consider, especially when you start adding in additional considerations like elemental damage bonuses, buffs and debuffs, and other modifiers. The game diagrams how things will play out in the planning phase: The timeline shifts to reflect when an enemy will attack once you lock in a plan to stagger them. You can see arrows indicating which character or characters each fighter will hit, and highlighting someone will show how much health and shields they stand to lose. These visualizations, while helpful, can get distracting when you have a full party, though. Where many roguelites create a learning curve around muscle memory and reaction time, you build up your skill in Star Renegades by learning its many systems and how to take advantage of them.

That understanding applies just as much outside of combat. Between fights, you navigate your party around a series of board-game-like maps, not unlike the world map in an RPG. You have a limited number of moves on each map: Three sets of three moves, which are broken up by opportunities to "camp" where your party can heal and/or apply buffs for the next set of fights, and punctuated by challenging boss fights. The map clearly shows what enemies you'll have to fight on each square and what your rewards will be for success, giving you the ability to pick a path based on what you stand to lose and gain. As with combat, there are short- and long-term considerations. You can avoid tough challenges and cruise to the boss with full health; if you do that, though, you won't level up or get the best possible gear. If you manage to beat the boss, which is never a given, you probably won't be able to keep up with the enemies on the next map. The only real choice, once you're comfortable with the systems, is to take the hardest path and play well.

The biggest oversight in Star Renegades, as with most games that rely heavily on procedural generation, is that playing perfectly may not be enough. The maps, enemy placements, and rewards are randomized on every run, so you may not always get all the tools you need to succeed on any given attempt. Sometimes it'll be obvious, like when you show up to a new world underleveled despite fighting the hardest enemies possible the round before. Other times, it'll be more subtle, like when you reach a boss and find that certain members of your squad aren't as capable of handling the specific challenges it imposes. It never feels great to end a run thinking you were doomed from the start.

Getting saddled with a bad run stings more in Star Renegades than other roguelites because the runs are quite long, so you invest a lot of time and energy into each playthrough. My full playthroughs up through the final boss lasted between five and seven hours apiece. That's a lot of time to sink down the drain because of a bad roll of the dice. You steadily earn the two persistent currencies, which you use to unlock new characters and equipment, so there are incentives for playing out each run. But with only a handful of characters to buy, and only a chance of finding your new gear on subsequent runs, they are small comfort when you come off a tough beat.

And yet, I never felt apprehensive about starting over. Even with seemingly forced failures, every run I took in Star Renegades felt like a step in the right direction. Every day, on every run, I learned more about how the systems worked. I got better at picking the right gear so my characters would grow the skills that best suited my needs. Even without progress, I felt like I was getting more out of the experience.

No matter how many hours I spent in Star Renegades, every run, every battle, every turn felt like a new captivating puzzle to solve. In my experience, roguelites lose their luster when the runs start to feel the same no matter how you change things up. Even after playing for dozens of hours and having seen the vast majority of what there is to see, I never lost interest in picking apart each battle to dismantle an opponent for a turn, then another one, and another until the battle is finished. The satisfying feeling of living in the moment and conquering it never gets old. 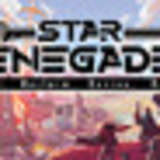 Mike Epstein scoured the multiverse for 46 hours to assemble a ragtag group of Renegades, but only Lucky, his cat, stood by him at the end of every world. His review code for the game was provided by the publisher.