An addictive, strategic combat system makes Star Ocean: The Last Hope worth playing despite its cliche storyline and annoying characters.

Since its advent nearly 13 years ago, the Star Ocean series has challenged the role-playing game norm with its real-time battles and sci-fi trappings. Despite what appeared to be the series' conclusion with the unconventional revelations seen in Star Ocean: Till the End of Time, it has returned in prequel form on the Xbox 360 with a newly overhauled and better-than-ever combat system. Though it features a weak, cliche story and characters you may want to launch out of the airlock, its fantastic and engaging battles, simple yet fun crafting system, and bevy of bonuses make Star Ocean: The Last Hope worth your time.

In the latter half of the 21st century, humankind all but nukes itself into nonexistence, forcing the survivers on Earth to look to the stars for a new home. As Edge Maverick, a first-generation member of the Space Reconnaissance Force, you start off on your mission to explore the galaxy for a suitable new home and are drawn into a battle for the fate of the galaxy when you encounter a mysterious and destructive force that threatens all life. Of course, that's nothing that a can-do attitude, the support of your friends, hidden inner powers, and the occasional all-too-convenient plot twist can't handle as you race off to save the day. Sound familiar? Star Ocean: The Last Hope doesn't have a very original story, and its frequently ridiculous plot points and consistently dreadful dialogue don't help to make it any more memorable, especially when it forces half-hour-plus cutscenes on you with alarming frequency. Luckily, you can skip these epic events at any time (though oddly enough, they can't be paused) and read through condensed text synopses to make sure that you didn't miss anything too terribly important.

The formulaic nature of the story is further compounded by the cast of characters, themselves an off-the-shelf mixture of walking, talking space opera and anime cliches. You've got the hopelessly idealistic leading man, who is full of an infinite (and often misplaced) trust in others; the self-deprecating childhood-friend-slash-possible-love-interest; the emotionally repressed, scientifically minded space elf; the busty, scantily clad staff-wielding sorceress; the overly affectionate underaged cat girl; and more. Though the members of your misfit crew do undergo some fairly heavy changes as the game progresses--both as part of the standard narrative and in optional cutscenes and events--it's always in extremely predictable ways that ultimately fail to break them out of their original molds.

Despite these shortcomings, The Last Hope is a fun and engaging game thanks in great part to its deeply engrossing and highly addictive combat system; if the story is the heart of a Japanese RPG, then the battles are its soul, and Star Ocean's shines brightly. Monsters appear on the field, and once engaged, they're fought completely in real time with a party of up to four characters. You actively control one of your crew members and navigate him or her around a wide-open battlefield, dishing out damage at your own pace, while the others act according to basic AI routines that you've given them. At any time, you can switch over to manually control anyone who you have deployed, and you can even swap out active characters with reserve ones at your discretion. Every single character plays vastly differently, and it's fun and engaging to experiment with each character in order to find the play style and party combination that works best for you.

Though the battles can get frantic, they don’t all come down to button mashing, especially when you're taking on bosses. These major battles in The Last Hope often play out like simplified versions of encounters in an massively multiplayer game such as World of Warcraft. Each boss has a specific strategy that can be followed to take it out--though it's not necessary to follow these tactics if your party is powerful enough--and figuring them out during the fight will make your life a whole lot easier and dramatically reduce battle times. Another concept taken from online games is monster aggro, or aggression. Though enemies will wander around the battlefield, you can draw aggro from them with attacks or by using specialized skills for doing so, which is useful for pulling a monster off of your physically weaker magic-slingers to give them a chance to cast their powerful spells. Once you have aggro and the monster gears up for an attack, if you dodge out of the way with the right timing, you can break its line of sight on you, leaving it temporarily confused and open to special counterattacks called blindsides. Another powerful tool at your disposal is Rush mode, which can be activated once you've taken or dealt enough damage to grant you an array of bonuses and the ability to chain attacks together with other party members.

Perhaps the most interesting part of battle is the bonus board. By performing specific tasks in combat, such as defeating enemies using only skills or killing two monsters with one blow, you add a tile to this onscreen grid that grants you an extra reward at the end of battle based on your achievement. You can have up to 14 such bonus tiles active at any one time, and these carry over from fight to fight; by carefully manipulating the types of bonus tiles you have, you can customize extra rewards that are given after every single encounter. With this, you have the flexibility to power level your characters, grind for cash or skill points, minimize the number of restorative items that you need to use, or all of the above in any combination. It's possible to lose your bonus tiles, but if you exercise good judgment in combat, they shouldn't be too difficult to keep for as long as you like.

When not in battle, you're exploring a series of open, outdoor locations that range from beaches to deserts to snow-capped mountains and beyond, as well as the occasional puzzle-filled dungeon. These beautiful-but-dangerous environments often contain resource nodes that provide valuable plant life or raw materials if you've got a crew member who can harvest them. These supplies and others earned through battle (or bought from stores) are then used to fuel your research in the simple-but-powerful item creation system. By finding item formulas in your journey or forming research teams and thinking long and hard enough, you can invent recipes for new weapons, armor, items, and even decorations for your ship. Once you gain the right ally, you can further customize your equipment by synthesizing the properties of other items in your inventory to generate some truly powerful gear.

The Last Hope features some top-notch visuals in its huge, open, and highly detailed environments, its abundant cutscenes, and its anime-inspired character models, but it also has a few notable issues. Sadly, the game has only a handful of unique monster designs, and it palette-swaps and reuses them ad infinitum. It's also exceedingly difficult to play on an SDTV thanks to incredibly hard-to-read text and muddied graphics. Sometimes just looking around you is an exercise in frustration thanks to the awful camera system; it zooms in ridiculously close at times and doesn't seem to know what to do whenever you're in a narrow hallway or traveling down stairs or a steep decline. Perhaps the most disturbing thing about The Last Hope is that all of the game's characters have a doll-like, glossy-eyed dead look to them, further accentuated by their complete lack of human emotion or expression. Besides being creepy, this makes supposedly emotional scenes unintentionally hilarious or just plain awkward to watch.

The game’s frequently awful voice acting makes it even harder to connect with the characters. At its very best, The Last Hope's cast will make you groan. At its worse, they're absolutely unbearable. Anyone hoping to escape the lackluster dub will be disappointed to hear that the original Japanese audio is not preserved here, though you do have the option to turn off battle quips from individual characters. Celebrated composer Motoi Sakuraba returns to lend his talents to the Star Ocean series once again, and though the voice acting doesn't work, his soundtrack is perfectly suited to the various locales visited, situations faced, and battles fought.

When it's all said and done and you've finished the game, there's still plenty more to do. Besides offering two unlockable difficulty settings, there are tons of side quests to complete, items to create, recipes to discover, bonus dungeons to explore, and bunnies to race. The Last Hope also has Star Ocean: Till the End of Time’s coliseum system, which lets you sign up for solo or group fights to battle your way up the ladders for prizes. You can collect dozens of battle trophies for each character by performing specific tasks with them in combat. And if you actually are interested in the story, there are multiple endings to see based on the relationships that you form as Edge Maverick throughout the game.

If all you're looking for is a strong, narrative-driven role-playing adventure, Star Ocean: The Last Hope isn't going to do much to satisfy you. But despite its deficiencies in this area, its huge number of extras and its addictive, deeply strategic and tactical combat system make it a lot of fun. 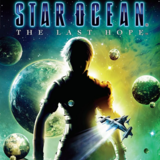 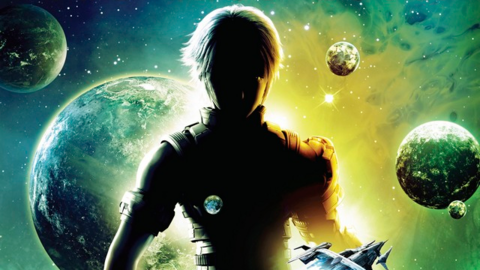 The latest entry in the futuristic space opera RPG series is scheduled for a global release in 2009 exclusively on the Xbox 360.

8.2
Sign In to rate Star Ocean: The Last Hope