Fighting fans have been waiting a very long time for Capcom to make a 3-D fighter. Unfortunately, Street Fighter 3 is still crawling through the thicker recesses of the Capcom development swamp. Fortunately, a brief but important interlude has arrived, in the form of Star Gladiator. By virtue of its visuals alone, this slick 3-D, weapons-based combat title immediately places itself in the hallowed company of Tekken and Toshinden. Is it better than its peers graphically? Perhaps. Is it better than Street Fighter in terms of game concept? Let's just say that graphically it's a step up the ladder.

At first glance the game looks a little like Namco's Soul Edge. However, Star Gladiator has a lot more in common with Street Fighter than you might expect, especially in terms of the many circular, Street Fighter-style moves. In fact, a couple of gameplay tweaks help to make this a lot more enjoyable than most 3-D fighters. Good examples include the easy and intuitive grappling and the (overly?) complex way in which blocking has been implemented. Speaking of blocking, it has clearly become a trend to add weird block-button-based special moves to fighting games, and Star Gladiator is no exception. Pressing "block" in conjunction with a strike button causes your Star Gladiator fighter to enact a "super-block." If this block is timed correctly, your character will pull off a spectacular, Fonz-cool, fatality-style super-move.

Away from the gameplay itself, the charismatic alien characters do their part to add to the atmosphere, and there's little doubt that Star Gladiator's animated 3-D backgrounds are the best going. All in all, the surreal alien characters, weapon-based fighting, and overall quality make Star Gladiator yet another peal of the thunder in the resounding Capcom storm. 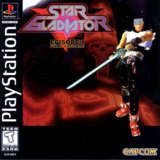 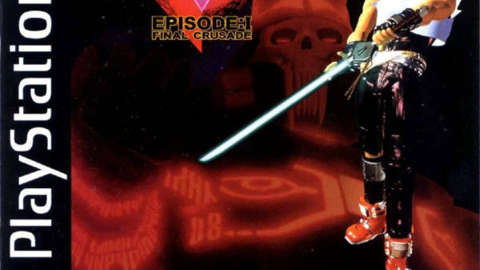 7.6
Sign In to rate Star Gladiator Episode I - Final Crusade