SSX is one of the PlayStation 2 launch titles that truly excels in every single category a game can be rated on, to the point that even video game fans who aren't into snowboarding games have to sit up and take notice.

SSX is one of the PlayStation 2 launch titles that truly excels in every single category a game can be rated on, to the point that even video game fans who aren't into snowboarding games have to sit up and take notice. For those of you who are fans of games like Cool Boarders 2 and X-Games Pro Boarder, SSX is reason enough on its own to pick up a PlayStation 2 this October.

SSX is a snowboard racing game in which you compete against other boarders from around the world. One of the major differences between SSX and previous snowboarding games is how well SSX balances racing for position and performing tricks. The game awards points and an adrenaline boost for the tricks you do. The adrenaline boost is used as a turbo of sorts, which helps you race down the courses faster then you could on your own. This allows the game to be heavy on tricks while still keeping a fast-paced racing game edge. From the game's outset, you can select from four different characters, each of which has a different persona and boarding style. Progressing through the game by finishing in the top three of every course in the preliminary, semifinal, and final events unlocks more tracks, boarders, special boards, and character outfits. In all, the game features eight courses and eight characters. Each boarder has multiple boards and outfits to unlock, and those boards and outfits enhance your boarder's attributes and drastically change the way he or she performs on the snow throughout the game.

One of the best things about SSX is how unbelievably large and diverse the eight courses are. The first two tracks are fairly standard, which gives you a chance to get a feel for the game in a familiar setting. After those two tracks, though, the designers let their imaginations run wild, creating tracks that range from a run though a snow-covered city at night, to a desert, to an indoor course styled after a giant pinball machine, to a course that runs down an iceberg sitting in a Hawaiian harbor. While some of these tracks may sound completely absurd, they are in fact some of the most exciting, innovative, and unbelievably fun courses ever created for a snowboarding game. Plus they are incredibly expansive - on some tracks you can literally spend close to ten minutes boarding down one run at top speed. What's even more impressive is the freedom the game gives you to explore the vast levels, which is impressive since the rule of thumb is anywhere there's snow, you can go. Even if it's past the course boundaries, or even behind the grandstands, if you can see a way to get there, you usually can. You may occasionally run into an invisible boundary or two, but it happens so rarely that you forget they're even there. This freedom to explore is much more than just an impressive technological feature, as exploring the levels is how you find the hidden shortcuts that are almost necessary in order to finish in first place.

The responsiveness of the controls in SSX is the single most enjoyable aspect of the game. You never feel as though you're just watching an animation complete or that something is happening too slowly or incorrectly. You might complain when your character doesn't land a jump, but you'll definitely know that it was all your fault, because the game's controller responsiveness is dead on. The one complaint some may have about the controls is that once you've started to charge for a jump, it's not possible to change the direction of your boarder as he or she approaches the jump. This, however, is only true for the basic control scheme, where the left analog stick controls the direction of your boarder and the direction of your spin once you've depressed the jump button. The advanced control setting separates these functions by letting you stay in control of your boarder's direction at all times with the left analog stick while giving you control of your boarder's rotation for his or her aerial stunt using the D-pad. The rest of the controls remain the same in both control schemes. The shoulder buttons allow you to perform various grabs and tricks, which can be linked together for combos and big points. The more points you score, the more boost you earn, which in turn allows you to go faster, which makes landing big tricks actually important. The X button is your jump button, and you hold it when approaching a jump and then release it at the top of the jump. The right analog stick allows you to shove your competitors, which is an effective means of knocking opponents down for some of the larger boarders. On the whole, turning and cutting across the snow in SSX is the closest any game has come to representing what it's actually like in real life. Even though SSX is more of an arcade-style game that allows you to get crazy amounts of air and pull off crazy aerial stunts, you always feel like you're going to catch an edge and take a nosedive into the powder.

Graphically, SSX is by far the most visually stunning snowboarding game we've ever seen, and it's also one of the most visually dynamic PlayStation 2 titles we've seen so far. The characters in the game look like anime characters. Their mouths move, they blink, and it's really quite remarkable just how lifelike they are. The polygonal models used for the characters are so smooth that you really have to look to see any hard angles. Even more impressive is that the animation of the boarders never pops or looks awkward in any way when in transition from one trick to another. If you start to execute a front grab then change your mind in mid-animation and go for a heal grab, the animations smoothly flow from one into the other with no delay. The textures used for the character's clothes and some portions of the environments are incredibly rich and detailed. All of this graphical polish - including effects like the snow spray that comes off the board when you make a hard turn and the depression carved into the snow by the boards - really helps make the game look convincing, as do the impressive lighting effects, which are really shown off when fireworks shoot into the sky and cast appropriately colored reflections of light on the snow. The sense of speed that the game delivers is amazing - when you're not playing the game it's actually hard to watch since it zooms by so amazingly fast. As a whole the game is visually stunning, thanks in great part to its almost constant 60fps frame rate, which only dips every once in a great while - usually when nearly every boarder is on the screen at once and the fireworks go off.

In the audio department, no one does it like the Beastie Boys' DJ MixMaster Mike and the incredible team at Electronic Arts, who've really pushed the envelope of video game music with SSX by actually making it a game element that ties into your performance. When you're in first place and landing big jumps and pulling off great tricks, you'll hear the full range of the particular track - vocals, bass line, guitar, scratching, and so on. But when you crash or fall behind a couple of positions, the music mixes on the fly and discretely loses its intensity by dropping out elements of the song. The effect is amazing - you hardly ever hear any abrupt changes that disrupt the song, and even when you're in last place you still get to hear the bass line and a few other key elements, so you can still enjoy the music. However, the lack of elements really pushes you to catch up to the pack and get the full version of the song back on. It's really quite an extraordinary effect, not to mention that the music in the game is really good hard-hitting hip-hop. In all, the game has over 15 tracks performed by various artists including MixMaster Mike, Rahzel, Rasmus, Politika, Aphrodite, and Mickey Finn. To go along with the top-notch soundtrack, the game has fantastic character voices and supercrisp sound effects. The game has different announcers for every track, and each character has various little phrases that he or she says at the beginning of and during the races.

In the end, SSX is a terrific snowboarding game that has all the right stuff. Every element comes together and makes for a game that is extremely fun and rewarding to play. The graphics will make you shake your head in disbelief even after a month of playing it, the sound effects can actually convey a sense of texture, and the music will have you figuring out the best way to hook your PS2 up to your computer to record the soundtrack. It's also a very challenging game that at times crosses the line of frustration, a line that you're sure to be more than happy to cross time and time again since the game is extremely rewarding when you do well. You'll want to complete every trick and course with every single character just because the game is so fun to play. So to make a long story even longer, SSX is a must-have PlayStation 2 game that certainly sets a new standard for snowboarding video games. 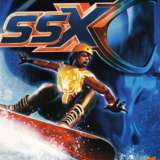 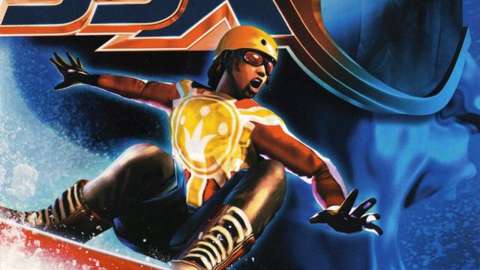 SSX is one of the PlayStation 2 launch titles that truly excels in every single category a game can be rated on, to the point that even video game fans who aren't into snowboarding games have to sit up and take notice.