Spyro: Year of the Dragon Review

The third game in the Spyro series is an obvious rehash, but when a game is as well produced as Year of the Dragon is, such a thing is easy to forgive.

Everyone says there are no new ideas anymore, and in video games this adage holds especially true. Aside from the genre-defining likes of PaRappa the Rapper or Seaman, standard video game fare consists of concepts we've seen over and over through the years. New games are almost always a simple derivative of an established theme; how many different ways can anyone really remake Super Mario Brothers? Moreover, financially proven games regularly become serialized the following year. Spyro the Dragon is an excellent example of this game-industry norm, having now spawned two annual sequels. The third game in the Spyro series is an obvious rehash, but when a game is as well produced as Year of the Dragon is, such a thing is easy to forgive.

As in Spyro the Dragon and Spyro 2: Ripto's Rage!, Spyro: Year of the Dragon casts you as the lovable purple title character. It seems that dragons can never rest, as the nefarious plans of some evildoer or other are always in need of thwarting. This time around, the namelessly wicked Sorceress and her henchgirl Bianca have eggnapped all the unborn dragons in the land, and retrieval duty has fallen to Spyro. The eggs have been hidden throughout all kinds of environments, so Spyro has a lot of diverse ground to cover in his search for the missing youths.

Playing Year of the Dragon is just like playing either of its forebears. No significant changes were made in the transition from the first game to the second; rather, additions were simply layered onto the established Spyro formula, and such is the case with the third game in the series. Spyro is once again joined by his dragonfly familiar Sparx, collector of gems and indicator of Spyro's health. The same basic moves are also available - jumping, gliding, and hovering get Spyro where he needs to go, and the running charge and flame breath take out his enemies. Finally, Spyro's abilities can be enhanced via occasional power-up options.

Like the previous games, Year of the Dragon is based on a sort of hub system. Each "hub" level contains portals to more levels, and Spyro needs a preset number of eggs to enter them. These offshoot levels contain still more eggs, and as Spyro collects them, he gains access to new areas of the game. Eggs can be obtained in a wide variety of ways. Most are given as reward for completing tasks given to Spyro by the residents of each level. Some are available as prizes for finishing minigame bonus levels, like a Tony Hawk-inspired skateboard challenge or a race against butterflies. A few are merely tucked away in inconspicuous hiding places. After Spyro completes the requisite tasks in each world's levels, he'll be allowed to fight that world's boss and then proceed on.

Part of Spyro's continuing appeal is the inclusion of alternate playable characters, as seen previously in Ripto's Rage!. Year of the Dragon lets you take control of four characters besides Spyro, each of whom has entirely unique characteristics and gameplay properties. Sheila the Kangaroo, for instance, can perform a double jump and a high jump, as well as kick enemies with her oversized feet. Similarly, Sergeant Bird is equipped with shoulder-mounted rocket launchers (which can be fired from a first-person aiming mode) and can fly indefinitely. The alternate characters are only available for play in levels specifically tailored to their abilities, but they're still a nice diversion from the core game.

Spyro games have always been among the best looking on the PlayStation, and Year of the Dragon continues this tradition. The game's outstanding visuals are hindered only by the jittery polygons and unfiltered textures inherent in all PlayStation games, and even these flaws are glossed over cleanly. Spyro himself seems a bit more detailed than his previous incarnations, and the other characters are also well built and nicely animated. The game's sounds are solid, and the characters' voice acting is generally quite acceptable. From a sensory standpoint, there's really nothing offensive about Year of the Dragon.

You've certainly played Year of the Dragon before, but you've rarely played it better. It's Spyro's best outing to date, and probably his last one on the waning PlayStation. Platformer fans who pass this game over are doing themselves a disservice - if Spyro is formulaic, he pulls off the formula well, and we can't fault him for that. 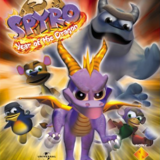 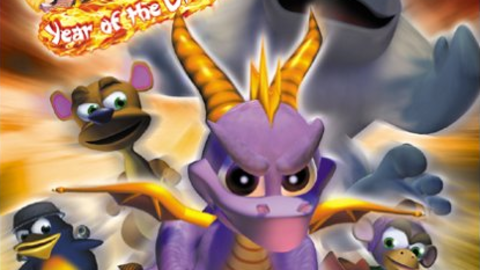 Spyro: Year of the Dragon

The third game in the Spyro series is an obvious rehash, but when a game is as well produced as Year of the Dragon is, such a thing is easy to forgive.

8.8
Sign In to rate Spyro: Year of the Dragon