Spyro Orange: The Cortex Conspiracy is better suited for novice players who mainly want to see how the Crash-Spyro crossover turns out.

Crash Bandicoot and Spyro the Dragon have been popular ever since games featuring the two mascots first appeared on the original PlayStation console. Vivendi Universal has had the rights to both characters for a while, so it was only a matter of time before someone at the company came up with the idea to pair them together in a crossover of some sort. That crossover has finally achieved fruition as two separate games--Crash Bandicoot Purple: Ripto's Rampage and Spyro Orange: The Cortex Conspiracy. They're both side-scrolling action games, and the story is basically the same in each (Ripto and Cortex have joined forces to try to get rid of Spyro and Crash once and for all). Besides the abilities that the characters in each game possess, the biggest difference between the two is that one (Spyro) is geared toward novice players while the other (Crash) is geared toward seasoned players. On its own, there really isn't enough to Spyro Orange to keep players interested for very long.

Spyro Orange: The Cortex Conspiracy is very different from the previous Spyro games that have been published on the GBA. There are five worlds. Each world consists of two main levels, which are set up like a typical side-scroller, so Spyro can jump, double-jump, float for a short period, and perform a fire-breath attack that burns enemies to a crisp. Within each world, there are five minigames situated behind locked portals. These portals open up once you collect the indicated number of gems, and then you need to finish all five minigames to make it to the boss at the end of the world. There isn't much more to it than that, which is why this game is best suited for novice or younger players. The three previous Spyro games were set up so that Spyro acquired new attacks as the game went on. They also used the isometric viewpoint, which, besides giving the games a vivid 3D look, allowed players to cut loose with Spyro's flying ability. Spyro Orange isn't as involved, so it probably won't appeal to seasoned players.

The minigames in Spyro Orange are OK, but they're nowhere near as interesting or as intricate as the minigames in Crash Purple. There also aren't as many of them (six as opposed to more than a dozen). The best of the bunch is a side-scrolling shooter that puts Spyro into the cockpit of a giant walking robot. The robot can fire rockets and switch from walking on the floor to walking upside-down on the ceiling--similar to the old NES game Metal Storm. Other minigames include a Breakout-style pinball game (that's also in Crash Purple), various games where you have to mash the A button to yank an obstacle out of the way, and a pair of scrolling spaceship shoot-'em ups (one horizontal and one vertical) where you need to shoot stationary enemies and dodge obstacles until you reach the gateway at the end.

Both games (Crash Purple and Spyro Orange) have a similar look, similar music, and generally tell the same story. If you play Spyro Orange, the dialogue scenes shown at the end of each world will be shown from Spyro's viewpoint. If you play Crash Purple, the dialogue scenes will take place from Crash's vantage point. The supporting cast has been shuffled so that Spyro's friends appear in Crash's game and Crash's friends appear in Spyro's game, but their comments are limited to hints about the current level and don't really have any bearing on the overall story. In both games, the rendered character sprites are smoothly animated, and the backgrounds display a great deal of cleverness. You'll even find bonus trading cards hidden behind shrubs, bouncy crates that lead to hidden treasures in Crash's game, and secret ledges in Spyro's game that can only be reached by taking a leap of faith and using Spyro's flying ability. The backgrounds in Spyro Orange don't have as much going on in them as the environments in Crash Purple do--probably because the developers wanted to limit how busy the backdrops were so that novice players wouldn't get confused. Whatever the reason, there are fewer enemies, fewer obstacles, and fewer creatures (like mice and butterflies) puttering around in Spyro's game, which makes Spyro Orange seem like it was hastily thrown together in comparison to Crash Purple--even though both games share the same graphical look.

The only incentive for playing through both games, as opposed to just picking one of them, is to acquire the 167 different trading cards that the two games offer. The cards depict the characters, objects, and worlds that are present in both games, but their practical purpose is to unlock bonus minigames when you fill up the necessary pages in the card album. Cards are pretty easy to get because they're hidden throughout each level, sold in shops, and given as prizes for completing minigames. However, there are certain cards that are exclusive to each game. To "catch 'em all," you need to use a link cable to trade cards from one game to the other. Ultimately, the trading card gimmick isn't a good enough incentive to justify picking up both games.

While the character crossover used here is an interesting idea, the games are pretty uneven. Part of that is due to Spyro being easier for novices and Crash being better for experienced players, but the end result is that Crash is simply a more worthwhile game. If you're interested in seeing how the crossover turned out, both games are worth a look, but on its own, Spyro can only be recommended to beginning players. 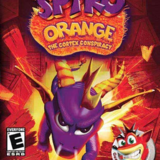 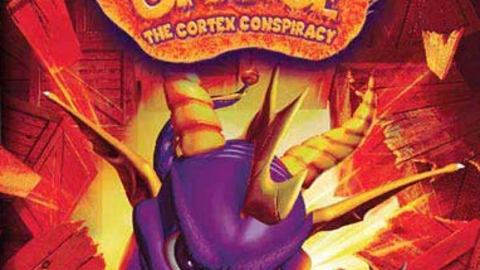 Spyro Orange: The Cortex Conspiracy is better suited for novice players who mainly want to see how the Crash-Spyro crossover turns out.

6.9
Sign In to rate Spyro Orange: The Cortex Conspiracy