Spy Games' abysmal gameplay is matched only by its flair for the generic.

By any standard, Spy Games: Elevator Mission is a remarkably awful title. Its shallow gameplay feels better suited as a free online flash game, as opposed to a budget priced retail product. For a Wii first-person shooter, the precision aiming gained from the remote is squandered by an otherwise clunky control scheme. And worst of all, it's just plain boring. A game this bad should offer at least some unintentional entertainment, but there's not a drop to be found here.

Spy Games' plot falls somewhere between sparse and nonexistent. According to the brief description on the back of the box, you're playing the role of a secret agent sent to rescue vital documents from a terrorist network. The game simply drops you onto a 50-story building and tells you to make your way to ground level, shooting people and securing top-secret disks along the way. But in a game this clumsy and haphazard, maybe expecting a bit of plot exposition was hoping for too much.

The game is, in essence, a rail shooter masquerading as something in the more free-roaming first-person mold. You're given the ability to jump, crouch, and strafe, but the way these commands are mapped to the Nunchuk (having to hold a particular button while simultaneously moving the joystick in a specific direction) makes them far too clumsy to use in the heat of combat when most of your attention is dedicated to pinpointing the onscreen enemies. What that leaves you with is the ability to aim/shoot and move back and forth. With the entirety of the gameplay divided between these two commands, the action gets incredibly stale after just a short while. Having only a few guns to choose from certainly doesn't help, either.

There's little variety to be found in the visuals, as well. There are only a handful of enemies in the game, and you'll often go several levels at a time while seeing only one type. Even when new enemies show up, they share the exact same animation as the others--which is to say, frequently running into walls and not realizing you're there. The level design is just as uninspired: Each floor blends into the next, with bland wall patterns repeated so often you'll feel like you're in a rat maze. For example, eight floors in a row might look like a tacky Las Vegas hotel, or another 10 might look like an office complex, but there's absolutely no variety within those segments, which makes for a very confusing navigation experience. Worse yet, the graphics could be mistaken for an early-generation Dreamcast title, while the music and sound effects could easily have been lifted from a system several generations prior to that.

All told, calling Spy Games a budget title would be an insult to other games that might actually hold some value for their 20-or-so-dollar price tags. Spy Games' total avoidance of anything resembling a creative risk, combined with its clunky controls and repetitive presentation, make it a game that should never be considered at any price. 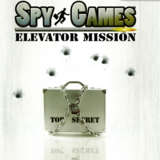 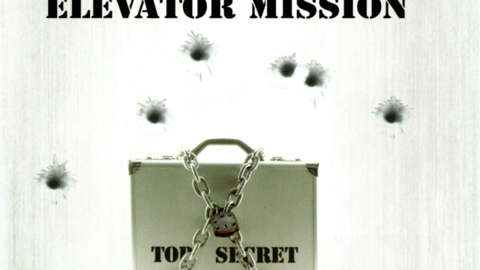 Play as a secret agent tasked with recovering vital documents from an enemy syndicate.