As far as platform games go, Spider is super fun.

Spider is the newest platform game from Boss Studios, and it brings arachnophobia up to 32-bit. Well, not arachnophobia exactly - more like arachnomania. And if you have ever indulged in Spider-Man fantasies, if you've ever wanted to swing yourself to safety while upside down on a thread of webbing, get ready.

The story: A scientist has developed a cybernetic spider he can control with his mind. Of course such technology doesn't go unnoticed by the underworld (all the big crime bosses are sporting cyberspiders, you know), so some bad guys break in, shoot the scientist, and steal the mind control gear. But the scientist's conscience is in the little spider, so he crawls after the bad guys, hoping to get the gear (and his life) back.

You take on the role of the spider and have to find your way through 32 danger-filled levels - and when you're only an inch tall everything from falling beakers and cybernetic hornets to mechanical arms and bomb-dropping bats fills your life with danger. The levels have six main areas, each with unique environmental hazards, like water and fire traps, and, as in all platform games, the deadly abyss you fall into when you don't quite make that last jump.

Surprisingly, there are only three bosses: a giant mechanical arm, a crazed undead fetal pig, and a giant brain (which tries to impale you with its tail and shoots you with lasers from its creepy eyes). Although there are only three bosses, they are incredibly cool and hard to beat. Hard, but not impossible. The default weapon is a punch - well, as much of a punch as a spider can manage. Throughout the levels you will find offensive and defensive spider arms that attach to your body. Offensive arms such as the flame thrower, poisoner, and (my favorite) the homing missile help you destroy enemies. Defensive arms like the smart bomb, mine, and mech mine help keep enemies off your back.

As far as platform games go, Spider is super fun. It plays similarly to Pandemonium, with 3-D graphics, but 2-D gameplay. Spider, however, expands on the Pandemonium style by granting the ability to walk on walls and ceilings. The graphics are awesome and the sound is good. It is easily one of the best 3-D platform games, and is sure to satisfy the Peter Parker in all of us. 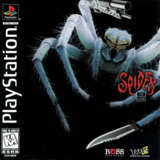 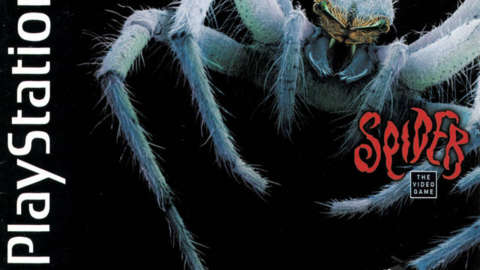 As far as platform games go, Spider is super fun.