Web of Shadows is a fast-paced, soaring superhero adventure that delivers just about everything a Spider-Man game should.

There have been a number of Spider-Man games in recent years, and they have often been as frustrating as they have been fun. In this latest outing, however, developers Treyarch and Shaba Games have gotten it right. Freed from the confines of a movie license, Web of Shadows is a game that, while not free of blemishes, is a superpowered blast from start to finish.

The terrific introduction throws you right into the midst of a crisis. The forces of SHIELD have occupied New York and are fighting a losing battle against a massive symbiote invasion. Amid the chaos, Spider-Man is desperate to find Mary Jane. After a quick tutorial that has you swinging across the city pummeling symbiotes, you encounter MJ, and it's clear that all is not well between Peter and her. As she chastises him for using his black symbiote suit, a mysterious figure emerges from a nearby explosion, extends its symbiotic tendrils to envelop Spider-Man, and everything goes dark. Then the game flashes back to four days prior, when Venom assaulted Spider-Man and part of the symbiote that gives Venom his power attached itself to our hero, giving him greater, more destructive strength. This lets you pick up cars and hurl them at Venom, which is as spectacular and satisfying as it sounds. With Venom defeated, everything seems normal again in New York, and Spidey has more run-of-the-mill problems to deal with, like full-scale gang wars. But we know the crisis that looms on the horizon. It's a great setup that pulls you in and makes you eager to keep playing to find out how things get so bad and how it all ends.

The game slows down a bit at this point as Luke Cage takes Spider-Man under his wing to show him some swell moves that will come in handy when dealing with those gangs and everything else Spidey will face. The combat system is simple and accessible enough to let you pull off gorgeous, powerful moves just by button mashing, but it has enough depth that skillful players who familiarize themselves with the countering system and the variety of attacks at Spidey's disposal will get more out of it. Particularly fun is the webstrike, which has you zip up to an opponent and kick off of him into the air, from where you can webstrike the next opponent, chaining together a series of attacks. Some situations make especially good use of this move; at one point, for instance, Spidey must clear a series of snipers on rooftops surrounding a city block in a roof-hopping, webstriking tour de force. As you progress, you earn experience points that you can spend on useful new combos. You can also switch between the red suit and the black suit at any time, but the differences between them, aside from the aforementioned car-throwing ability of the black suit, are relatively minor.

Swinging and zipping your way across Manhattan is easy and tremendously liberating, and Spidey leaps, soars, and dives through the air with a preternatural grace. It's such a joy that you may want to spend some time swinging high above the city enjoying the sense of freedom and ignoring the crimes happening far below, of which there's never any shortage, should you feel like breaking some skulls. A few of the game's more thrilling moments have you putting your webswinging skills to good use as you pursue villains across the city; though the chase sequences aren't especially challenging, the breathless sense of speed (and, in one case, the wake of destruction the villain you're pursuing leaves behind him) makes them a lot of fun.

While Treyarch's movie-based Spider-Man games tried to shoehorn a lot of content into the game using side missions that made much of the action seem peripheral, here, everything ties in to the game's excellent story, resulting in a cohesive, compelling experience from start to finish. As in past games, you'll swing around the city to take on various missions, which are given here by a selection of characters from the Marvel universe. Whether you deal primarily with heroes or with villains depends on some choices you make. From time to time, you'll have to decide whether to do the moral thing or to give in to the temptations of Peter's dark side. These choices don't have much impact, though, because the missions you undertake are largely the same regardless of whom you're undertaking them for, though there are a few different endings to the game that vary based on whether you're more aligned with the red suit or with the black. You can also call on an ally for support at almost any time, and whether you're joined by a hero or a villain will also depend on the decisions you make, but you probably won't feel the need to use this feature much.

There's an excellent variety to the missions and to the enemies you fight that keeps things from growing stale. You'll take on easily dispatched thugs, hulking mechs, and enemies who fly around on Green Goblin-esque gliders. Combat against airborne enemies is especially thrilling, because the camera generally does a terrific job of circling around to stay focused on the action, creating a dizzying sense of altitude as you see the city spinning below. There are also a number of great boss fights, including a fight with Vulture that has you swinging from flying enemy to flying enemy to reach him, and a knock-down, drag-out brawl against Wolverine, who doubts your identity and so will periodically quiz you on obscure bits of Spider-Man lore to determine if you're the real Peter Parker, which is a nice bit of fan service for hardcore Spider-Man fans.

It's in the game's final act, though--when New York is once again the symbiote-infested, SHIELD-occupied city glimpsed in the game's introduction--that the missions become outstanding. Pockets of humans need to be rescued from buildings and rooftops throughout the city, and there's a real sense of desperation as you accompany SHIELD APCs and hovercraft and fight to protect the civilians from oncoming swarms of symbiotes that you can see approaching even through walls, thanks to your handy spider sense. The symbiotes are relentless and a bit creepy, and the feeling of dread is enhanced by the gloomy red sky and the desperate skirmishes taking place all over the city between SHIELD troops and symbiotes.

Red skies or blue, the city looks beautiful, especially when you're swinging high above it. You can see the skyscrapers of Manhattan stretching far off into the distance, with light reflecting convincingly off their surfaces. The city still looks sharp when you're on the ground, though it's not especially detailed and doesn't have the amount of activity you'd expect. You'll occasionally see odd things, like people walking up against walls or vehicles with their front wheels on top of the car in front of them, which can be distracting, but they don't happen often enough to severely impact the experience. The Xbox 360 and PlayStation 3 versions look nearly identical, though we did encounter a few instances of screen tearing on the PS3, which seemed to be absent on the 360.

The sound is generally good, with some strong performances from the voice cast. Spider-Man delivers his so-bad-they're-funny (sometimes) one-liners with great geeky charm, while also giving a sense of the inner conflict he's experiencing in his struggle with the black suit. The music is sweeping and cinematic, but the best accompaniment to Spidey's swinging is the whistling of the wind you hear when there's no music at all. The sound has its technical issues, though; music and dialogue will sometimes cut out for a moment, and dialogue during cutscenes occasionally gets out of sync with the action.

Web of Shadows doesn't break the mold of earlier Spider-Man games, but its cohesive, engaging story, varied missions, and consistently thrilling action sure make it a big improvement for the series. The campaign is a good 12 hours long, and the gameplay is solid enough to hold up to a second play-through if you want to find out how it ends when you choose a different path. There are a number of minor technical issues, but they're far outweighed by the sheer enjoyment of the gameplay. Web of Shadows delivers nearly everything you could want in a Spider-Man game. 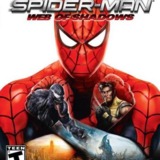 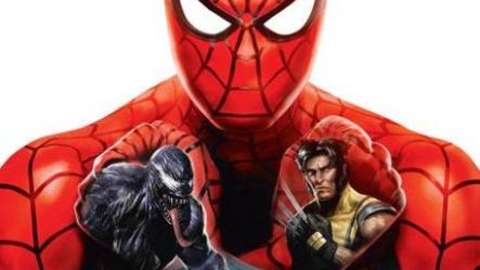 Spider-Man: Web of Shadows is an action adventure game that will have you playing as a hero or a villain in a free-roaming environment.