Spelunky 2 is a successful evolution of what made the original Spelunky work.

In Spelunky 2, the turkey's fate is in your hands.

You could hop on the bird's back, making use of its double jump and Yoshi-like glide to flap your way through your run. For a solid payout, you could return it and the other birds scattered throughout a stage to the turkey farmer who oversees their pen. You could whip it unconscious, throw a bomb next to its body, and eat the resulting Thanksgiving platter for one heart--or you could do that last one in the farmer's line of sight, prompting him to take up arms against you, "you monster."

This is the mode that Spelunky 2 constantly operates in. There are always risk-reward choices to make, and death is nearly instantaneous if you choose poorly. Like its acclaimed predecessor, Spelunky 2 is the rare platformer that demands to be played as much like a tactics game as it does like a Mario game. As you learn (or relearn) how to survive, success requires a willingness to think three moves ahead. Some tiles are booby-trapped to shoot arrows as you leap through their line of sight. Some vases summon a relentless ghost when smashed. Some pottery hides snakes and tarantulas. Some spiders hang from the cavern ceilings, hoping you pass by unaware. You really shouldn't even move from your initial spawn point without pausing for a moment to pore over every treacherous inch of the screen. That is, unless you spawn near a bat, which will swoop down at you--hope you're quick with your whip.

This time around, you are Ana, the daughter of the first game's cave-faring protagonist. You've arrived on the moon in search of your parents, who have disappeared while exploring its very un-moon-like caverns. As you head into the mines, Spelunky 2 resembles the opening level of the first game--at least at first. You have a whip, you have some bombs, and you have a rappelling rope you can toss into the ceiling to climb to otherwise inaccessible heights. And the creatures you encounter, like bats, snakes, and spiders, will be familiar, too. And it's all set against a clay brown backdrop which suggests the interior of a surprisingly well-lit cavern.

But from there, the game quickly bushwacks its way into unfamiliar territory. There are robots that turn into bombs when you stomp a button on their heads; mechanical ladybugs that spray fire from their outstretched wings; relentless cavemen with boomerangs. Each level--which, per Spelunky tradition, is remixed each time you play via procedural generation--houses new enemies and new environmental hazards to learn to navigate. After the first biome, you're presented with a choice--jungle or robot volcano?--and with either comes a whole host of new rules to learn. All of this is rendered in the same expressive cartoon style as its predecessor. It's slightly crisper and clearer this time around, but it's a tribute to the timelessness of Spelunky's art style that Spelunky 2 isn't more of a noticeable step up.

The controls match the art's precision. Developer Mossmouth has added some quality-of-life tweaks--you now run by default and need to hold a button to slow down, instead of the other way around--but mostly, the team didn't mess with a good thing. The highest praise I can heap on Spelunky 2 is that, in a game where you need to land jumps on tiny spits of land, leap above spike pits, and skirt pools of lava, I never felt like my death was the game's fault. Some things take some getting used to, sure. But once you have the hang of things, Spelunky 2 offers near-perfect platforming.

It doesn't feel as buoyant as some of its genre contemporaries. Instead, Spelunky 2 feels grounded. Your jump won't take you very high, and your puny whip necessitates getting close to enemies. The game's many traps, unpredictable procedurally generated world, and punishing fall damage mean that the longer you spend airborne, the less likely you are to make it back to the ground in one piece. Spelunky 2's ever-present sense of danger encourages you to make careful, calculated decisions. But if you take the time to analyze the screen before choosing your next move, getting there is usually easy. I often thought deeply about where to go, but that was the hardest part.

However, that doesn't mean you won't still die a lot. Mastering Spelunky 2 is a little like penning the Great American Novel; you might have the vocabulary, but that doesn't mean you can put the words together well. Spelunky 2 offers a brief tutorial to get you in the swing of jumping, climbing and bomb-throwing. Those rock-solid basics are your sole lifeline as you begin your adventure. Conversely, learning each new enemy and trap is a baptism by fire. It can feel overwhelming at first. Wait, that thing can kill me? Oh, those blocks shoot spikes? Why does the invincible ghost keep showing up a minute into my run? Over time, though, as you gain your bearings, this feeling almost entirely dissipates. For each seemingly arbitrary death the game doles out, there is a lesson about a set-in-stone rule waiting to be learned. There are some exceptions--I was still occasionally frustrated by the Naked Mole Rat, which moves erratically through dirt tiles, and more than once I was insta-killed by a bear trap that was barely visible in some tall grass. But, on the whole, Spelunky 2 does a stellar job of displaying all the information you need to know at all times, once you know how to read it.

Spelunky 2 doesn't mess with the original's formula too much, but the changes it does make keep that formula fresh. New biomes, like the world filled with robots and lava, come with new challenges for experienced adventurers. As each world begins, you will be unsure which tiles you can stand on and how new enemies will behave. It's extremely satisfying to master a space that once killed you instantaneously. You don't unlock new weapons or level up; instead, as the cliche goes, knowledge is power. Thankfully, as you're learning a new world, you can contribute to one helpful NPC's quest to dig shortcut tunnels to the later stages, allowing you to leapfrog over the early game to the spots that are giving you trouble.

Spelunky 2 doesn't mess with the original's formula too much, but the changes it does make keep that formula fresh.

Mechanically, the most significant addition, as attested to by the turkey anecdote above, is the inclusion of mounts. These double-jumping creatures make it significantly easier to breeze through levels. They move quickly, and some can attack from a distance, offering a nice change of pace on the runs when you find one. But they're also easy to accidentally kill (and, in the turkey's case, there is incentive to purposely kill them for health). I was always extremely grateful to find a Rock Dog, a pink fire-breathing goat creature that can be spotted and tamed in the wild or purchased at a store. And I was likewise sad to see them go when hit by an arrow or burned up in lava. A major positive of their addition is that they can tank that damage for you, effectively granting another hit point and, in some cases, a second life.

Spelunky's additional modes have returned. I had a good time messing around against bots in the frantic competitive fun of Arena. But the modes I see myself returning to are Online co-op and the Daily Challenge. At the moment, my Online experience has been consistently hampered by pretty significant lag. It's a shame because rushing through Spelunky 2 with strangers is a terrific, zany time and a great way to experience the later levels before you're skilled enough to reach them on your own. Mossmouth has already pushed out several updates since launch, so hopefully the lag improves over time. Meanwhile, Daily Challenges, which offer you one shot each day to complete a successful run of the game, continue to offer exciting tension. This challenge may entice me to keep returning to this game long after I finally claim victory in Adventure mode.

In fact, the most damning thing I have to say about Spelunky 2 is that it mostly feels like more Spelunky. The new mechanics, like mounts, and the new stage themes feel right at home. To me, Spelunky 2 seems familiar. Obviously, that isn't a bad thing. The first Spelunky is a fantastic game, and Spelunky 2 improves on its formula. Making the best version of Spelunky possible is a worthy goal, but Spelunky 2 suffers a little from the lack of ambition beyond that. Despite the great time I'm having with this game, my excitement is tempered slightly by the nagging feeling that this is mostly just a better take on the original design, rather than an ambitious, entirely new thing.

At least, that seems to be the case right now. The original Spelunky's proc-gen depths hid secrets that took time for its avid community to discover, so it's possible that Spelunky 2 has secrets of its own that I have yet to find, and they could push the game in a different direction from its predecessor. Spelunky 2 is a successful evolution of what made the original Spelunky work; the tight controls, impressive use of procedural generation, expressive art style, and interesting stage themes are better than ever here. But the more notable changes in how we play and talk about this game will likely happen in the coming months as players discover the heart of the game in the deep, dark depths we aren't yet even aware exist.

Spelunky 2 is featured on our list of the best PS4 multiplayer games. 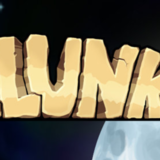 Andrew played 22 hours of Spelunky 2 for this review. The vast majority of that time was spent in Adventure mode, with a few rounds against bots in the multiplayer Arena and two cracks at the Daily Challenge. He left no pug behind and no turkey un-roasted. Code was provided by the publisher.