If you're a fan of Crash Team Racing and have been looking for another fun four-player racer, or if have wondered if any of these kart games are any fun, Speed Punks won't lead you astray.

In the past year the go-kart racing genre on the PlayStation has exploded with titles much in the same way that the skateboarding genre has. With this sudden deployment of numerous titles, all featuring their own cute characters in go-karts, power-ups, and extremely similar gameplay, it's been hard to keep tabs on which one has the most going for it. While Crash Team Racing is certainly one of the best of the genre, Speed Punks, Sony's latest kart racer, easily stacks up with the best.

Actually, Speed Punks was originally released last August in Europe under the name Speed Freaks. The game was surprisingly successful - to the point where a special limited edition of the game was released packed with a multitap, making four-player games possible. Even though the game is almost a year old by technical calculations, it is still quite impressive in many areas.

One area definitely worthy of praise is the game's physics. The vehicles move, bounce, and steer in a very lively way. You really have to pay attention to just how far you push the analog stick because if you get careless you'll end up smashing into a wall and losing precious time. That's not to say the game is hard to play - it's just not as forgiving as some of the other kart racers such as Walt Disney World's Magical Racing Quest. In Speed Punks, you still have to follow the standard formula of racing around tracks, collecting power-ups, and lining up for speed boosters, but at least it's a little more of a challenge since the physics really make it a bit more of an involved controller process to power slide, land a big jump, and line up for items.

Items, tracks, and the other typical kart elements are all packed into Speed Freaks. The game simplifies the whole power-up system by making the items you get more practical and less wacky. There are two types of power-ups you can pick up over the twelve courses - items that make you go faster or items that let you shoot the other racers. The weapons in the game, such as heat-seeking missiles and machine guns, are self-explanatory. While the weapons sound ominous and destructive, the resulting effect is still as harmless as the nonlethal stopping power of one Mario Kart's turtle shells, fitting in with the cartoon nature of the game. Visually, Speed Punks is very nice. The tracks and racers look incredibly sharp even though the racers are composed of very simple, low-poly models. The game features a lot of cool lighting effects that give the game a very polished look and make the heat-seeking-missile explosions look really cool. Most impressive is the game's superfast and consistent frame rate that even holds true when there are four players playing. All that, and the game doesn't even have any pop-up.

In the end, Speed Punks is a quality go-kart racing game that offers more than enough variety to warrant yet another kart-racing game purchase. The game's modes of play (tournament, challenge, time attack, and multiplayer) offer a great deal of options that carry the game a lot further than most of the other games in the genre. If you're a fan of Crash Team Racing and have been looking for another fun four-player racer, or if have wondered if any of these kart games are any fun, Speed Punks won't lead you astray. 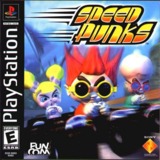 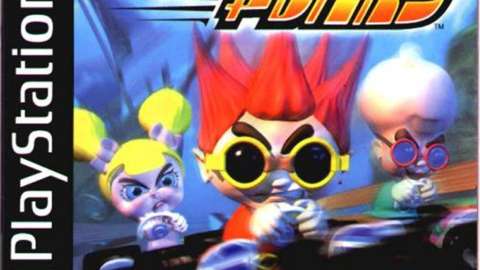 If you're a fan of Crash Team Racing and have been looking for another fun four-player racer, or if have wondered if any of these kart games are any fun, Speed Punks won't lead you astray.