If classic games are what you're after, get a pack of classic games, or better yet, find a big arcade that still cares about the old stuff.

The year was 1978. A simple, black-and-white game came out that would set the standard for shooters for years to come. That game was Space Invaders. Not only did it spawn a few sequels of its own (including a pinball machine), but other game makers quickly cloned it and made improvements to its gameplay. Activision is continuing its big retro kick with an updated version of Taito's classic. But can a game as simple as this succeed in today's market? (Hint: The answer isn't yes.)

This new version of Space Invaders follows the basic concept of the old versions: Rows of small alien ships move from side to side across the screen. The ships drop down a row every time they reach either edge of the screen. If they land, you die. If they shoot you, you die. While the original Space Invaders stuck to this one type of level, later games - like the arcade game Super Space Invaders '91 - added weapon power-ups, shields, different types of alien ships, bonus stages, and bosses into the mix. Activision's game follows SSI '91's lead very closely. It also tries to inject a bit more plot into the game via opening and closing cutscenes. Also, the game takes you from the outer outposts of Pluto all the way back to Earth. Each planet has ten levels, the last of which is a boss level. A new alien ship is introduced in each world. Some of them shoot diagonally, some of them you must hit twice to kill, and some dive at you after they've been hit. The power-up system works off these different aliens. To earn a special shot, you must hit four of the same aliens in a row. Each alien type delivers a different special shot. This gives the game an almost puzzle-game-type feel at times, since you'll want to earn a special shot, then use it to kill four more aliens, which will give you another special shot, and so on.

The game's biggest problem is its lack of difficulty. Anyone with a bit of shooter skill should be able to whip through the entire game in less than 90 minutes. The bosses are occasionally difficult, but you'll have built up so many extra lives by that point that it won't really matter. Beating all of the game's 80 levels will, just as you'd expect, unlock the original Space Invaders.

The graphics are quite boring, and they don't really give the game a retro feel at all. Other than one of the end-level bosses, which was taken from the original Space Invaders cabinet art, none of the design in the game bears any resemblance to the original game. Also, the music and sound don't have any ties to the original thumping noise of the 1978 classic.

Space Invaders is a game different enough to cancel any feelings of nostalgia, yet it isn't good enough to stand on its own. If classic games are what you're after, get a pack of classic games, or better yet, find a big arcade that still cares about the old stuff. This pretender is no substitute for the original. 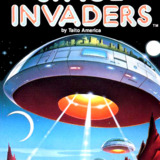 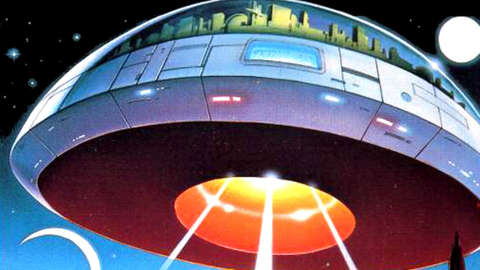