Space Giraffe is an extremely weird and well-designed arcade game, but its unique brand of madness isn't for everyone.

Space Giraffe's name is like a warning shot, fired to let you know that the game you're considering is completely and totally bonkers. At first glance, Space Giraffe looks like someone infected Atari's Tempest with a devastating virus. It's complete madness, and initially, it's impossible to believe that there's actually a sensible game happening on top of all the psychedelic color cycling, animal bleats, and what sounds like an old Defender machine having an argument with a Commodore 64. But once you take the time to figure out what, exactly, is going on, Space Giraffe begins to make perfect sense...which in turn makes you question your own sanity. This game isn't for everyone, but if you're looking for something that lies somewhere between an exciting arcade shooter and a twisted experiment in synesthesia, you'll quite possibly fall in love with Space Giraffe.

While the game's "how to play" section quite clearly states, "Space Giraffe is not Tempest," a bulk of the concepts used in Space Giraffe are lifted directly from Tempest 2000, an update to the Atari original that was one of the few reasons to own an Atari Jaguar and also happened to be developed by Llamasoft. You control a ship--in this case a giraffe from space--that sits atop a vector-based web. Enemies materialize at the bottom of the web and work their way up toward you, firing off shots as they proceed. You need to blast them before they get you.

Or do you? That's where Space Giraffe breaks from the Tempest design most dramatically, by introducing the concept of "bulling." If enemies got to the top of the web in Tempest, you were screwed. In Space Giraffe, under certain conditions, you can actually ram into the enemy grunts and "bull" them off of the web entirely. Taking out lots of enemies in one swoosh of the analog stick raises your score multiplier, which has a serious impact on your score. Additionally, you can aim your shots left and right using the right analog stick, jump off of the web to take out more serious enemies if they get to your side of the web, and pop off a superzapper that eliminates most of the enemies onscreen. The game is full of crazy secrets and nuances beyond this basic description, which is why the game's quick, three-level tutorial is an absolute must. Without that basic tutorial, the game quickly shifts back into madness and becomes almost entirely incomprehensible.

There are 100 levels in Space Giraffe, and each one has a different shape to its web. Some are basic ovals and other geometric shapes, and they don't look too far out compared to what you'd see in the original Tempest. But there are also spirals, squiggly lines, and a lot of other wild shapes. Different levels have different graphics as well, so the color cycling changes too. Some levels have ghostly shapes in the background, ranging from Llamasoft's trademark beasties to Microsoft executive J Allard, who makes a cameo appearance in "The Eyes of Allard." The background is also a music visualizer, which shouldn't be too surprising, as the developer has a long history with such visual toys, up to and including Neon, the visualizer that runs in the Xbox 360's music player.

Once you figure out what's happening in Space Giraffe, you should be good for the first third of the levels, but at that point, the game seems to ramp up in difficulty. It becomes a bit hard to see things like enemy shots in some levels, and you'll be forced to rely on sound in some cases. Aside from the three electronic tracks that play, the game has a unique sound for just about every onscreen event. If you listen closely, you'll know that you just shot a flower before it could start growing, or that lots of enemy fire is about to head your way. Honing your senses to respond quickly to Space Giraffe's audio and visuals is most definitely a process, but as the game starts to unfold and make sense, it also feels very rewarding.

As an arcade-style game, scoring is very important in Space Giraffe, and the game has numerous ways of letting you know how you're doing. At the end of each level, as the game is blasting you with funny NES-era bad translations and game-related sayings like "Congraturation! You success! A winner is you! But our giraffe is in another castle," it also judges your score, again with words, giving you ranks such as "semi-respectable," "nearly good," and the ever-popular "meh." At the end of a game, a graph is shown, marking where the line for playing "good" is, and where your score matched up from level to level. Online leaderboards also give the game a sense of multiplayer competition. Thankfully, you won't have to sit down and play all 100 levels in one game, though there's an achievement for doing so and a hardcore leaderboard for games that begin on level one. If you enter a level with three or more lives, you set a start score for that level. Then, on subsequent games, you can begin at that level and earn back your previous score by beating the current level. This makes your score and leaderboard position something you can chip away at over time, making the game great for short bursts, as well as protracted freak-out sessions.

Space Giraffe is an extremely divisive game that only a specific subset of consumers will be able to get into, but it's most definitely a well-made game that refuses to compromise its warped vision for your benefit. Whether that sounds totally compelling or not, you should at least download the demo of this game and give it a go. There's enough there to let you know if you'll enjoy the full game. And at the bargain price of 400 points ($5), you won't be risking much if you do decide to take the plunge on the full game. 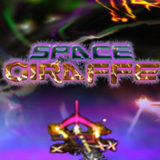 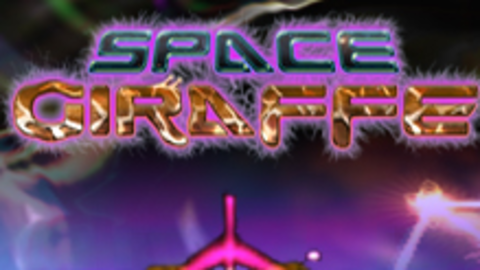 Jeff Minter's Space Giraffe is a psychedelic shooter for Xbox Live Arcade that has a few things in common with Atari's Tempest.