South Park is definitely one of those games that is bound to come up when you start thinking about the worst game you've ever played.

Remember that show South Park? Remember how amazingly funny the movie was? Remember that lame first-person shooter that Acclaim put out for the PC and N64? Now that some people have started including the phrase "back when the show was still funny" in their descriptions of South Park, Acclaim has released its already weak South Park 3D shooter on the PlayStation. The game that is not only old (the N64 version was released about ten months ago), but it is also devoid of any fun whatsoever.

Rather than stick with existing voice work, Acclaim produced custom speech with Trey Parker, Matt Stone, and Isaac Hayes, so the storyline is properly voiced throughout the game. The speech really goes a long way in making the story (a comet is passing near South Park, wackiness ensues) at least listenable. Each episode is broken up into a few sublevels. The enemies usually remain the same from sublevel to sublevel and change entirely between levels. The first episode forces you to deal with hundreds of insane turkeys, while the second pits you against hundreds of mutant clones. The enemies change, but the game pretty much remains the same. You, playing as one of the four kids, pick up the other three kids. From there, you have a couple levels packed with the enemy du jour as well as with larger versions of enemies called tanks, which generate the smaller monsters. Occasionally, you'll get tossed into a level where you must destroy several tanks very quickly to keep them from destroying South Park. Then you'll face the level's boss, save the town from destruction, listen to Chef talk about how good you are, and move on. The Chef cutscenes are done in prerendered video clips, and they look as though someone had hooked the N64 version of the game up to a VCR, recorded all the clips, and digitized them for the PlayStation version. The game also has two-player multiplayer, but the weapons (dodge balls, dart guns, etc.), level design (way too big), and player movement (eternally sluggish) really don't lend themselves very well to the multiplayer game.

Speaking of level design, it's really quite bad, but given the license, it at least makes sense. You'll spend a good portion of your time in extremely large, open areas, such as the middle of the street, large fields, and the like. This leads to a very close horizon, complete with loads of pop-up. Plus, since the ground and fog are both white, you'll eventually spend some time staring at a completely white screen, hoping that you're actually moving and not just bumping up against a wall of snow. Sure, it's a cold, snowy Colorado town, so visibility is naturally low, but it still gets in the way of the gameplay. So with the fog as bad as it is, you're forced to stare at your radar almost constantly.

South Park (the show) has a pretty basic art style. It's pretty hard to mess it up. But the PlayStation version, with its reduced-poly models and bad video quality, somehow manages to look absolutely terrible. The only thing uglier than the graphics is the in-game sound - 90 percent of it is the repetitive, super-annoying noises made by the monsters. Five minutes of constant turkey gobbling in the first level will be enough to drive some from the game. Also, the kids speak from time to time, usually to announce that you've acquired a weapon or item, but this, too, is extremely limited and repetitive.

Between the abysmal graphics, bad sound, and horrible gameplay, South Park is definitely one of those games that is bound to come up when you start thinking about the worst game you've ever played. It's a real throwback to the days of completely worthless games with decent licenses - the kind Acclaim used to be infamous for back in the days of 8-bit and 16-bit gaming. South Park fans looking for some interactive action would do well to wait for South Park Rally or Chef's Luv Shack. 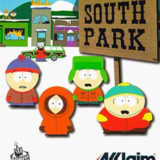 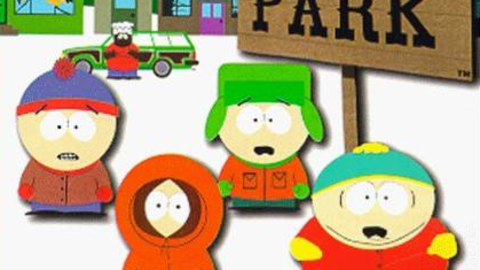 South Park is definitely one of those games that is bound to come up when you start thinking about the worst game you've ever played.