To paraphrase Cartman, you have to respect the authority of South Park Let's Go Tower Defense Play! While the lewd-and-crude cartoon has had an awful history when it comes to game adaptations (South Park Rally, anyone?), this Xbox Live Arcade exclusive nails the perverse humor of the TV show and provides challenging levels with loads of strategic depth. Balance issues and repetitive voice samples are worthy of a few gripes, but you still get a tremendous amount of game for a mere 800 Xbox Live points.

Gameplay is structured along traditional tower defense lines, with some South Park twists. The 11-mission campaign, which can be played solo or with up to three buddies cooperatively both online and off, sees mobs of the TV show's most infamous guest stars trying to overwhelm Stan, Kyle, Cartman, and Kenny through sheer force of numbers. Beating levels unlocks such characters as Butters, Jimmy, Token, and the rest of the South Park Elementary gang for use in the one-off challenge levels that also gradually open up as you progress through the campaign. You get a lot of South Park flavor, even if there isn't much of a story here. Some evil genius has apparently developed a plot to ravage South Park county, but all you really see are waves of hippies, underpants gnomes, ginger kids, Jakovasaurs, old people, woodland critters, sixth graders, and more shuffling through each level. If enough of them get from point A to point B, you lose. Your only defenses against these rampaging mobs are the boys and the towers that they build. The foursome functions as kind of a mini-army, with you freely swapping among them to throw snowballs, use special powers such as Cartman's smartbomb or Stan's speed buff, and collect the coins needed to purchase the towers and walls necessary to take down the bad guys.

While all this sounds kind of simpleminded, Let's Go Tower Defense Play! actually has a great deal of strategic depth. After you get through the first few levels and unite the main characters, the maps become seriously difficult. Enemy waves start coming fast and furiously, forcing you to smartly position the boys (they throw snowballs at enemies within range but cannot move on their own in solo games) according to their varying skills (Cartman's slow, while Kyle's fast, for instance) to build intricate defenses. Many towers are available, including laser cannons made from barbecues, cardboard-tube pitching machines that hurl snowballs, mortarlike cherry bombs, and rocket-launcher-mimicking bundles of fireworks. All can be upgraded once, and each is geared for specific situations. Cherry bombs, for instance, are best for tanklike slower foes, such as old people, because they shoot powerful ordnance that sets enemies on fire. Lasers are best for faster baddies, such as those satanic woodland critters, because of a rapid fire rate and devastating immediate damage. Levels always feature multiple enemy types, preventing you from relying exclusively on one sort of tower. The cherry bombs set up for old people don't work too well when zippy underpants gnomes race onto the scene. Later levels force you to construct elaborate tower defense layers, with the likes of fast-firing lasers up front and heavy hitters, such as the cherry bombs, in the back. Snow walls are also needed to slow down enemy waves and to set up murder alleys. If you force a mob of sixth graders to navigate through a snowy maze, you give your towers extra time to gun them down.

Still, playing through the campaign, at least when you're alone, can often be overwhelming. Levels go from mildly engaging to seriously challenging after the initial tutorial missions that show the boys coming together. Then, the levels ramp all the way up to incredibly hard at the midway point of the campaign. The game is structured more for co-op play than a solo experience because of the difficulty and because playing with a friend offers the ability to strategize to coordinate defenses. You can beat the levels on your own and have a lot of fun in the process, but it requires experimentation and near-perfect switching of the boys to make sure that you have a lot of snowballs to fire at enemy waves at all times. Even the slightest screw-up--like misplacing a wall that lets enemies roar through or building a tower in the wrong spot--can cause you to fail a level. This never really gets frustrating, though. Levels chug along at a quick pace. You also make some headway during each attempt and feel like you're gradually figuring things out even when constantly losing. And if all else fails, you can drop the difficulty to easy, which is more forgiving.

A great South Park atmosphere also makes the tough stuff easier to take. Fans of the show can't help but crack up at the constant in-jokes. Level locations feature such locales as the Hell's Pass hospital and Kenny's junkyard home. The special powers of goofy characters include Butters' insta-kill tap dancing to the accompaniment of the "I've Got Something in My Front Pocket for You" song. And the faux-Japanese voice-overs come straight out of the great "Good Times With Weapons" episode. Some of the lines from the four main protagonists get old, though. A fair number of old classics, such as Cartman's "Respect my authoritaw!" are recycled broken-record style. Some of the new comments recorded for the game are also bland observations and tips like "If things get really bad, ask me about my special power." Granted, other lines are perfectly obscene, and the ginger kids do shout "Daywalker!"

Even with these few flaws, South Park Let's Go Tower Defense Play! gives you outstanding bang for the buck. Action, strategy, and sick humor combine in one mesmerizing game that, while clearly aimed at fans of the TV show, can also be enjoyed for those who don't know their Kenny from their Cartman. 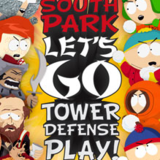 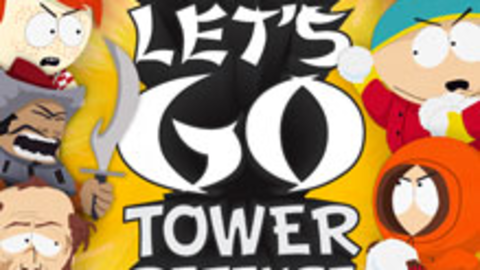